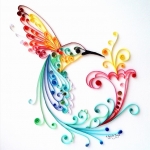 European man and woman! Complaining that you work too much? Thinking that the company is using you? Being angry at your boss, who did not install the air conditioning in your office, and at the non-ergonomic armchair, that destroys your spine? Are you annoyed, that the cleaning lady cleans the office too rarely and about that smelly trash can? 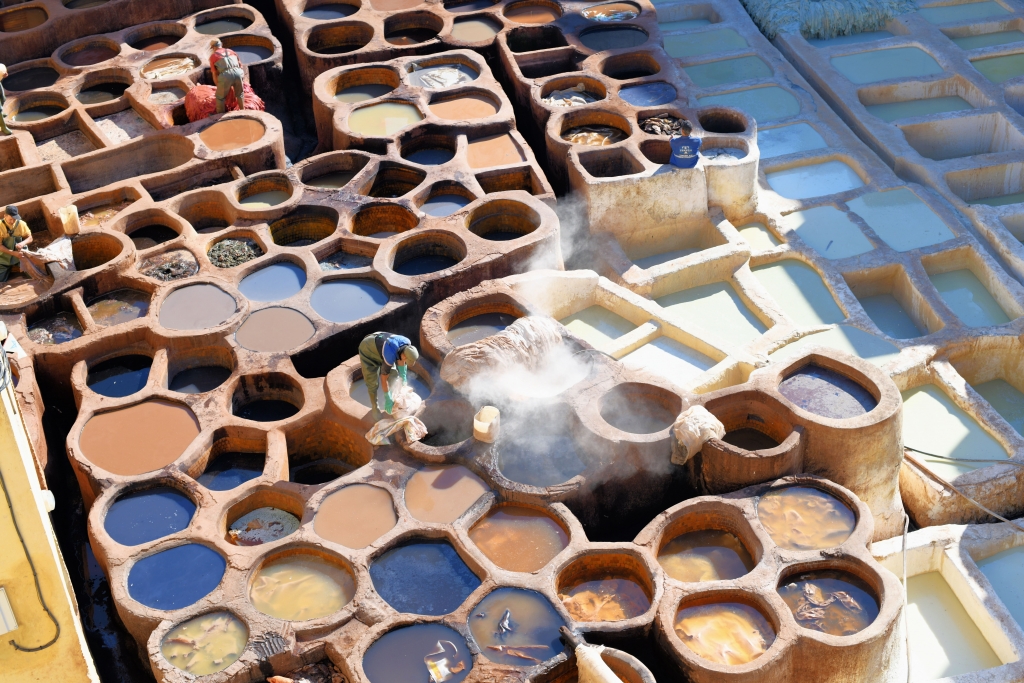 Moroccan tanneries will impress even the most indifferent. People work here, every day, during all seasons (also in 40 degrees heat, during the African summer) and they work with indescribable effort, in dirt and stench! Their working conditions have not changed much since the Middle Ages, yet being employed in this place is almost … an honour! Tanning is a family trade, inherited from grandfather to father, from father to son. In addition, it is employment for an indefinite period, which is not insignificant in African conditions.

Tanneries in Fez, are the oldest active tanneries in all of North Africa. The largest – Chouara – lies on the outskirts of the Medina, near the river and the smaller one – Sidi Moussa – is located in the center, close to the city’s most important mosques. To get there, it’s best to follow your nose. A sweet-choking odour, similar to vomit, or a spilled septic tank, hangs in the form of a heavy cloud, over the entire district. In addition to the terrible smell, the signpost that we are getting closer to the tannery, are numerous leather goods stores.

Leather backpacks, bags, belts, shoes, jackets, vests, and poufs, spilling out of the stands, as colorful as rainbow, are a surprising counterpoint, to the growing disgust, along with every breath of the surrounding air. 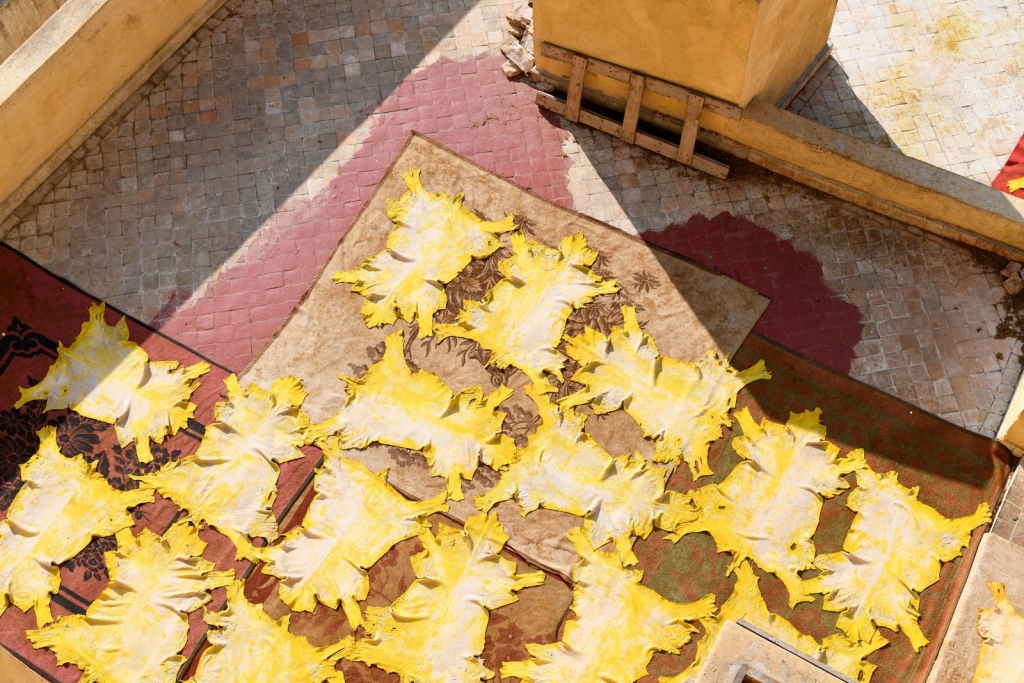 Wandering through the narrow streets, you can feel a bump growing in your throat, and the tenacious question is growing up: “Where on earth is the source of this terrible smell ?!”

The tanneries themselves are somewhat hidden, surrounded by buildings that cast a veil of shadows, onto their shocking “content”. You must first climb the steep, winding stairs to the covered terraces, to be able to somehow put together, these organoleptic puzzles in a whole picture. However, after climbing these “balconies”, before you see anything in the blinding African sun, you have to confront your nostrils with a shock wave of stench, that will make you dizzy and nauseous! Sprigs of mint, distributed before entering here, are of little use… Meanwhile, when you look down, there are clay wells with differently colored, liquid contents. And in these wells, people are working, often immersed in the liquid, up until their belt! In tubs with white content, a solution of slaked hectoliters of pigeon feces. The skins immersed repeatedly in bird droppings, which are a rich source of ammonia, become soft and elastic. In other tubs, a thick suspension overflows in ocher, burgundy, and green colors, naturally dyed with saffron, henna, or mint.

The steps in the production of leather include, in order: soaking, liming, removal of extraneous tissues (unhairing, scudding and fleshing), deliming, puering, drenching, and pickling.

Observation of this production course brought to my mind the witch treatments from European tales, who by pouring various ingredients into the cauldron, obtained some magical effect. In the Moroccan tannery, the role of Baba Yaga is played by the local Merlin, and their magic is that they can rinse a dozen heavy, wet skins in a ladle in a minute! And these are the skins of goats, camels, sheeps and cows. They hang everywhere around, on bars or are spread on wooden platforms. They look like blots of multi-colored inks.

The method of tanning leather, has hardly evolved since the Middle Ages (some vats are hundreds of years old!). Everything is handmade, what makes Moroccan leather the highest quality!

I am aware of the fact that these images and descriptions appeal to a different spectrum of sensitivity, in each one of us. We are all different and an array of phenomena affects us in many ways.

However, what shocked me the most in this experience, was the fact that a human, and his disturbingly gigantic toil, is exposed here to the public view.

Tourists, with rosy cheeks of excitement, watch these tired workers from the terraces above, like monkeys in a cage! And I’m not sure if these inhumanly tired, dirty and smelly employees, want to be watched during their work. Even without this, they have to show their motivation on a daily basis (do you imagine a 40-degree African heat in this work?!?), resistance (I go crazy after 15 minutes of this smell) and a lot of physical vigour (how funny European gyms, seem to be here).

And you, European – an environmentalist and animal rights defender-, who will be very much indignant, wake up! Hello – we are in Africa, in a continent which you, in your comfortable European reality, call the Third World! Here, the tanner has been using a rubber apron, protective boots, and tall rubber pants for only a few years! 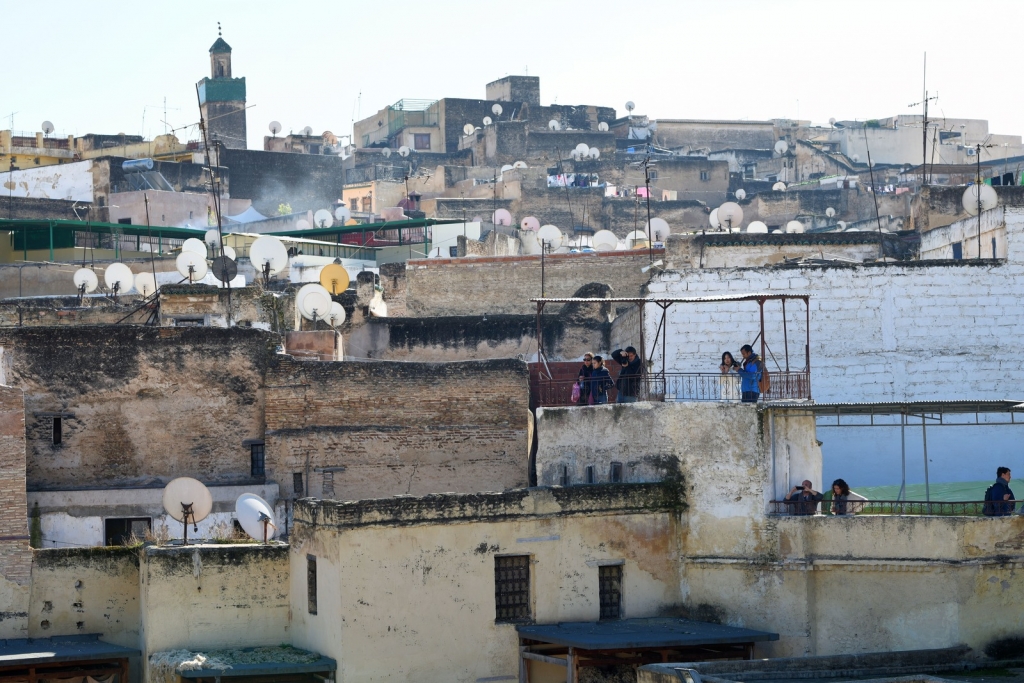 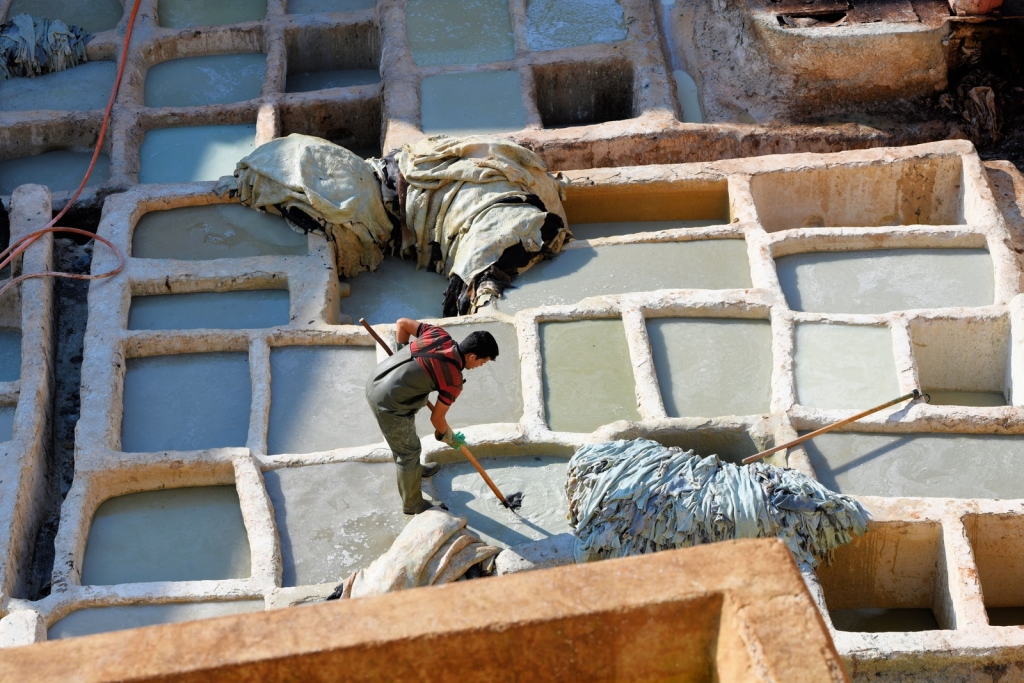 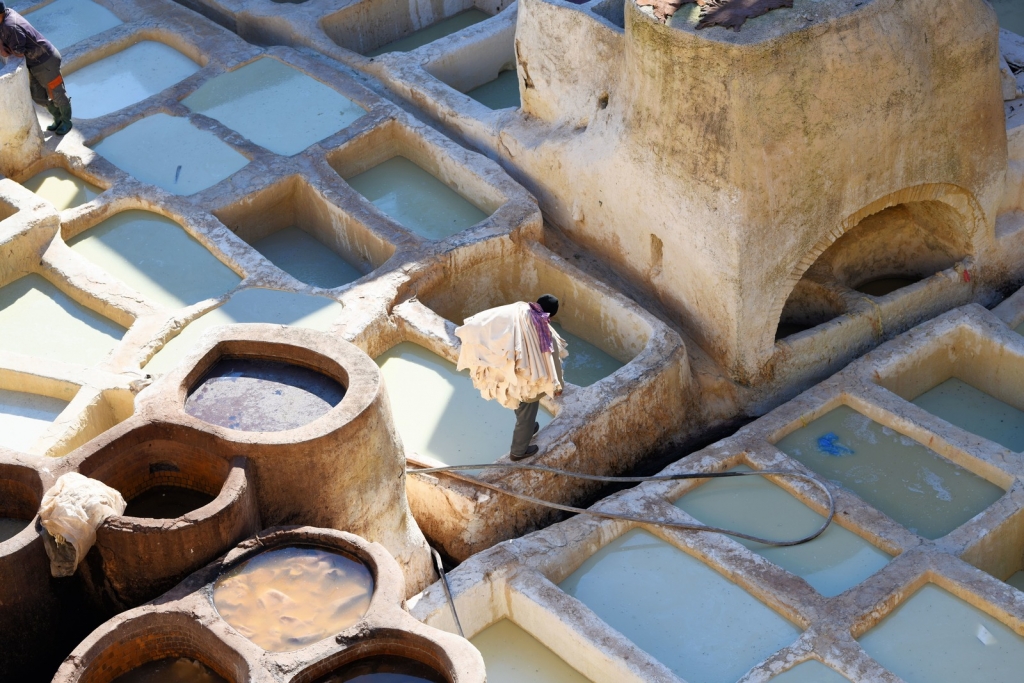 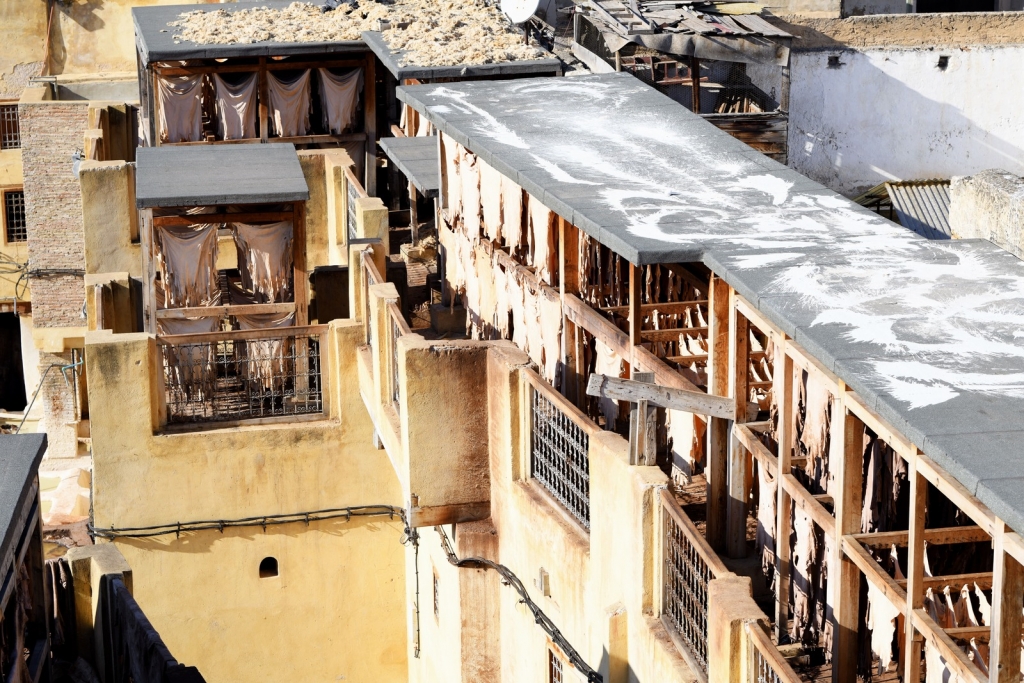 Therefore, although I’ve always been very sensitive to the fate of animals, quite consciously and with commitment, I buy from a local craftsman, some embroidered and unprecedently soft slippers, made by his wife (though I actually do not need them!).  It is because, I have great respect for all human effort, and the hard work of African tanners when I saw it, I value a lot now. And I am aware that, just like in Europe, people here also want to live and need to eat! It is best if they gain funds for this purpose, as a result of some useful occupation.