Andalusia is a region in southern Spain, with a unique culture. The Arab occupation of the peninsula, Gypsies, flamenco music, and the still zealously cultivated, Catholic religion over the centuries, created a region with a specific character. Andalusia is a place with a soul, and its lively heart loves the sun, celebrations, playing the guitar, horses, and beautifully dressed women. 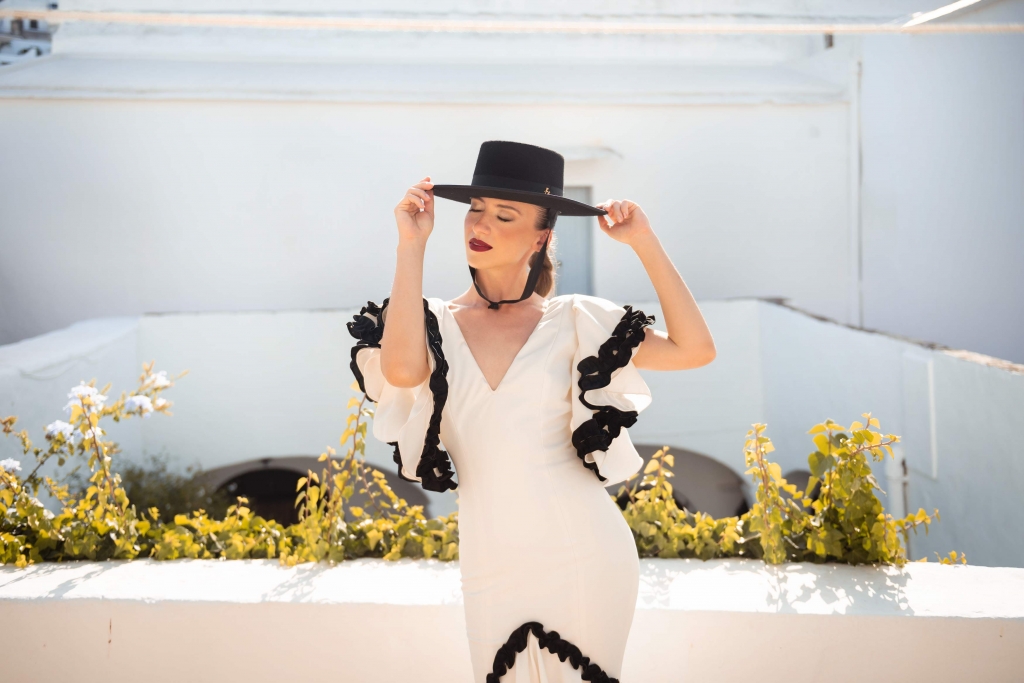 In fact, it is a paradise for women.

For weddings, on various occasions, and often just for themselves, women decorate their outfits with frills, fringes, pin-up flowers, and decorative combs in their hair. This particular style, which culminated in the emergence of modern flamenco fashion, is derived from several social phenomena from the 19th and 20th centuries. 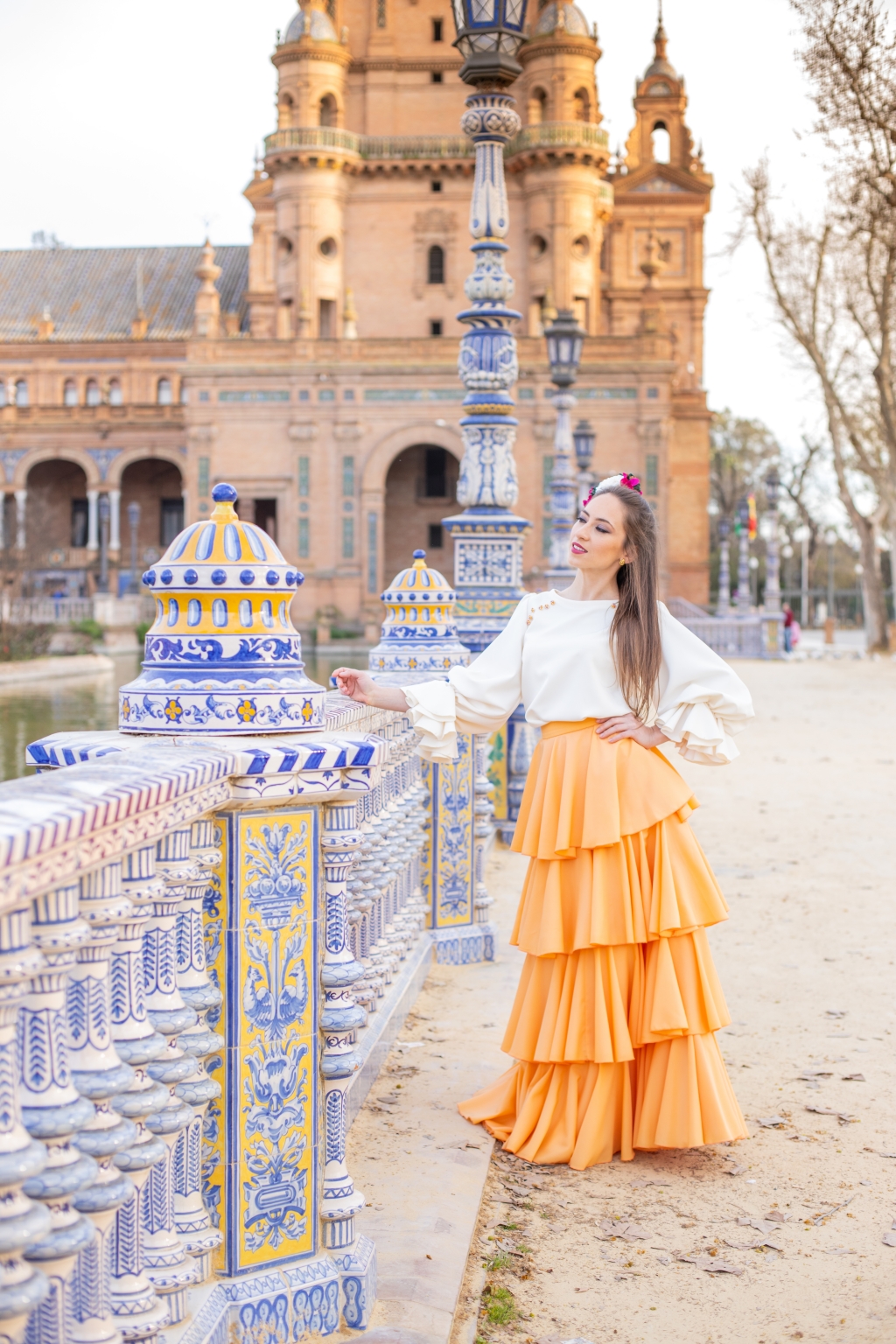 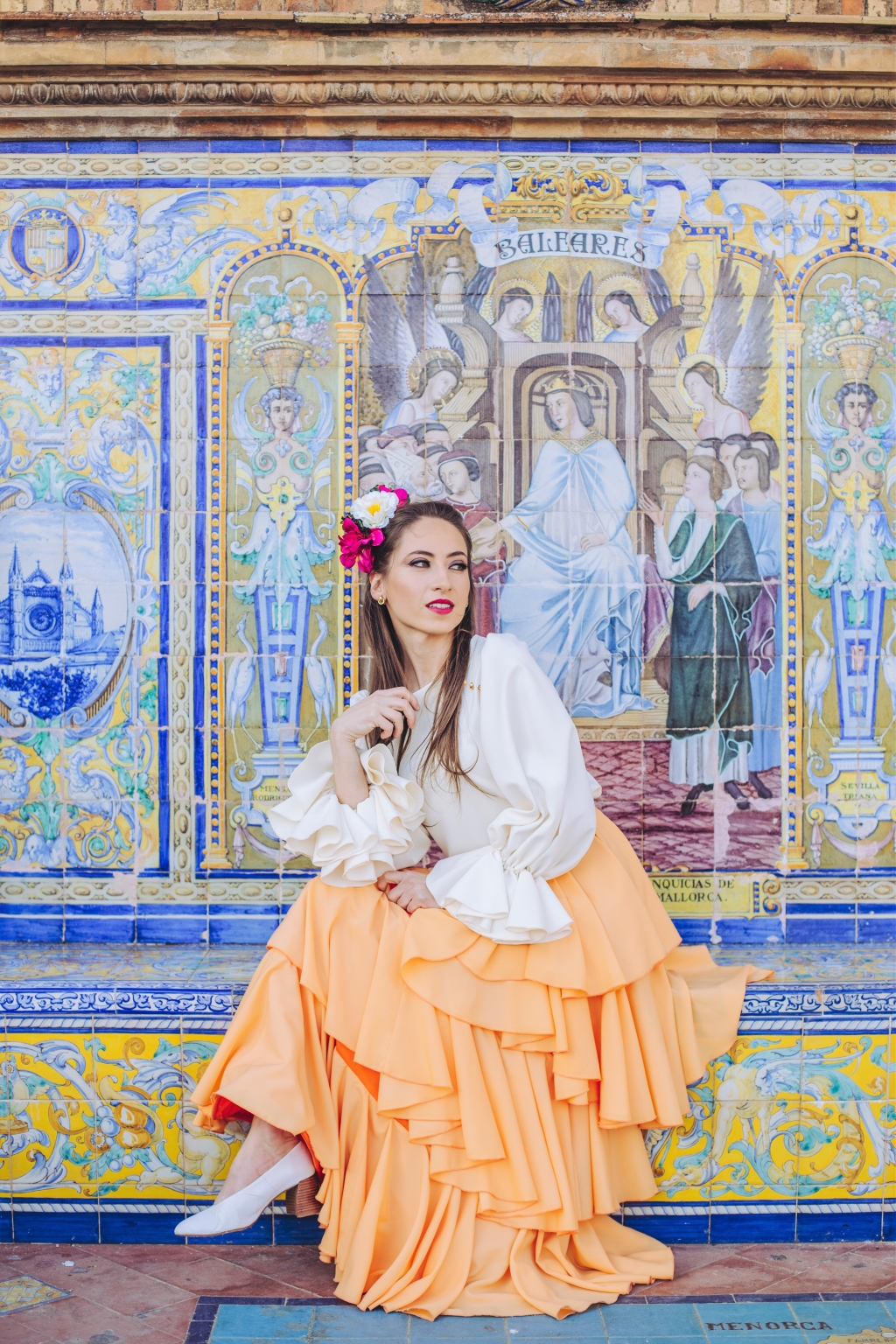 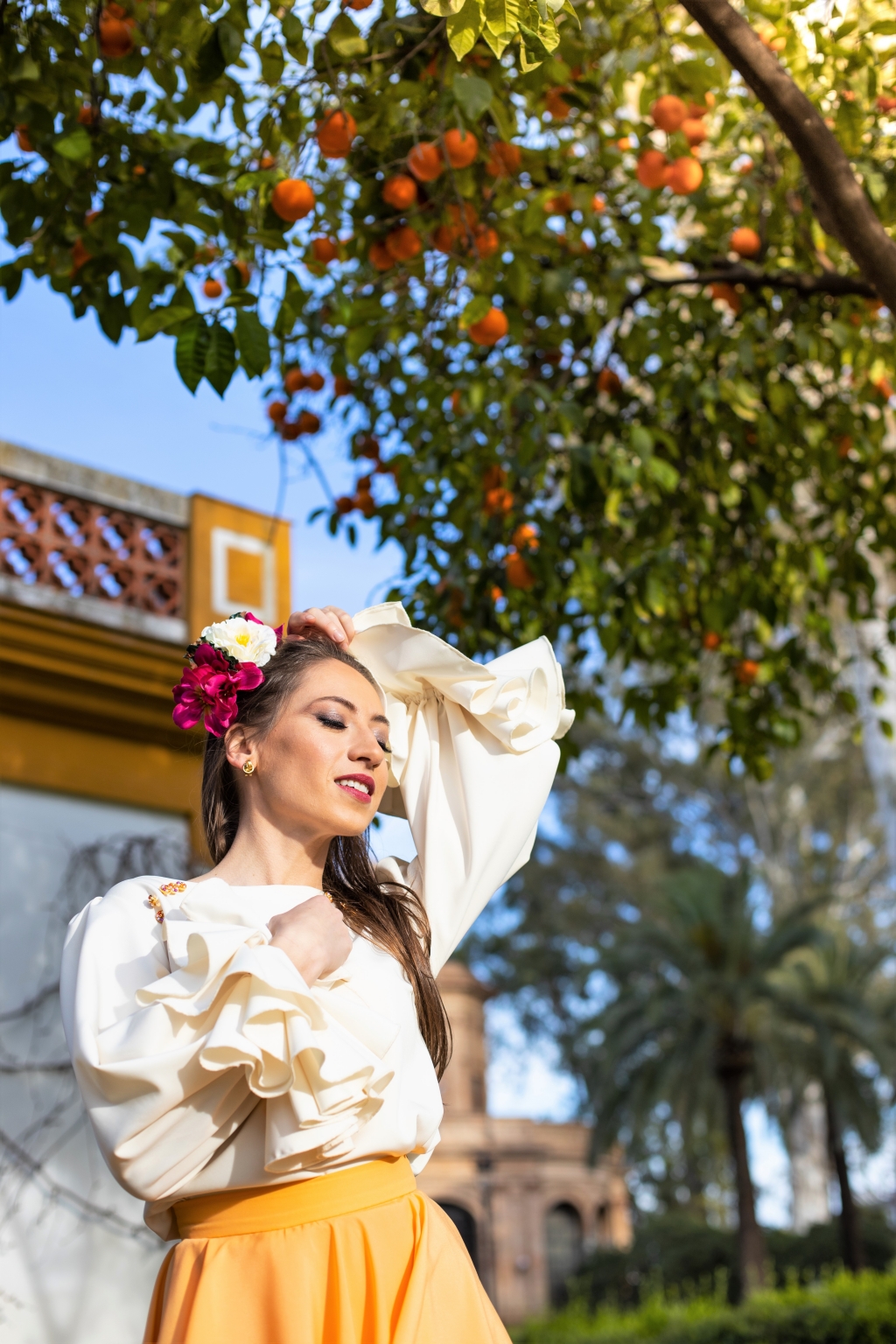 The first Gypsies appeared in Andalusia in the early 15th century. Their number gradually increased, and by the end of the century, there were so many of them, that they became a recognizable part of Spanish society. Their inborn love for music and dance gave rise to the flamenco style. The culture of dancing and singing flamenco was associated with a specific way of dressing. Gypsy women decorated their modest dresses with frills, flowers, and fringes. Over time, Spanish women liked this style so much, that ruffles soon become a traditional decoration of dresses in Seville and throughout Andalusia.

Corridas are still an essential part of Spanish culture. The bullfighting season begins in spring and ends in summer. Bullfighters, who play the role of local heroes, are dressed in colorful and intricately decorated costumes. The fashion of their vests and their sophisticated accessories have recently become an inspiration for dresses and jackets, also for women.

The national identity of the Spaniards is strongly associated with the Catholic religion. It was Christianity, which united the Arab-conquered Iberian provinces under one banner, in the fight to liberate the peninsula from Arab occupation. The Inquisition, the politics of the strong hand of the episcopate, and the exceptional zeal of the followers, with time, for many, turned into atheism. Andalusia, however, remains faithful to the Marian and Jesus cult, which flourishes to this day in the form of processions and pilgrimages. The most famous ones are organized in spring and summer, sometimes lasting several days. The pilgrimage takes place on foot, in a carriage, or on horseback. Women who ride horses, dress in the style of the Amazons, and those who go on footwear wide, ruffled dresses in muted colors, that are more comfortable for hiking. 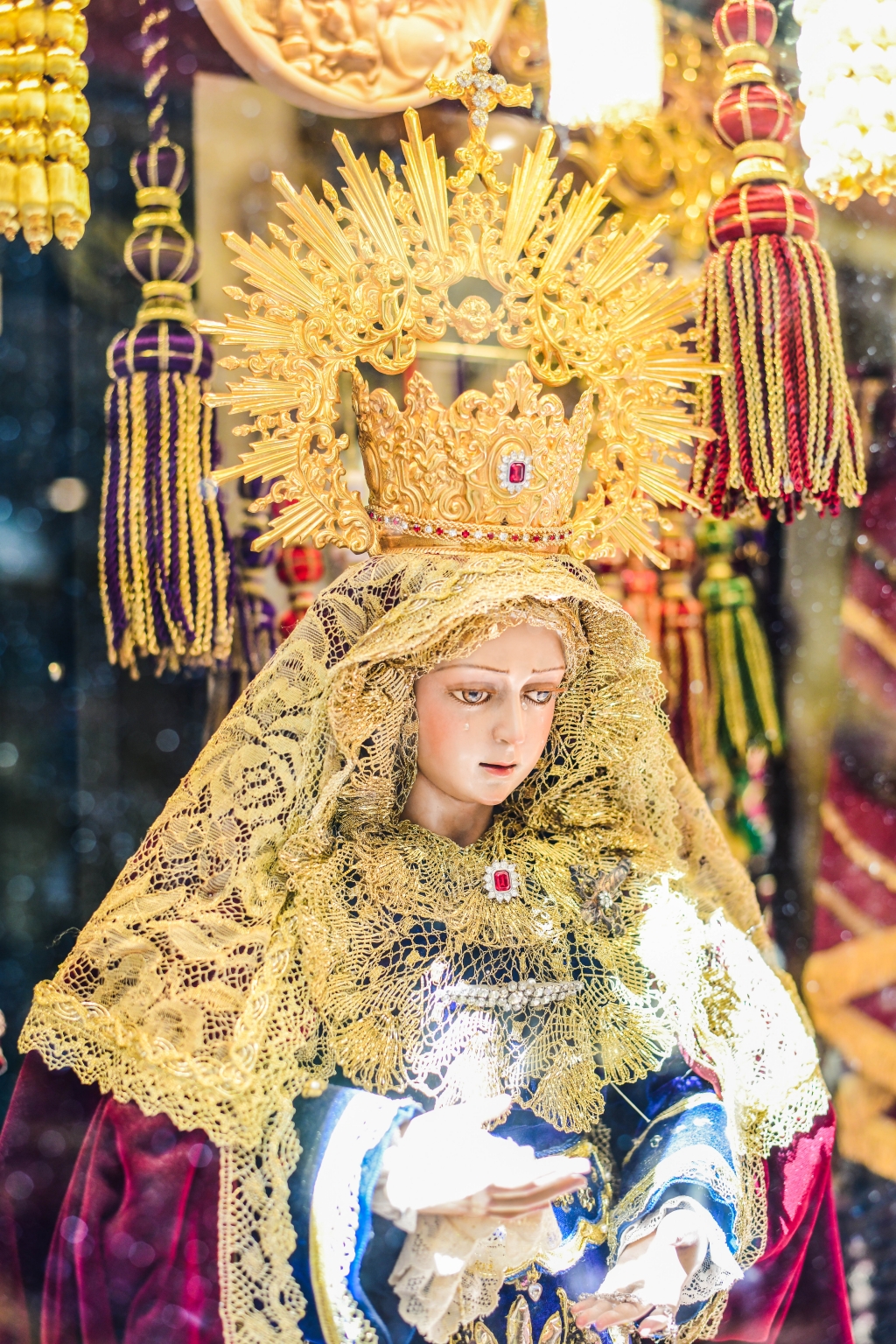 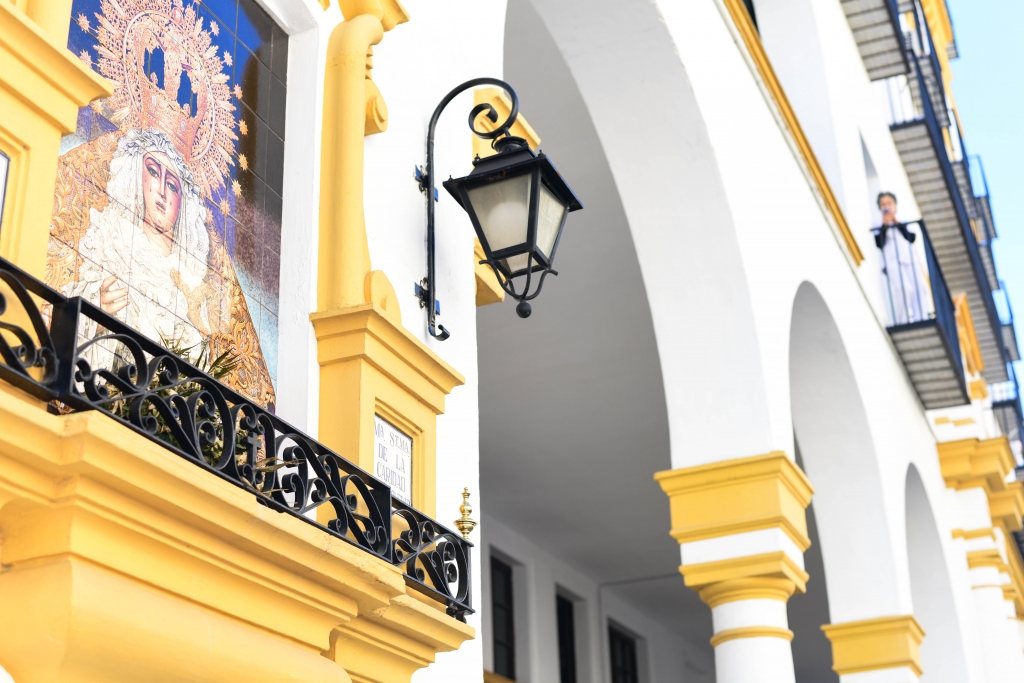 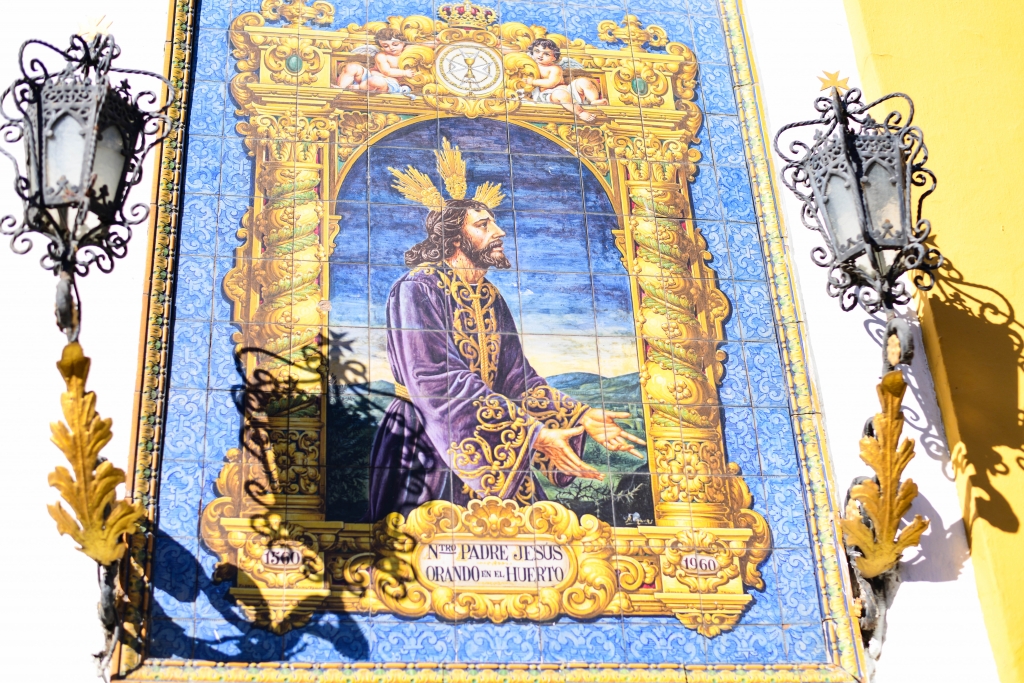 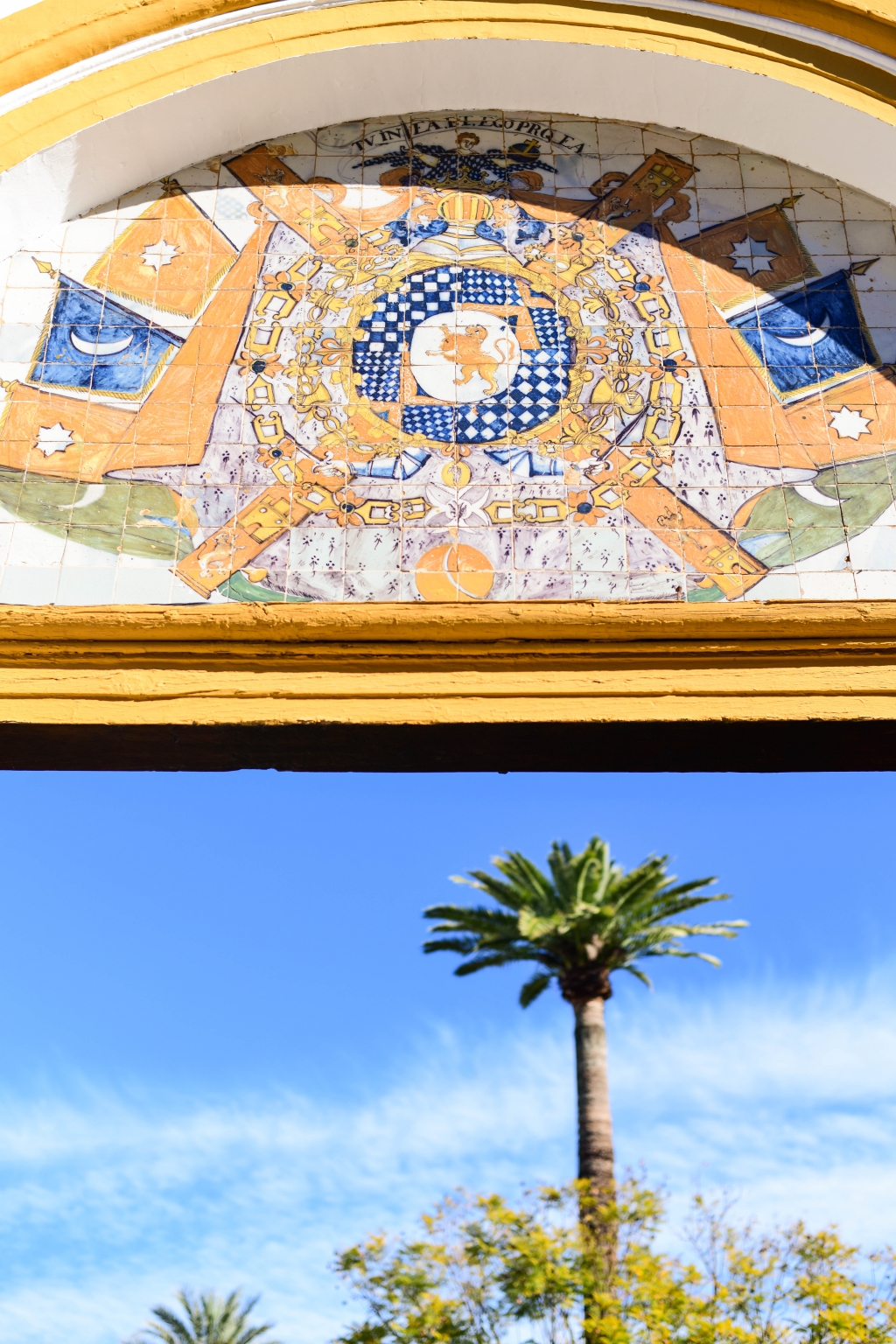 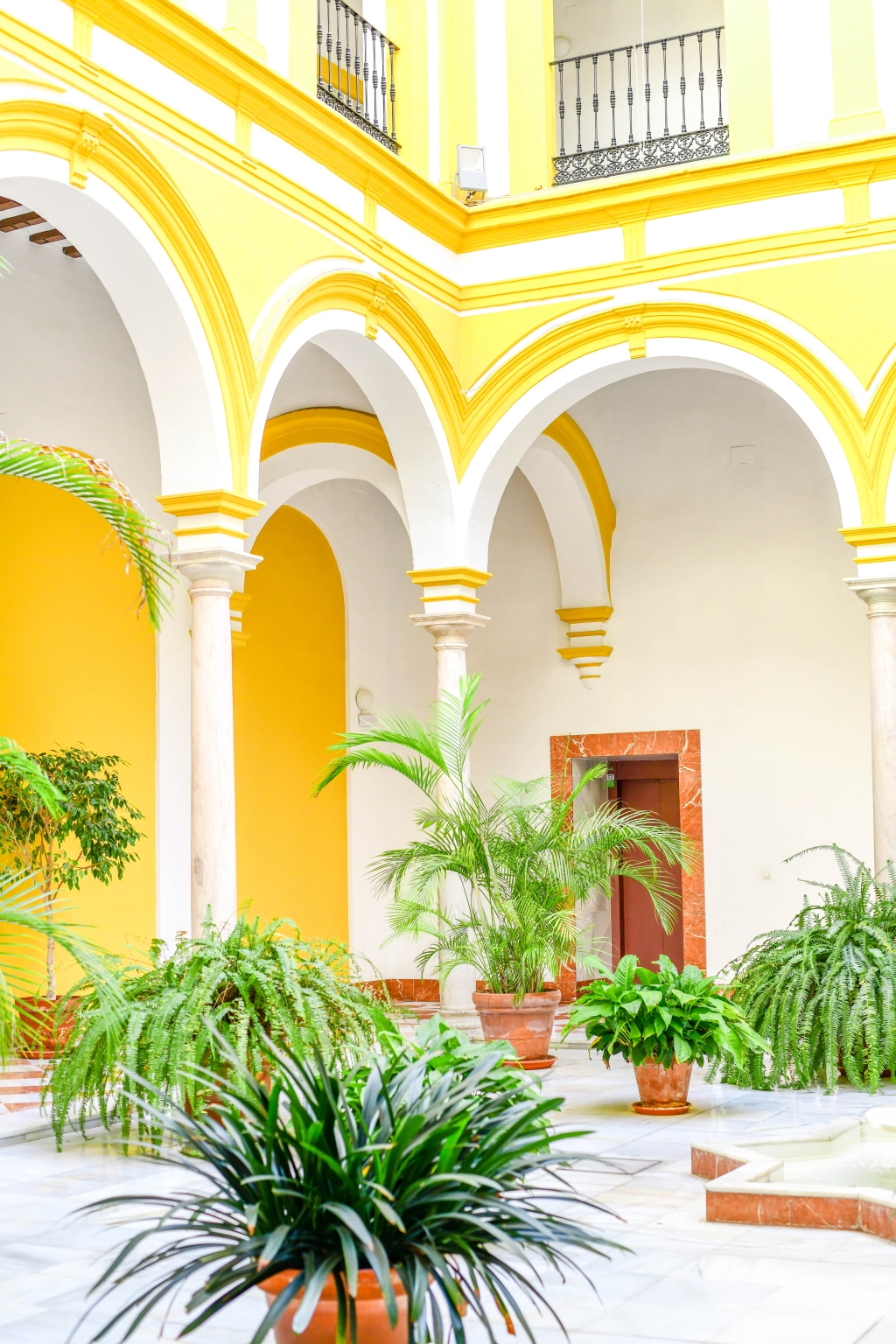 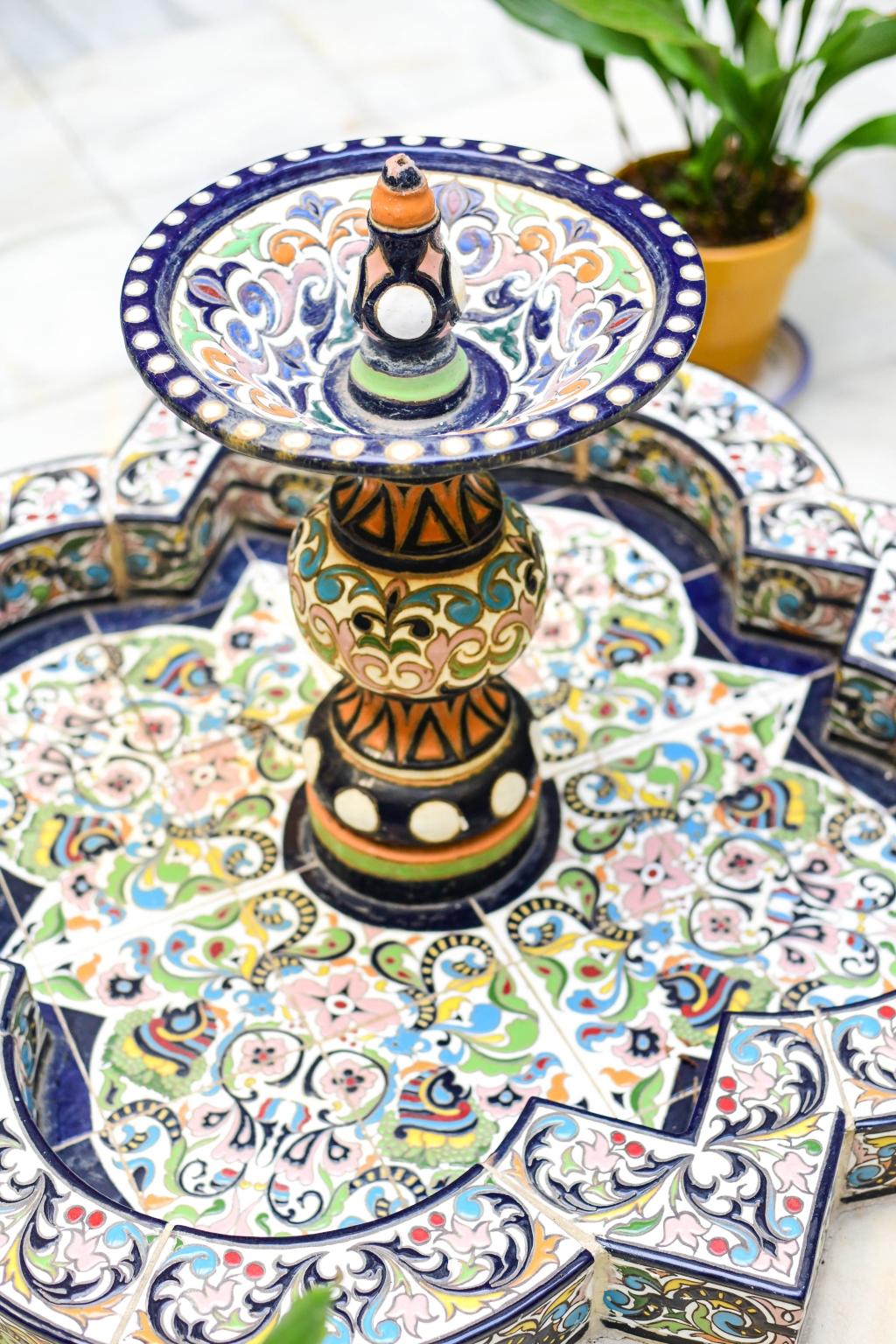 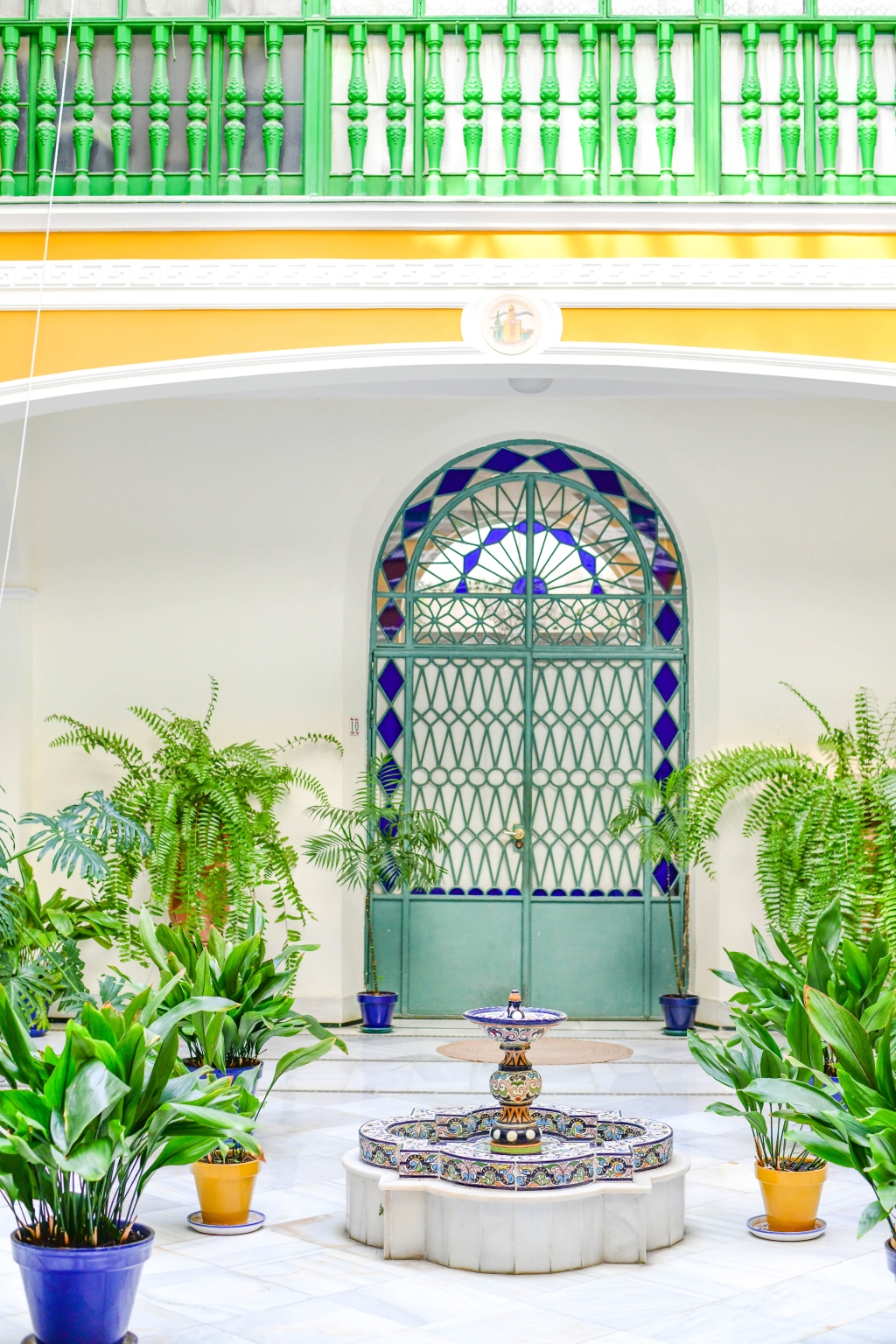 After the wedding dress, the Flamenca dress is the most beautiful costume a woman can wear. Besides, this dress is a powerful symbol of a woman’s right to express her femininity and belonging to a female clan – this is how the women of Andalusia express themselves, about the flamenco outfit.

Behind the flamenco costume, there is an extensive network of artists and artisans

A dress or shirt and skirt set, shoes, flower crowns, jewelry, shawl, combs, makeup, and hairstyle are some of the elements that create the perfect Flamenca look. There is an extensive industry in Andalusia that manufactures and sells individual elements of clothing. Numerous stylists, beauticians, and hairdressers ensure a harmonious composition as a whole.

The Flamenca dress is regional clothing that evolves in line with fashion. Its form changes a bit every year. Designers from the flamenco fashion industry, each year, present improved versions of the classic flamenco dress, inventing its new styles. The price ranges from 150 euros for a dress (when is simple and made of cheap fabric) to 2.000 euros (when designed by a famous designer and made of expensive fabric, with lots of decorations). The dress can be a copy of old, popular fashion or made to the individual request of the client. 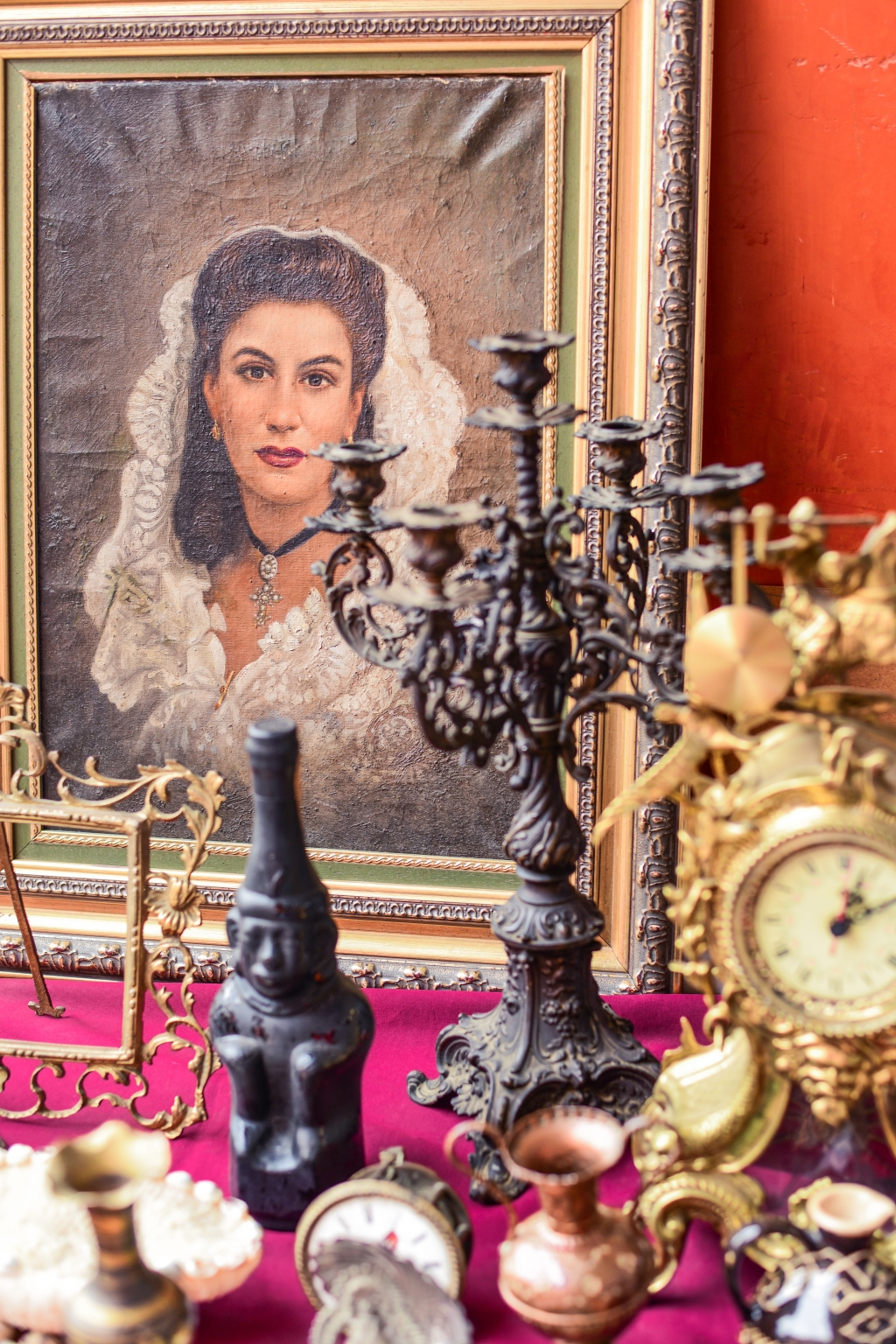 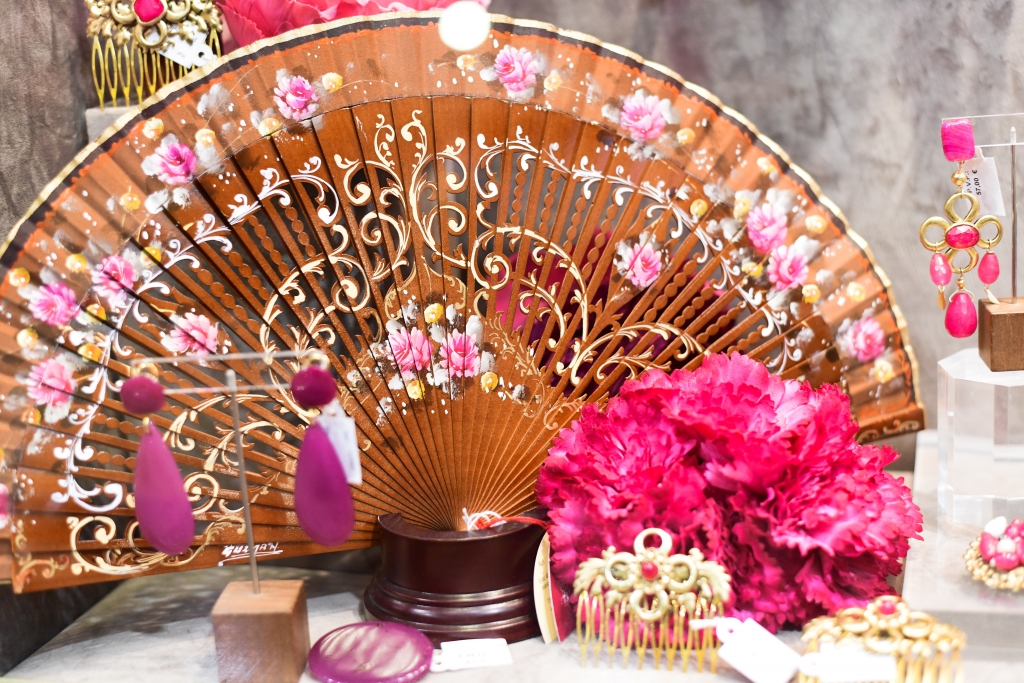 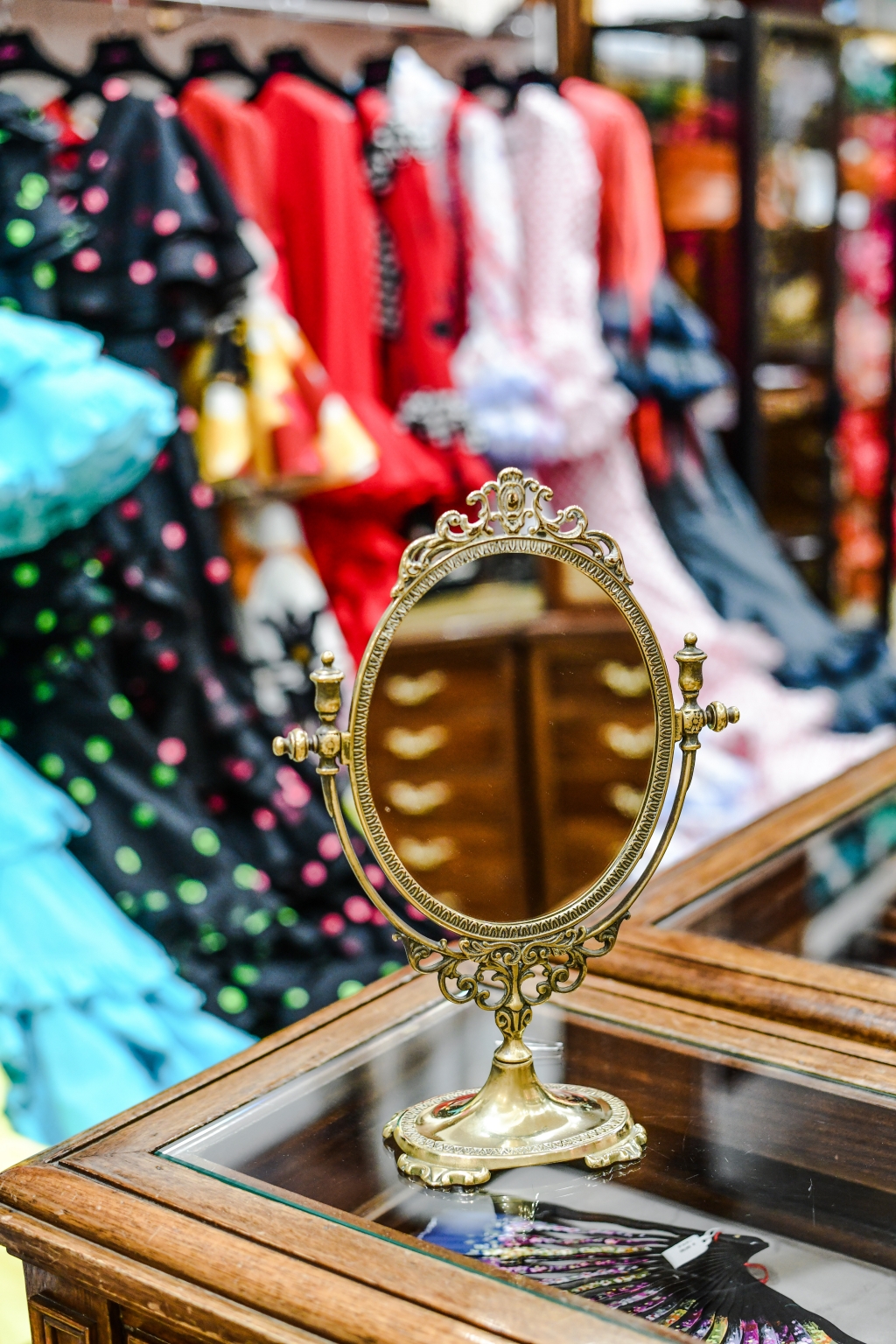 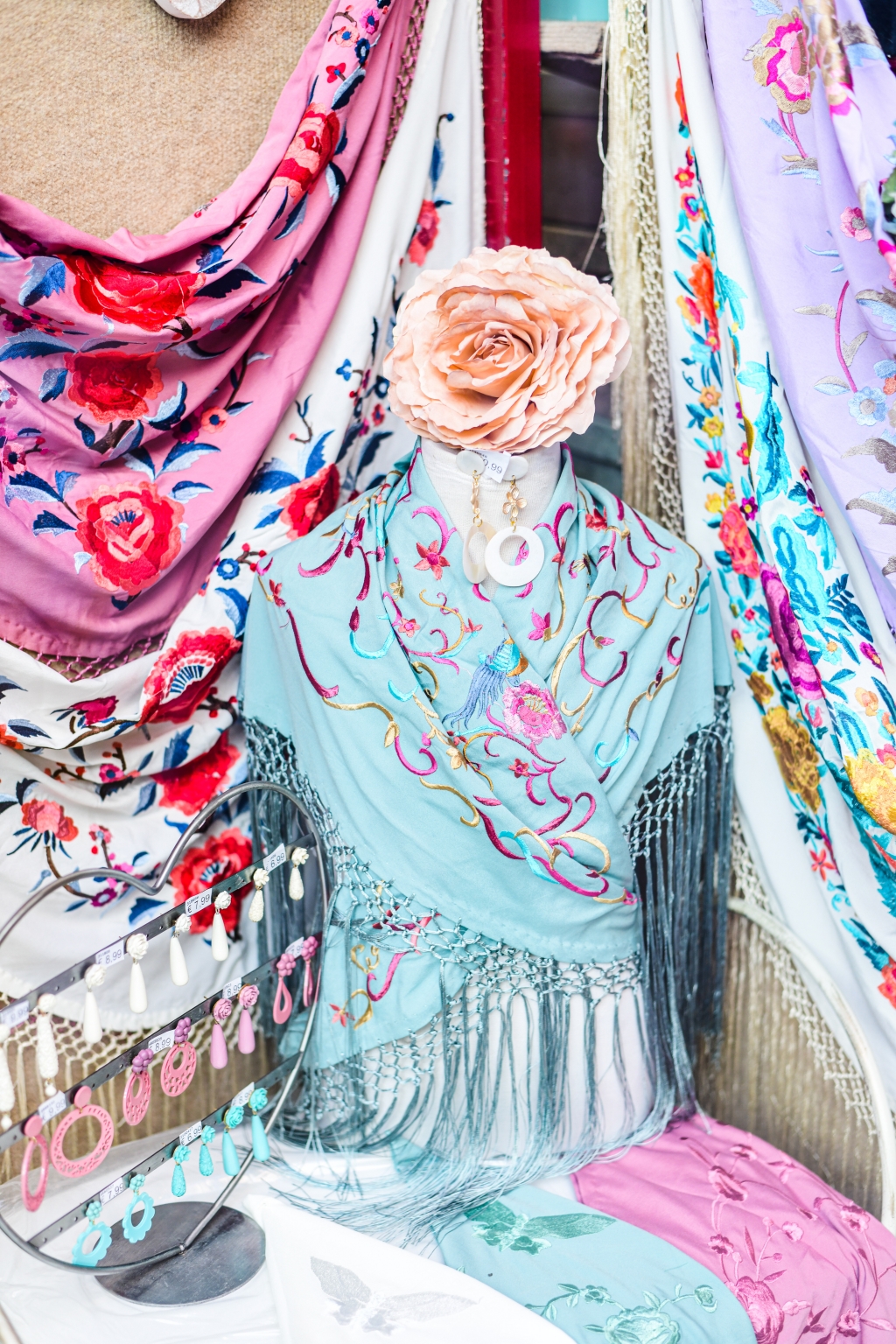 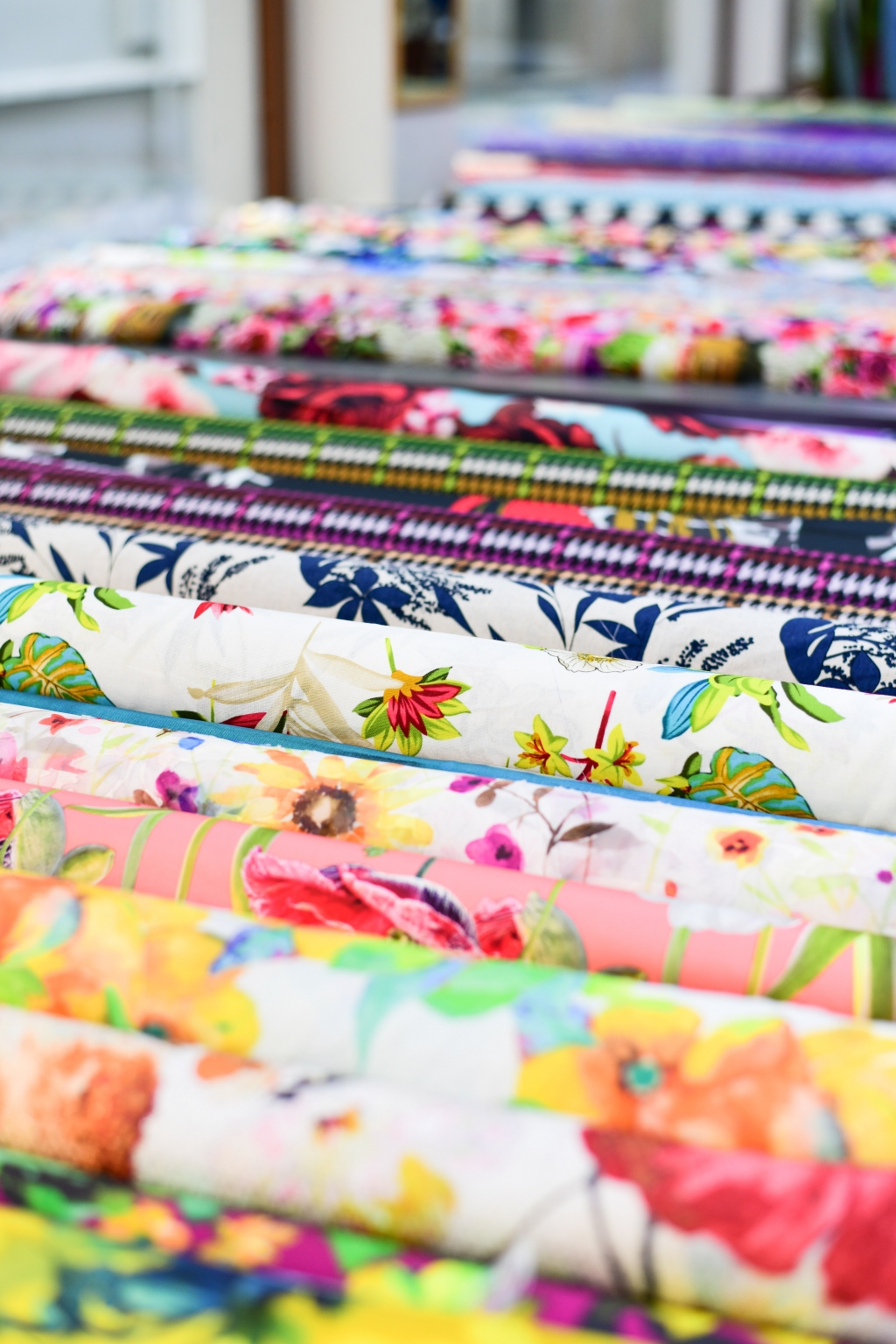 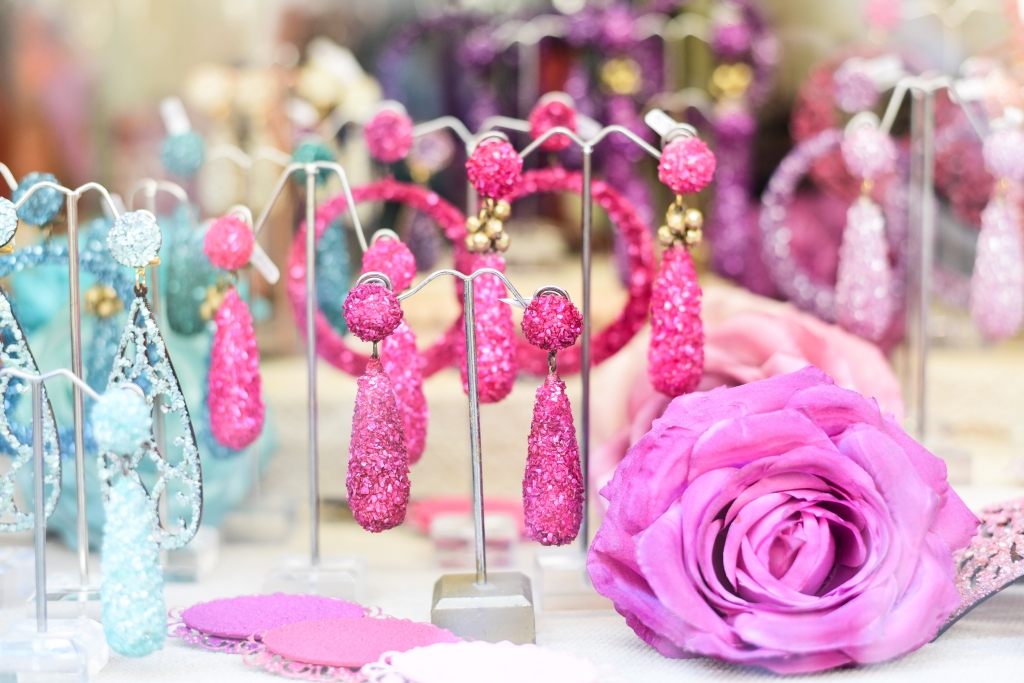 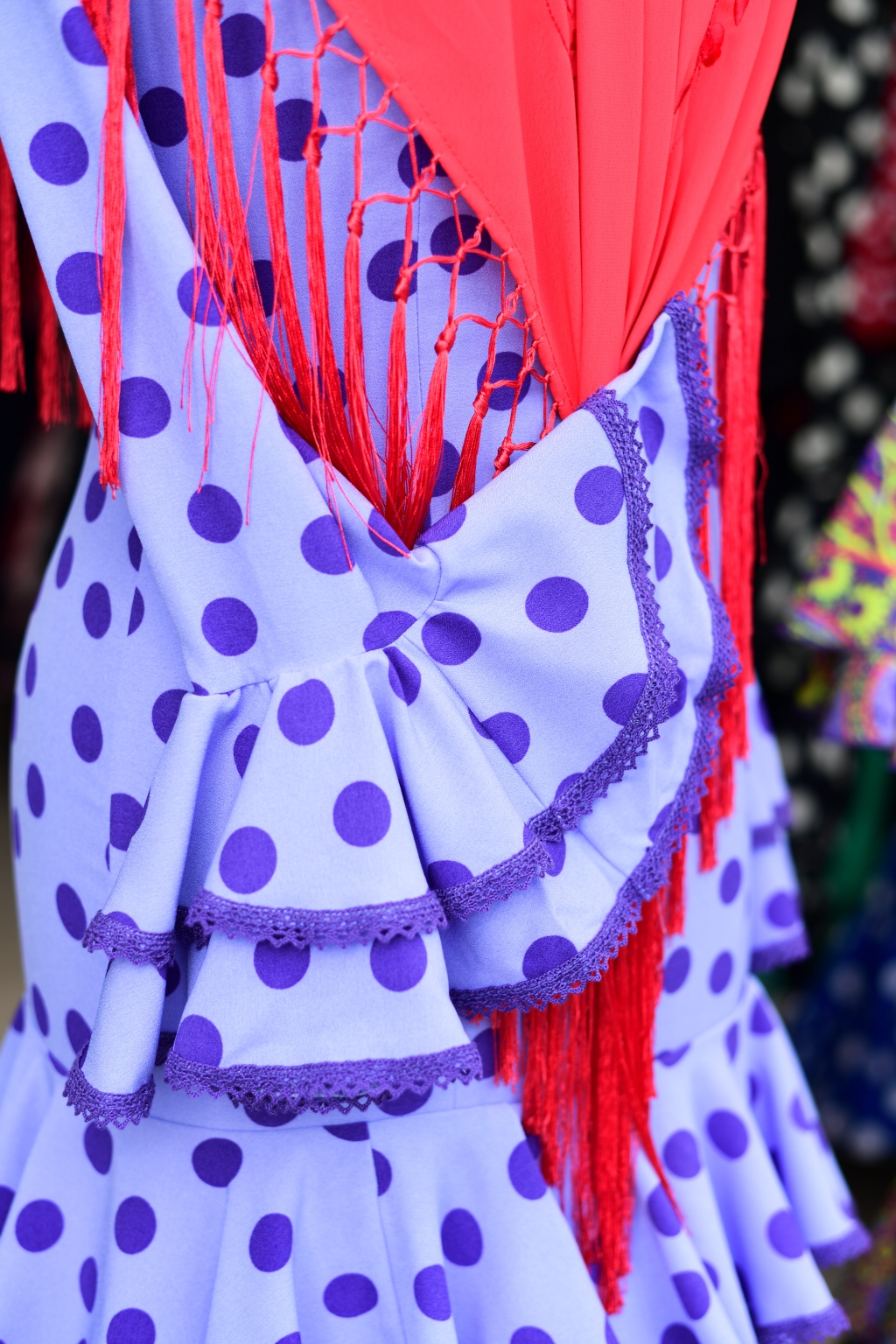 Where to see Flamenco dressed in a Flamenco outfit?

The Feria is a Spanish outdoor party. It can last a day, several days, or a whole week. It is a time off from work, a kind of celebration of life for the inhabitants of a given town. The main thing in Feria is to have a good time with family and friends. There is a variety of food, alcohol, music, and dance in it. In Andalusia, for women, this annual event has become a cult, because they are the protagonists of the event. And it happens mainly through their exquisite outfits. The biggest and well-known feria in Andalusia is the Feria de Abril in Seville, organized in the last week of April.

Numerous flamenco fashion designers work hard to make their designs stand out from the crowd. From January to April, they present their new designs at numerous fashion shows. The most famous of them are fashion shows in Seville. At the end of January, WeLoveFlamenco is held (a fashion show at the Alfonso XII hotel) and at the beginning of February, the SIMOF international flamenco fashion show, at FIBES.

Romeria is a Catholic pilgrimage, dedicated to Mary or the patron of a given town. The religious background of the ceremony is often interwoven with secular elements: music, dancing, and snacks. The largest and most spectacular pilgrimage in Andalusia, is the Romeria organized from Almonte do el Rocio village, on the border of the Doñana National Park. On the day of the main celebration – 50 days after Easter Sunday, thousands of pilgrims from Spain and abroad come here. The women participating in the procession, are dressed in traditional frilly dresses and fringed scarves. Men, often riding horses, wear typical vests and wide-brimmed hats.

In Andalusia, many bars and restaurants organize dance shows and flamenco concerts. The dancing and singing artists are dressed in different versions of the flamenco outfit, depending on the size and grandeur of the event. In tourist places, you can meet individual dancer,s who give a dance show on promenades or in parks. 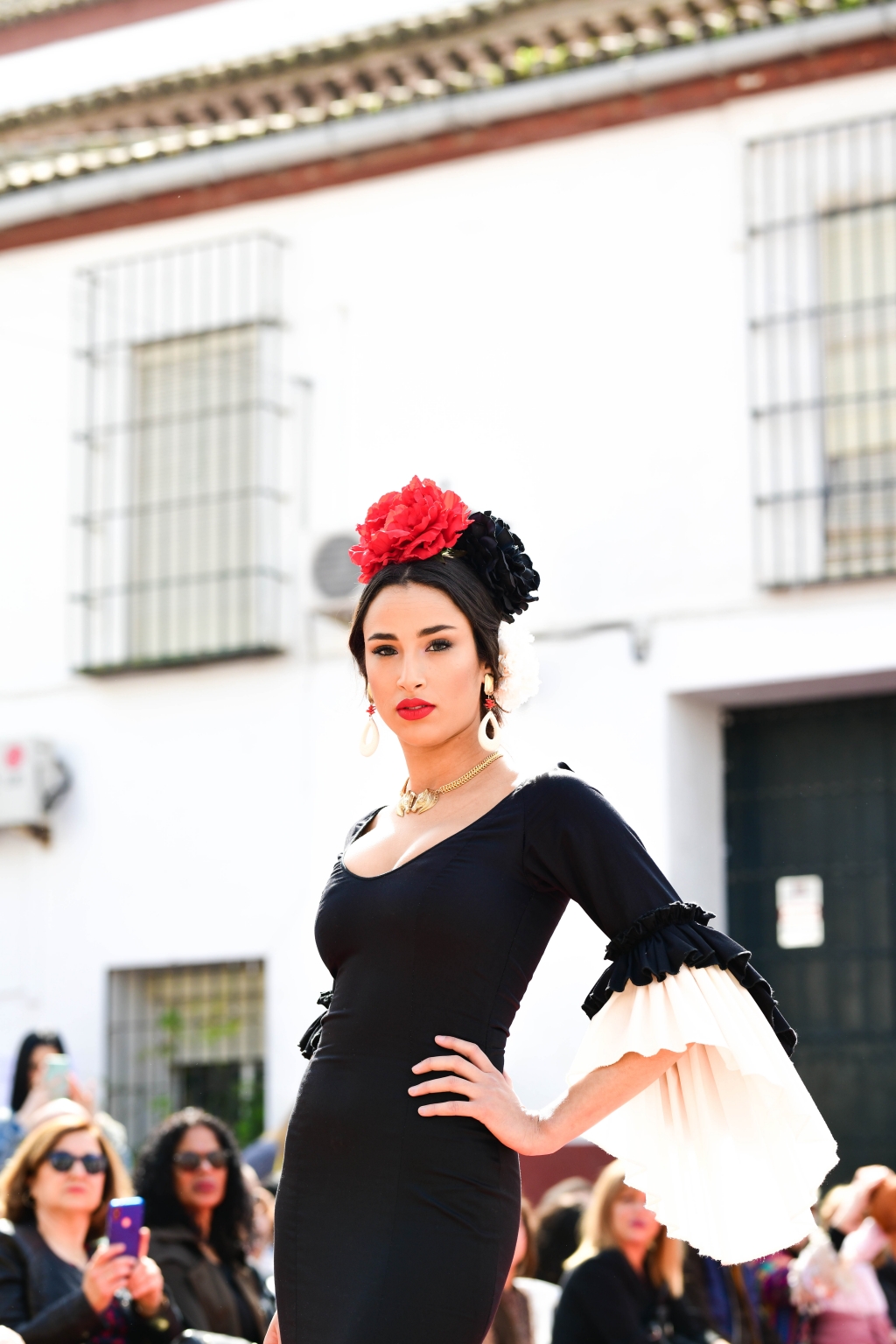 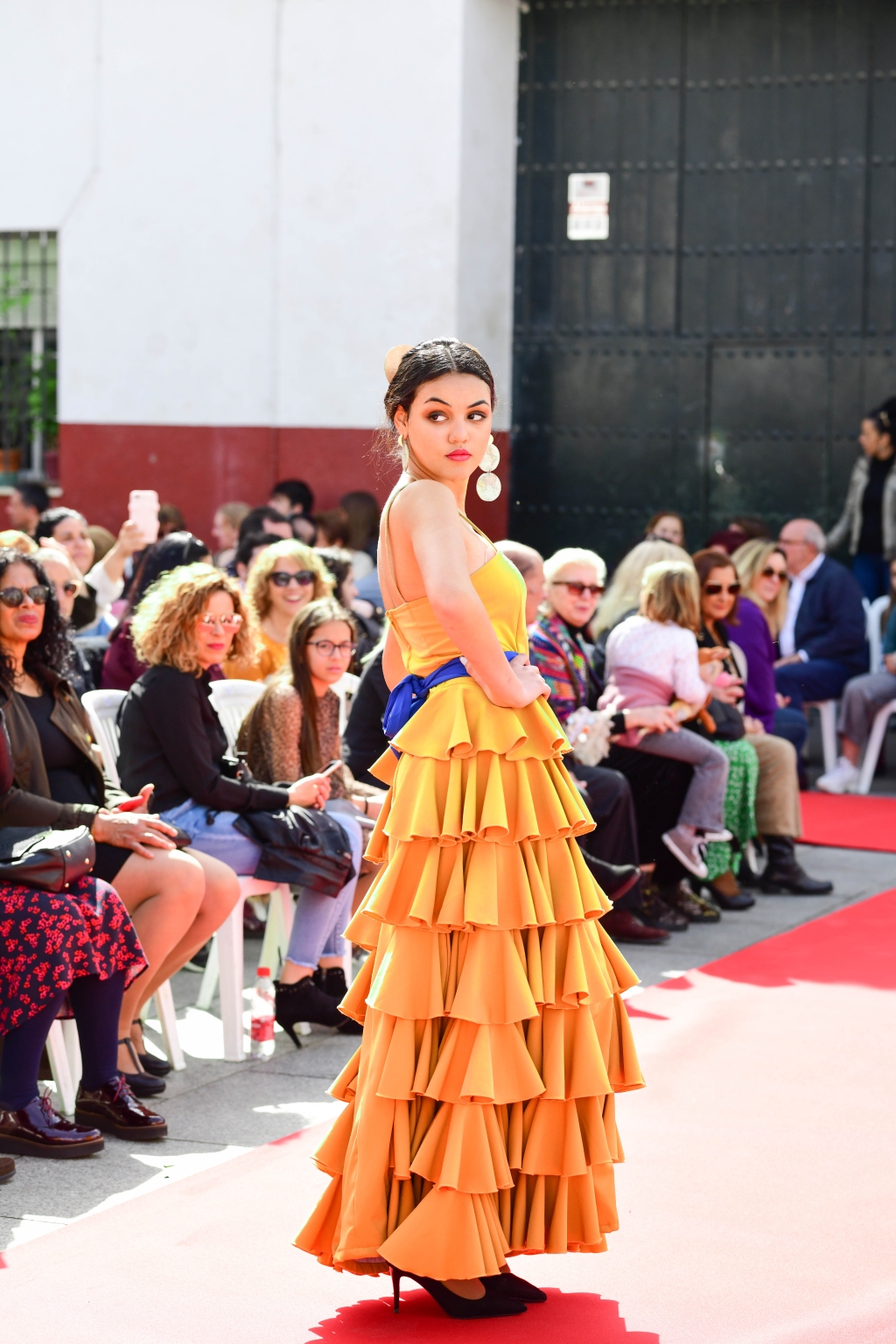 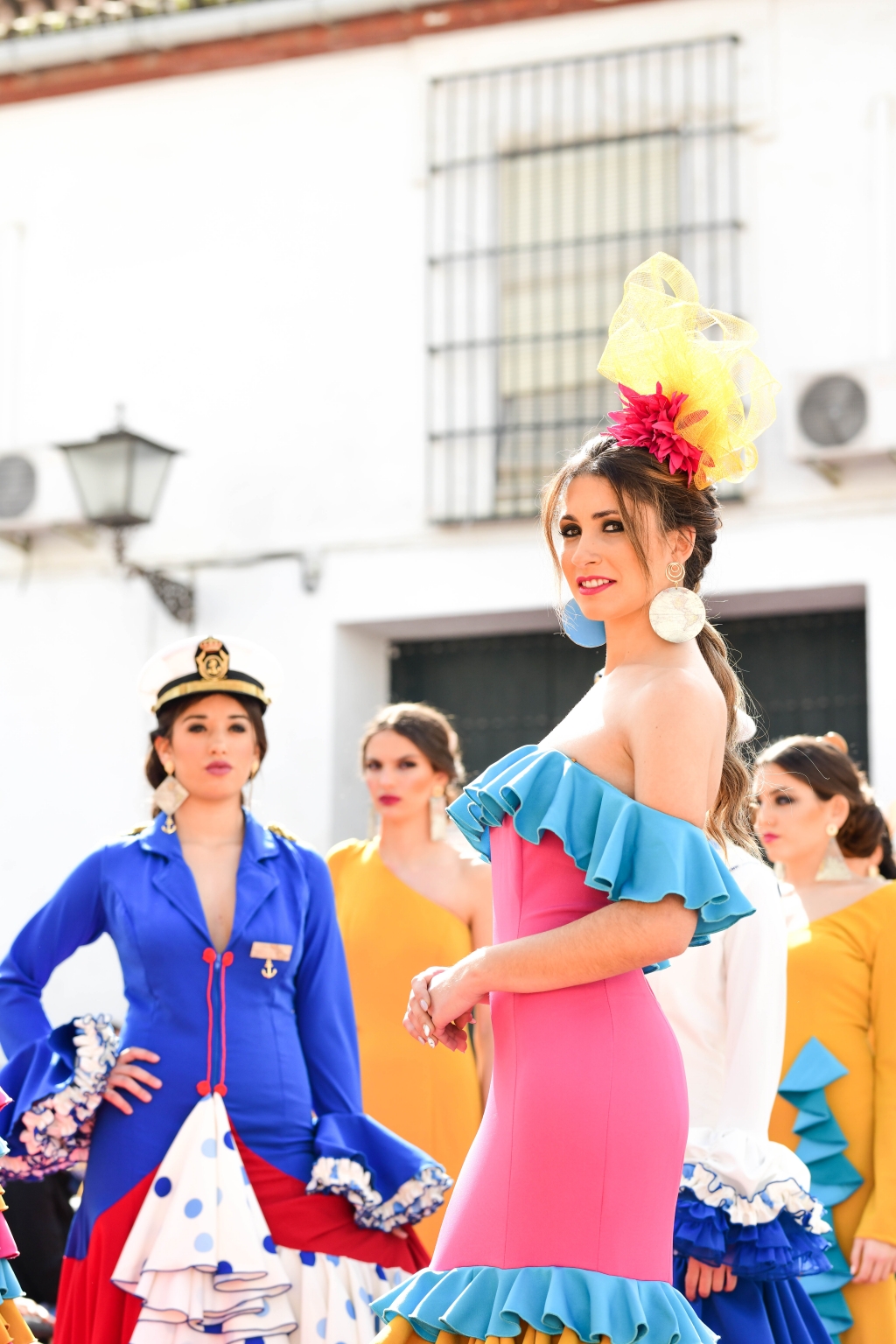 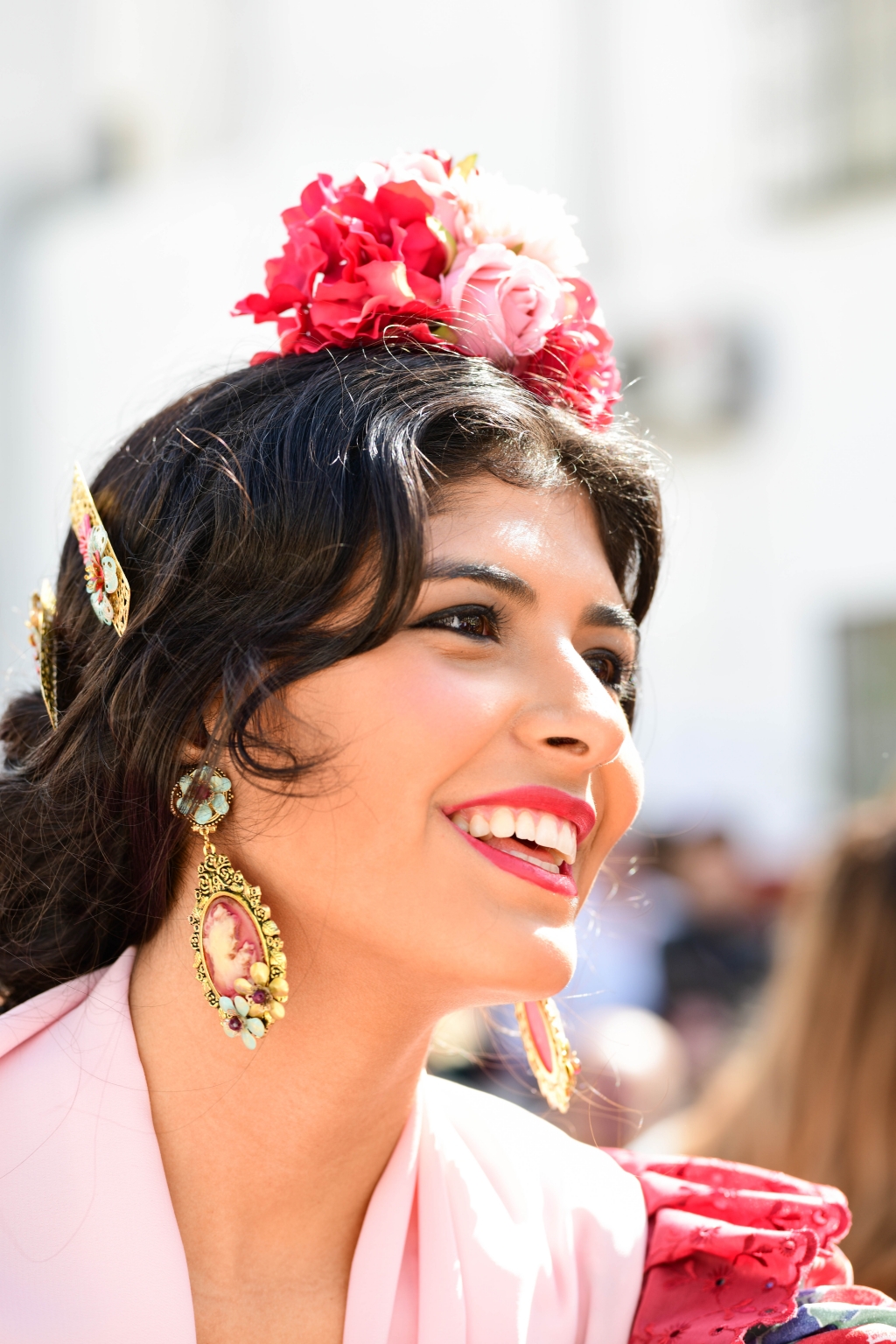 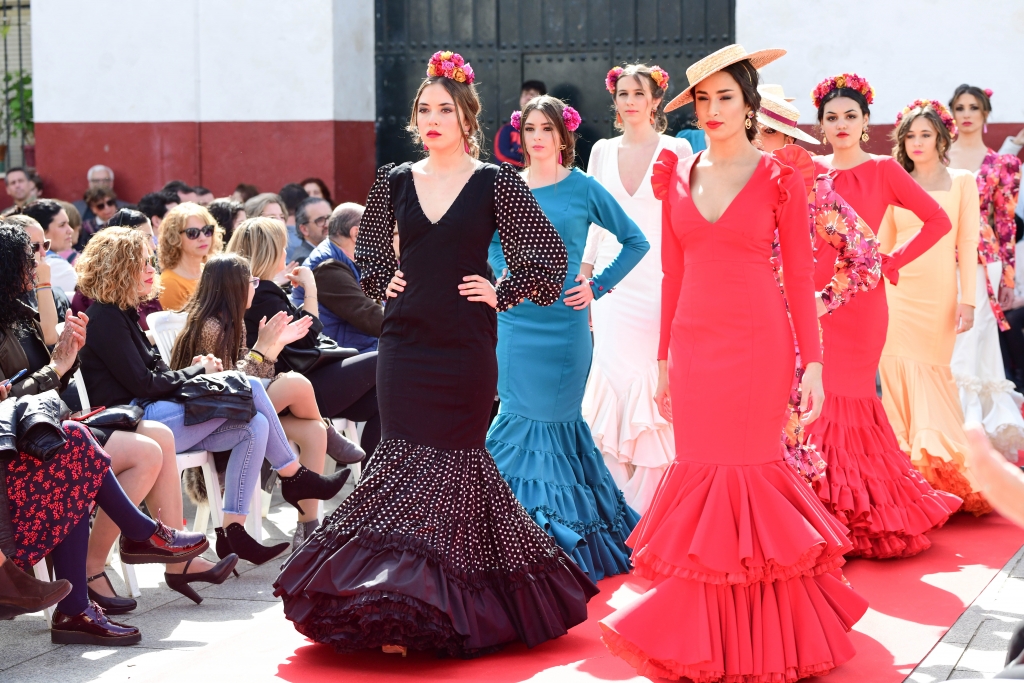 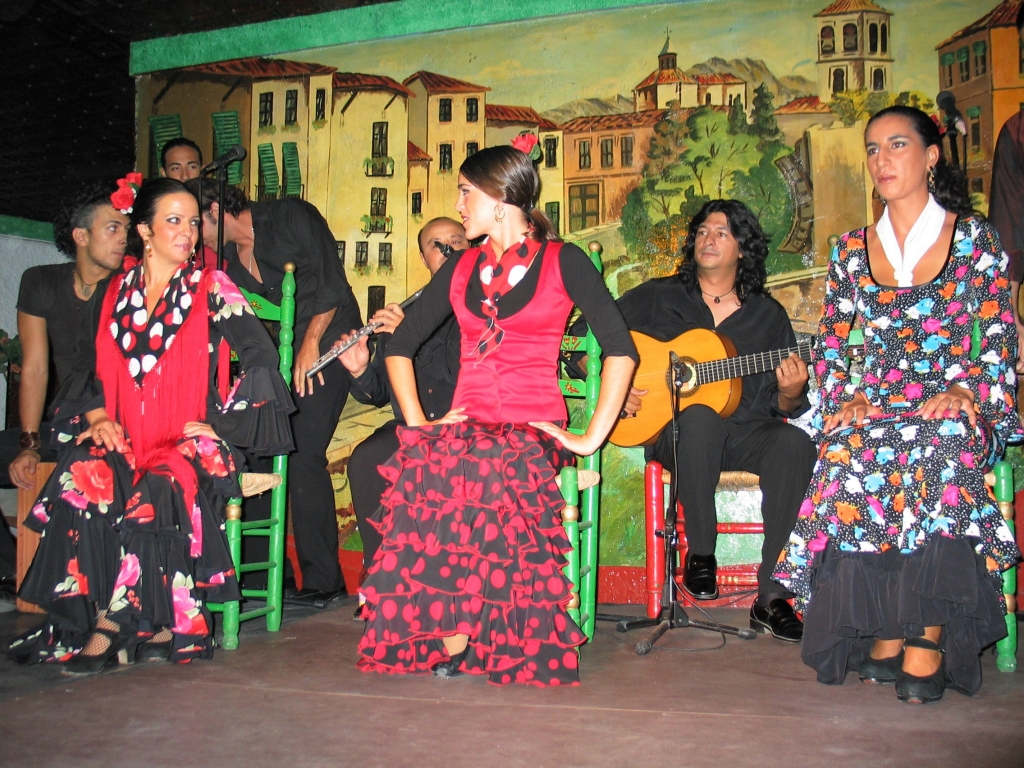 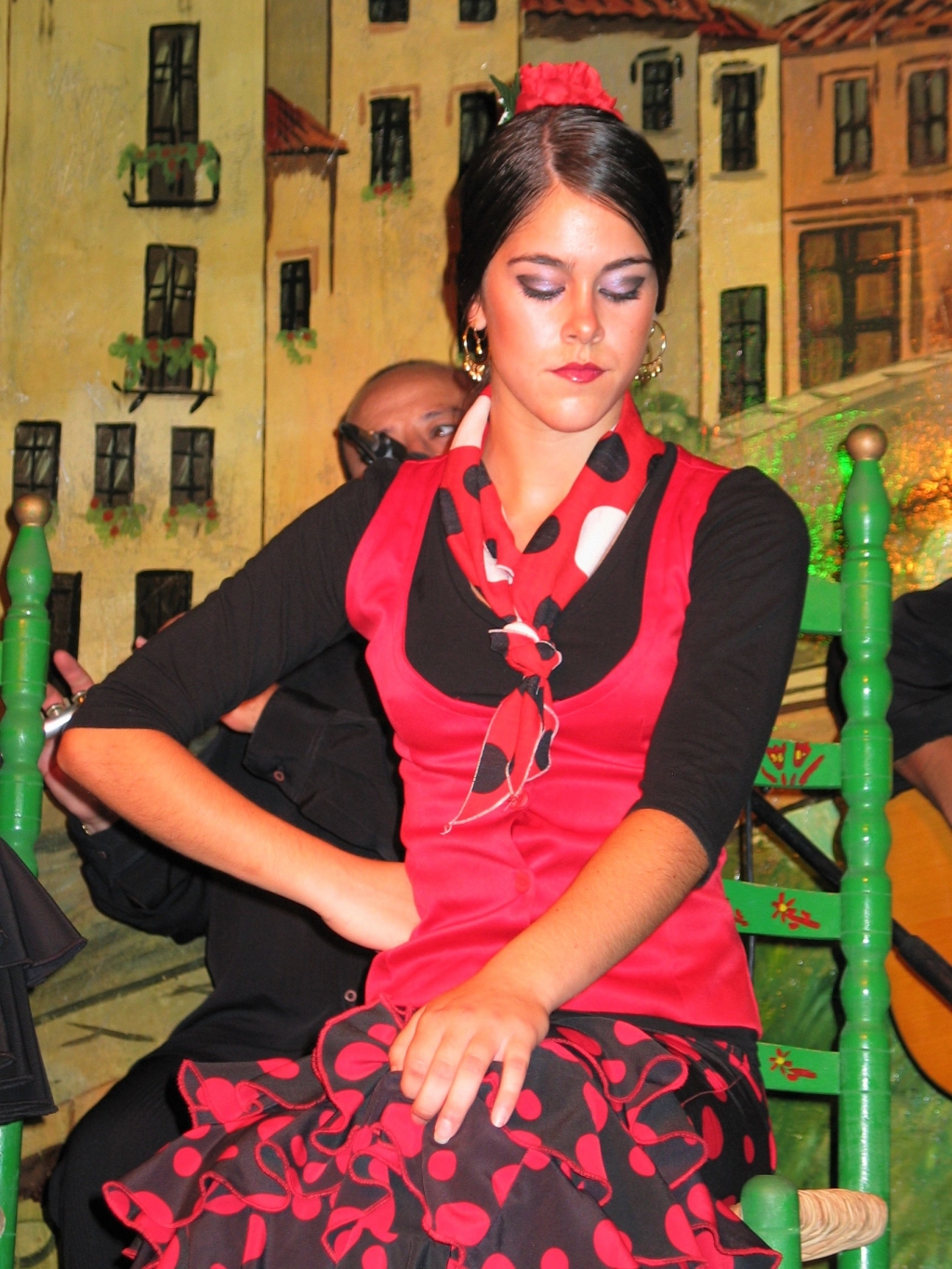