Painted desert in Arizona- a marvel of the Native American territories

The best landscapes in America are in its deserts.

In Arizona, everybody at a certain point, of any trip, travels along U.S. Route 66. However, the best part is to get off this mythical highway.

Historic towns located along route 66, that connected the east and the west, for the first time in U.S.A.’s history, remain until today, and they attract big tourist attention. Most of these places are ghost towns. Dilapidated houses, abandoned cars, and empty gas stations, with sometimes a single cafeteria running in town, make these places quite similar to one another. You see one of these towns, you’ve seen them all. Yet crossing them is necessary to go further, where the Wild begins. They are at the crossroads, from where the less frequented roads start. They will take you to the Indian territories, where the pop culture of the United States disappears, and the pristine landscape reveals a much harsher and more virgin character of the state of countless natural wonders. 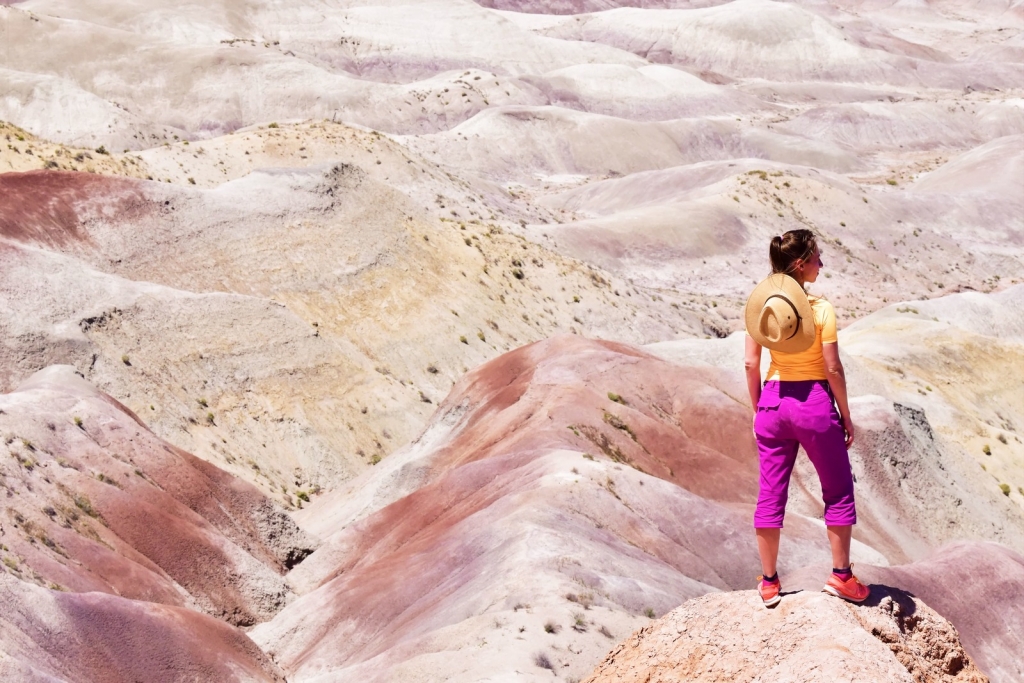 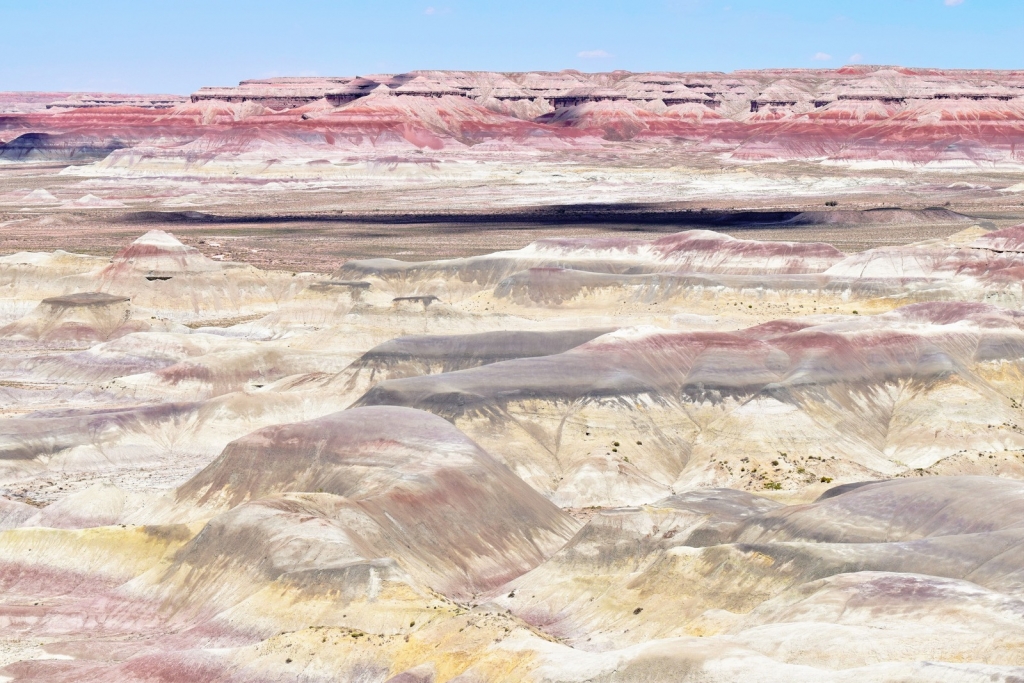 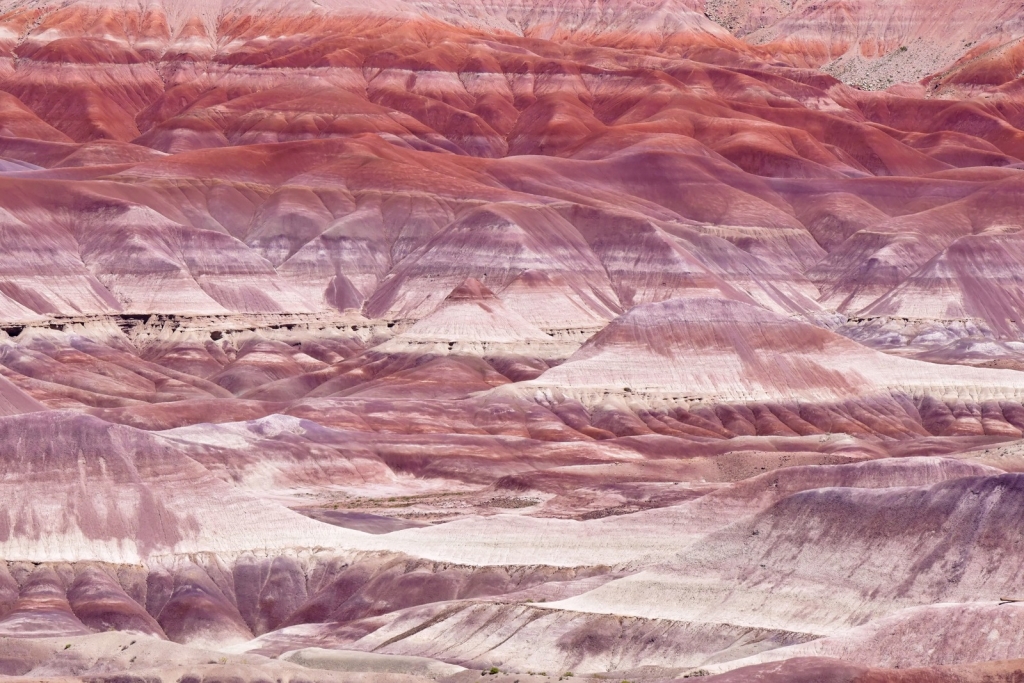 Heading from Flagstaff city to the Hopi reservation, we left the historic Winslow city behind and took County Road nr 282, heading north. The Little Painted Desert County Park, was just a strange dirt road along the ridge of a cliff, accidentally found on the map, where we decided to take a look. There were no official entrances there, no guards, no stands with beverages – just the landscape, undisturbed by any sound or movement, and ourselves. The sight was beyond any imagination. 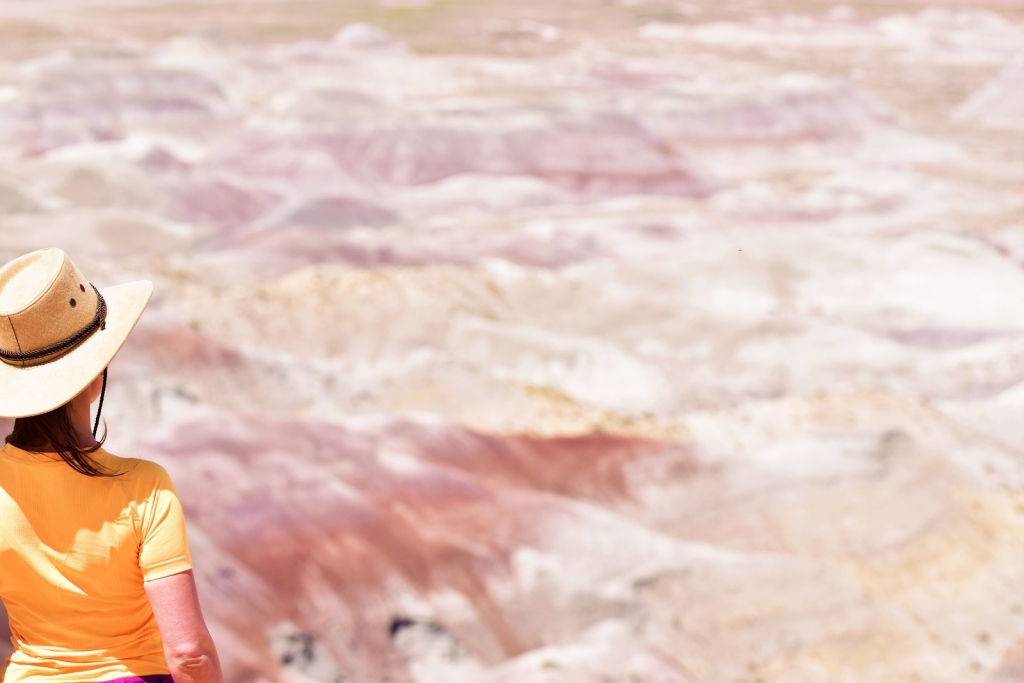 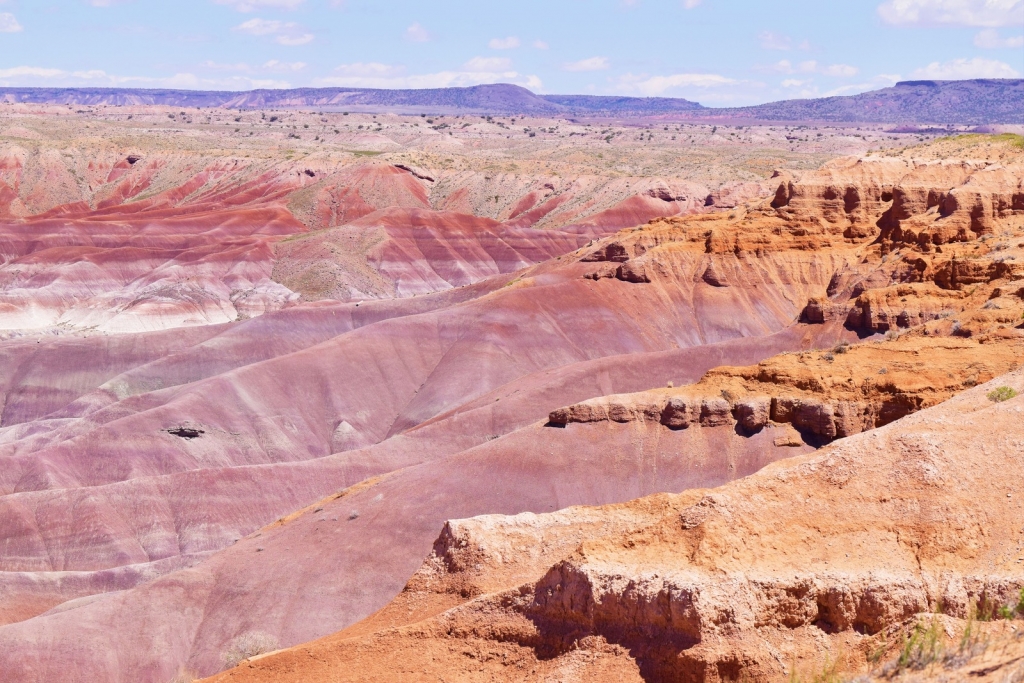 The vast land with an area of 160 miles, laying between Grand Canyon and Petrified National Forest, is called Painted Desert.

And it indeed is painted. It seems that in this particular place, nature got bored with the uniform colors of the rock formations around, and introduced an element of art to them. When you look at this place on the satellite map, you can see a massive wave of colors, stretching from Cameron to Holbrook city. In the proximity of Holbrook city, at the beginning of the XX century, the government bought from the Native Americans a great deal of land and created an infrastructure for tourism. Now, these lands are called Petrified National Forest, and are a national park. 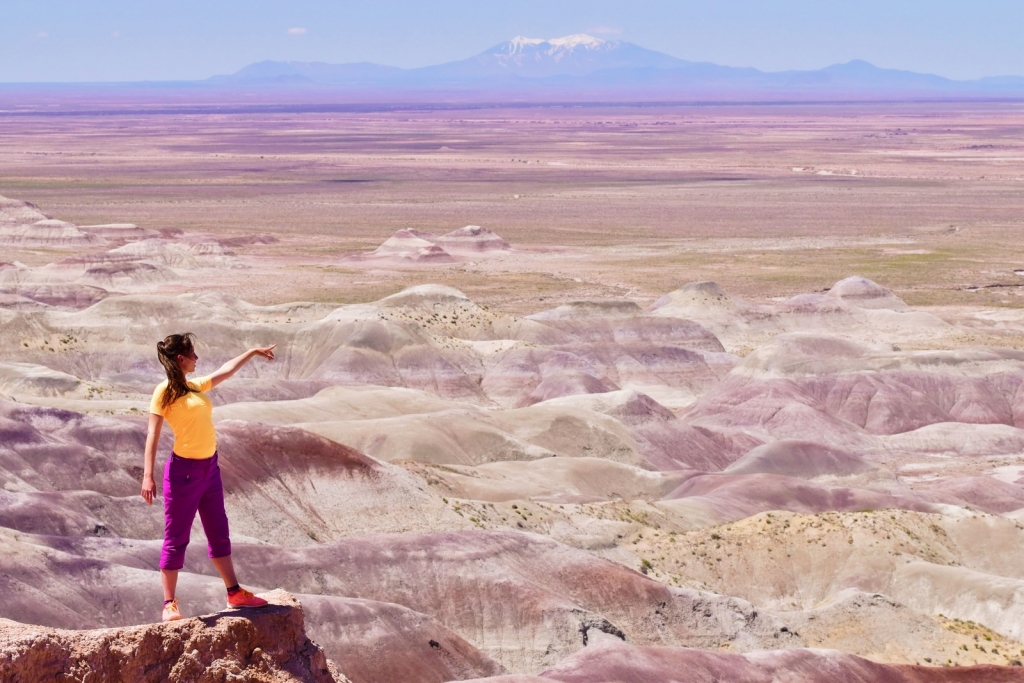 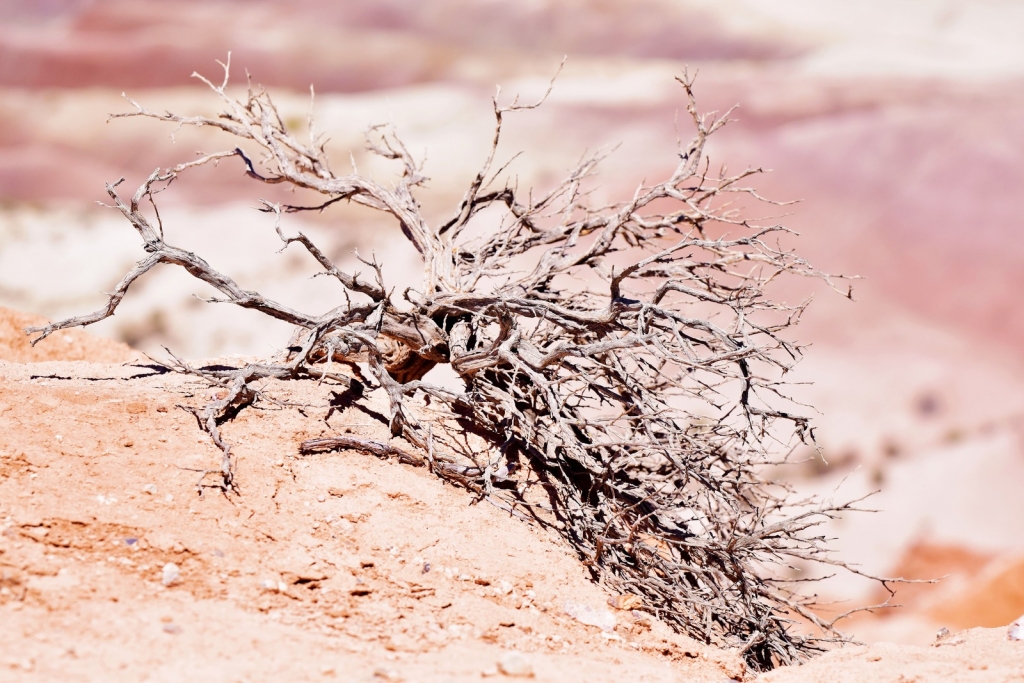 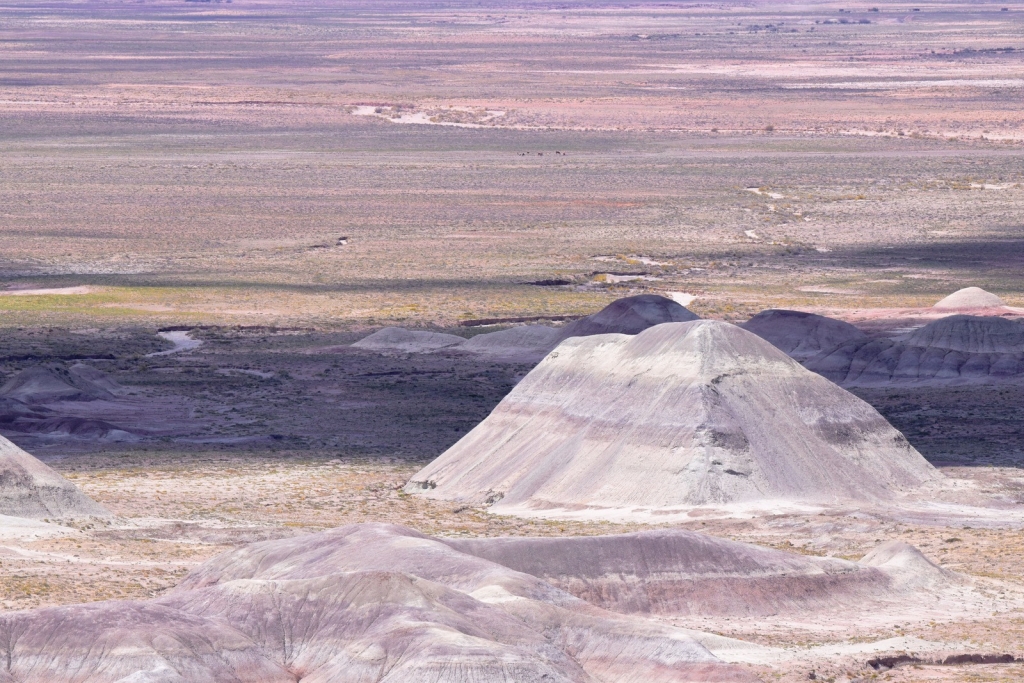 Outside the national park, the rest of the Painted Desert is uncontaminated by human activity and remains inaccessible to travelers. However, in some parts of this desert, points exist that are accessible by car and offer spectacular views. The Little Painted Desert County Park is one of them. It is a wild place, untouched by the human hand, and secluded. The panorama here is truly stunning. The breaking cliff spills a cascade of pointy hills, showing its colorful layers, of the prehistoric burden of evolution. The uninhabited, flat surface, that stretches behind the hills, bulges suddenly with a solitary mountain. This 3,851 m giant is an old volcano – The Humphrey peaks.

On the border of the infinity of the monotonous horizon, it stands as a monument to remind us of the existence of a powerful being, that quietly observes the miracle of life that permeates everything.