In 1755 a powerful earthquake hit southern Portugal and western Morocco. Lisbon, the capital of the maritime empire at that time, was completely destroyed. This event was an ideological and social shock for both Portugal and Europe as a whole. The city of Lisbon, which we admire today, is a completely new structure built on the ruins of the old city. Several buildings resisted the destruction. Do Carmo Monastery is one of them.

The big natural disasters that bring destruction and death, lead many to reflect on the sense of existence and to question divine intervention in it. Blaming the providence or just justifying it, we most often place our feelings somewhere in the middle.

Something like that happened in 1755, after the terrible earthquake in Lisbon. The destruction of the entire city and the deeply moved spirit of its inhabitants, theologically materialized in the question: if it was a punishment from God, why were the churches destroyed, while the brothels remained standing? 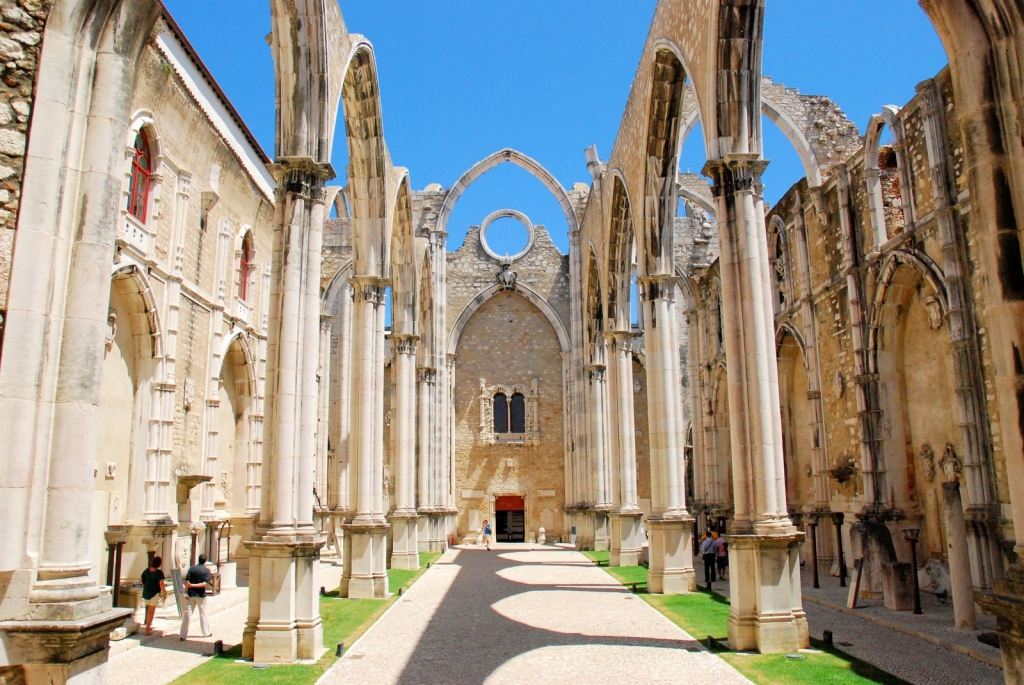 It was not the first earthquake that shook the capital of Portugal. Already in 1531, Lisbon experienced a quake of eight degrees on the Richter scale, which destroyed most of the city center of Lisbon. However, the quake of 1755 was much more severe, reaching nine on the Richter scale. It happened on November 1st between 9:30 and 9:40. It was a typical sunny autumn morning, in one of the most important capitals of Europe, then a maritime power. Considering the festive character of the day, All Saints’ Day, the inhabitants were busy preparing for the holy mass.

Small tremors were a harbinger, of what were to happen next. As the ground boomed more and more, all the church bells started ringing, and some of the shaky buildings tumbled apart. The level of destruction increased, because the earthquake lasted six minutes and had three major shocks. Churches, filled with the faithful, became mortal traps. Church vaults were falling, as quickly as a child demolishes his block-made toy houses. Jumping through the sinister, five-meter cracks that opened in the ground, people fled to the docks, reaching for open space. It was there, amazed, where they saw a strange phenomenon for them: the sea was retreating, and the mouth of the Tag River was drying up, revealing the seabed with dying fish, moist algae and remnants of old sunken ships. 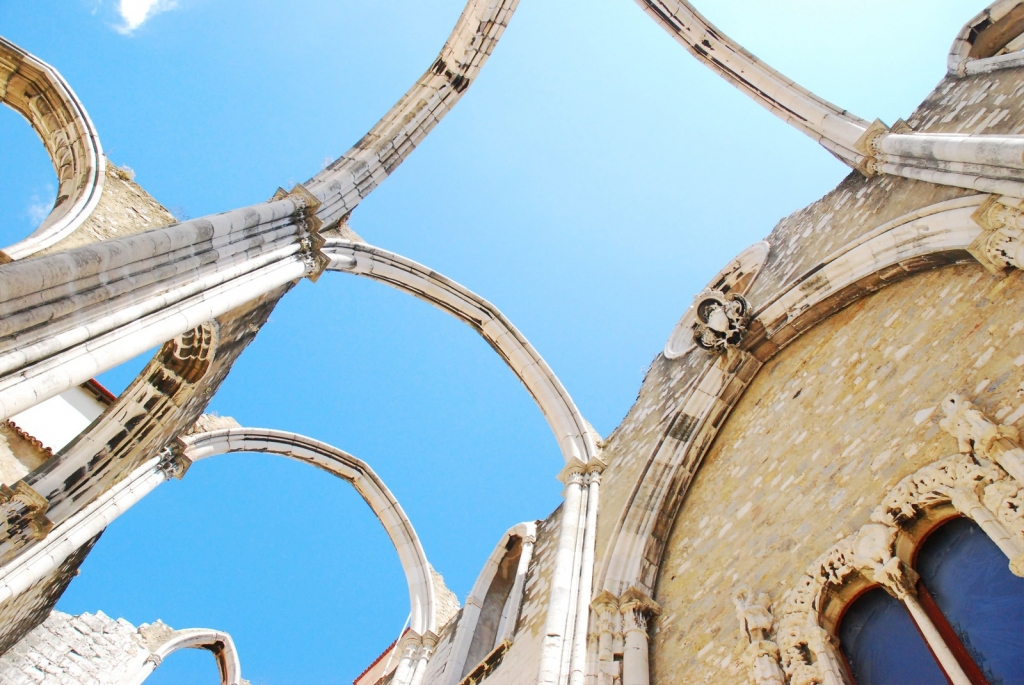 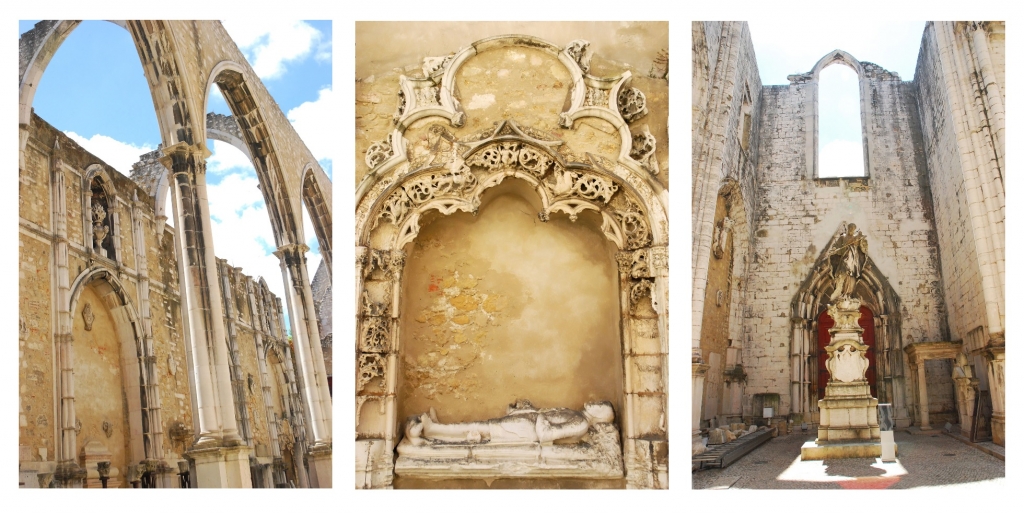 Today we are familiar with tsunamis, but in the past, people were not familiar with the tectonic mechanism. Everyone remained in place watching the fascinating phenomenon, until half an hour later, at 10:10 am, when on the horizon appeared a terrifying water wall, a gigantic wave of twelve meters high, which approached the coast. Three successive tsunamis, the result of three earth shakes, consumed the port and flooded the city, destroying everything they found in their path.

The shaking of the ground, also caused several lit candles in the churches to fall, causing fires. They spread so fast that Lisbon burned for five days. What the earthquakes and waves did not destroy, was consumed by fire. Two-thirds of the city were destroyed, and the royal family was saved by coincidence – their palace was right by the sea -on that day, they decided to go outside the city and spend a day in the countryside.

And what about the famous Lisbon brothels that have survived without any damage? The explanation lies in understanding the ground Lisbon is built on. The part located near the sea has in its composition abundant deposits of the Tagus River, which are prone to softening, under the influence of shocks and consequently, is unstable by nature. Formerly, cities used to develop on the river banks, and that’s where the most important churches and buildings were built. On the outskirts of the town, the land was firmer and most of the brothels built there, resisting the catastrophe. 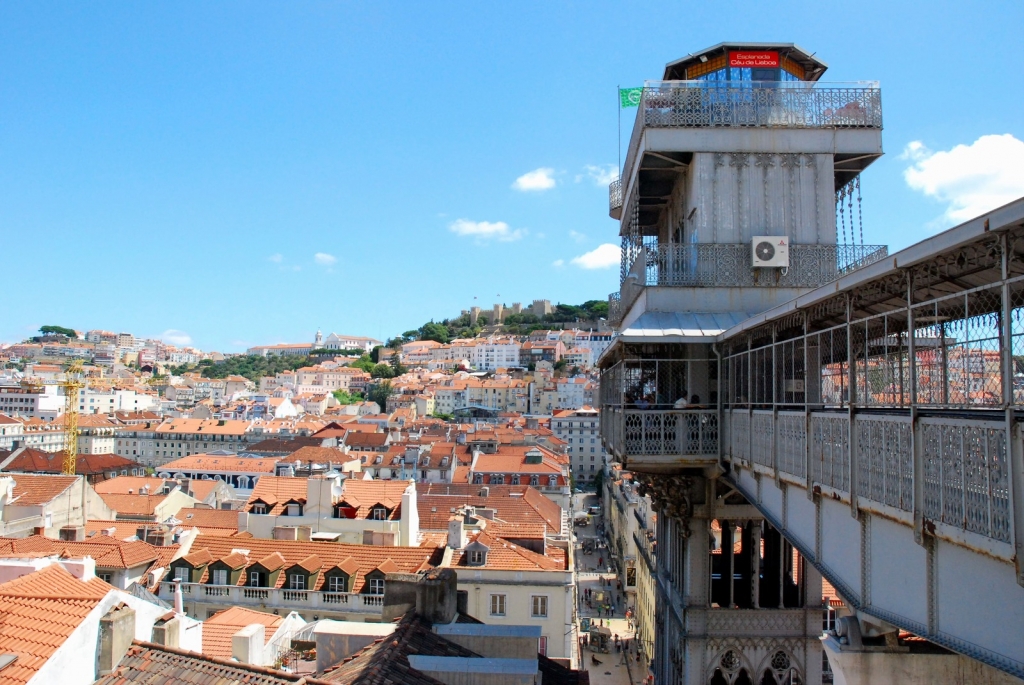 The currently admired Carmelite Monastery in Lisbon (Convento do Carmo), is a remnant of the disaster of 1755. It is truly magical. After entering, you can easily feel that something important happened here, more powerful than the high and stable walls of the church, built by people who once colonized the whole world. The church has no roof, and the empty space above is decorated with picturesque Gothic vaults. The whole building, invites you to raise your head and look at the sky. In the middle of the monastery, there is now a modest but not to be missed, Archaeological Museum.

The monastery has a privileged position in the city. It is located on a hill in the artists’ quarter of Chiado, next to Rossio Square, which is one of the most characteristic places in Lisbon. The views from here spread over the San Jorge Castle and the roofs of the Baixa district. A fantastic Santa Justa lift connects these two districts. The elevator ride is similar to a tram ride, one of Lisbon’s experiences, which should not be missed. The Elevador of Santa Justa (originally known as Elevador do Carmo), which is 45 meters high, was completed in 1902, and its design is the work of engineer Raoul Mesnier de Ponsard. Built in neo-Gothic style, it has an iron structure inspired by techniques, already used in other French constructions, such as the Eiffel Tower. Queues to the elevator are a frequent phenomenon, so I recommend that you choose the right time of the day for a ride. Due to the orientation of the elevator to the west, it is best to plan a visit at sunset, to make one of the most beautiful pictures of Lisbon in the evening.

In 1755 a powerful earthquake hit southern Portugal and western Morocco. Lisbon, the capital of the maritime empire at that time, was completely destroyed. This event was an ideological and social shock for both Portugal and Europe as a whole. The city of Lisbon, which we admire today, is a completely new structure built on the ruins of the old city. Several buildings resisted the destruction. Do Carmo Monastery is one of them. ?You can read an article about it on www.katethetraveller.com #portugal #portugaligers #portugal?? #portugal_photos #portugal_gems #portugal_places #portugaltravel #portugalsemigual #portugalalive #portugalpassion #portugalemperspectiva #portugaltrip #portugalplaces #portugalvisuals #travelingportugal #turismodeportugal