Shanghai - the largest city in China

A monster city, one of the most populous in the whole world, where to live does not mean to really live, but to die slowly, from smog, diseases, overpopulation, grey asphalt, and a shadow of massive skyscrapers.

Shanghai is a city that scared me and that I could not bear, from ground level to the very top of it. It was only from the height of the highest floor of a glass skyscraper, that I could calmly see what should not be. The beauty of ugliness made me think. What is humanity striving for? Will we live in a matchbox made of concrete, starting and ending the day, without knowing what part of it we are in? We will dream of the sun though, forever covered with a grey void of suspended dust. In this terrible dystopian world, although already existing on some parts of our earth, the temperature will rise abnormally, from black asphalt absorbing solar rays and the noise of cars will cause that we will never, open a window in our apartment. Such a terrible vision my eyes saw in Shanghai while trying to admire this dreadful city, without success in doing so. 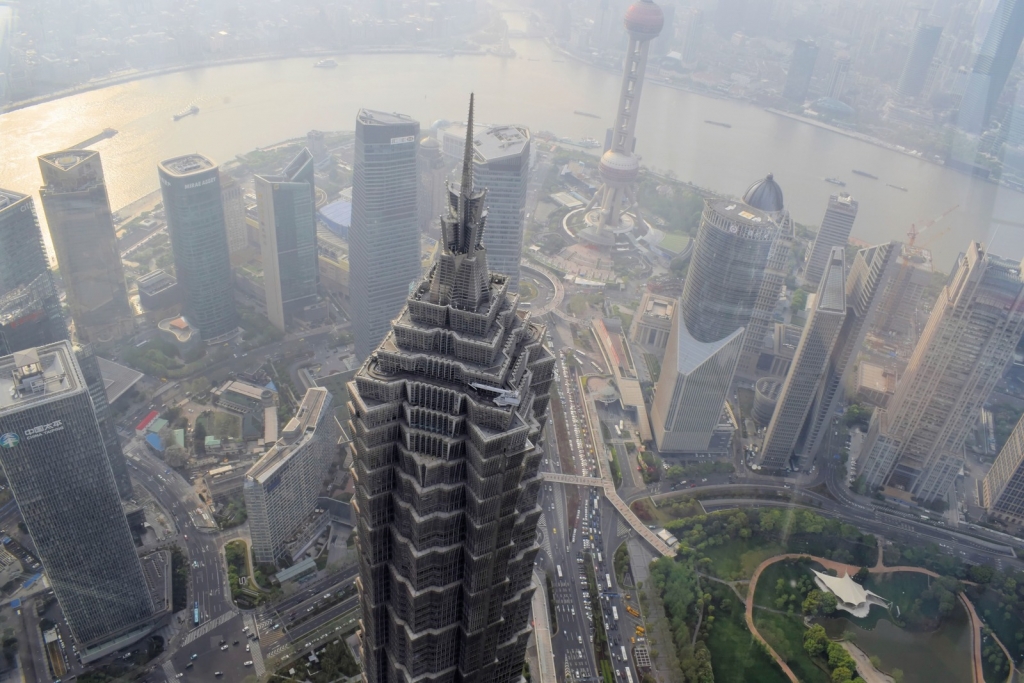 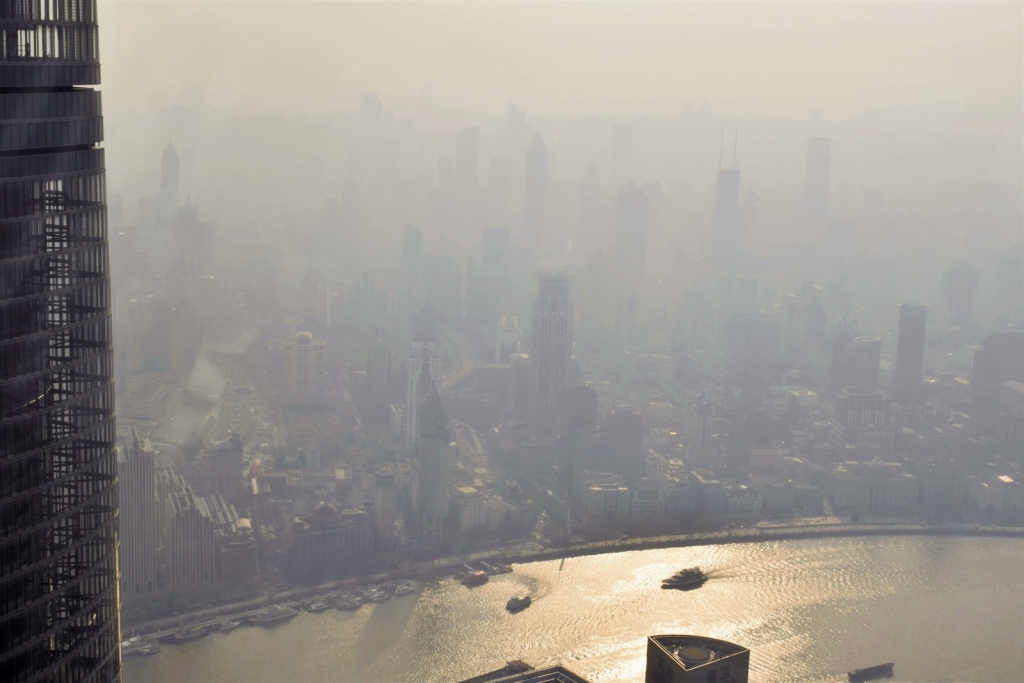 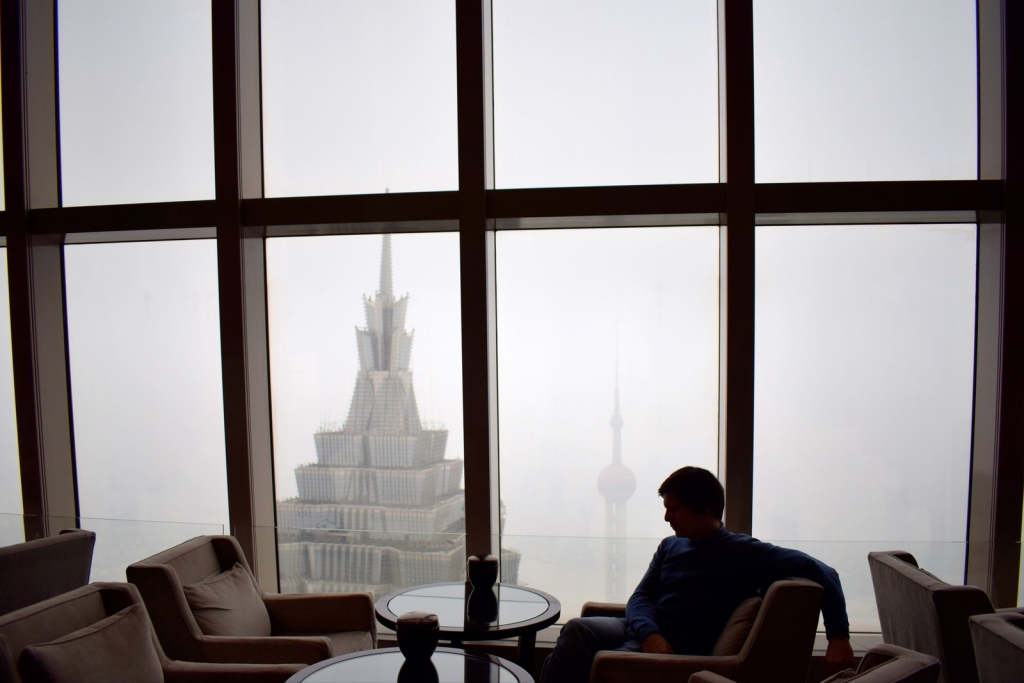 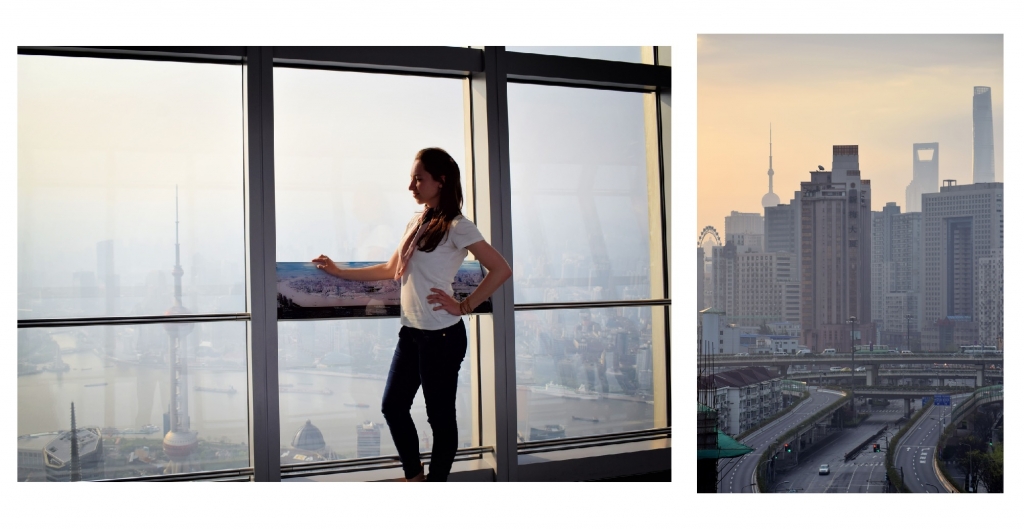 Currently, Shanghai has as many people as an entire continent of Australia.

The rise of today’s Shanghai, is a consequence of the rapid historical and social changes in China, over the last century. Mao’s death and Deng Xiaoping’s political and economic reforms, in the 70s and 90s, caused a rapid economic boom. Chinese society, which for centuries had been divided into the rich and the poor, in recent decades has developed a growing middle class. China, which for years has always been saving just in case (wars, natural disasters, changes in power), began to spend their savings, on everything they could not afford before. Cities have become the epicenter of this new culture, thirsty for a better life. The increase of emigration from rural areas to the metropolis caused the emergence of giant cities, such as Guangzhou, Chongqing, Shanghai, and Beijing. In 1930 Shanghai had 3 million inhabitants; by 2017 it already had 24 million, eight times more. Currently, Shanghai has as many people as Australia.

Despite the progress in living standards, China is the world’s largest emitter of carbon pollution. A cheap form of heating houses with coal, characteristic of early industrial civilization, and a large number of types of transport, based on carbon combustion, causes air pollution to exceed 40 times, the health standards of the World Health Organization. There is always a yellow fog on a sunny, cloudless day in Shanghai. However, if you decide to visit the viewing platform, on one of the city’s highest towers, you must count on luck to see any panorama of the city. The advertising folders of the towers, encourage with spectacular views but actually, only shadows are visible. Dark figures hung somewhere on the horizon, a ghost cemetery of skyscrapers. The Shanghai Tower, Jin Mao Tower and Shanghai World Financial Center, are the sacred trinity of the Shanghai business district Lujiazui. Each of the towers offers tourists a lift ride to the top floor, to the viewing platform. I chose the Shanghai Tower. I found a secret place there, calm from the urban fever. The lounge bar on the 87th floor of the Park Hyatt Hotel, kept in a minimalist style, with a cozy atmosphere, is a respite from the great experiences of the surrounding the scenery. It is an ideal place for coffee and a little something before visiting the tower viewing platform. 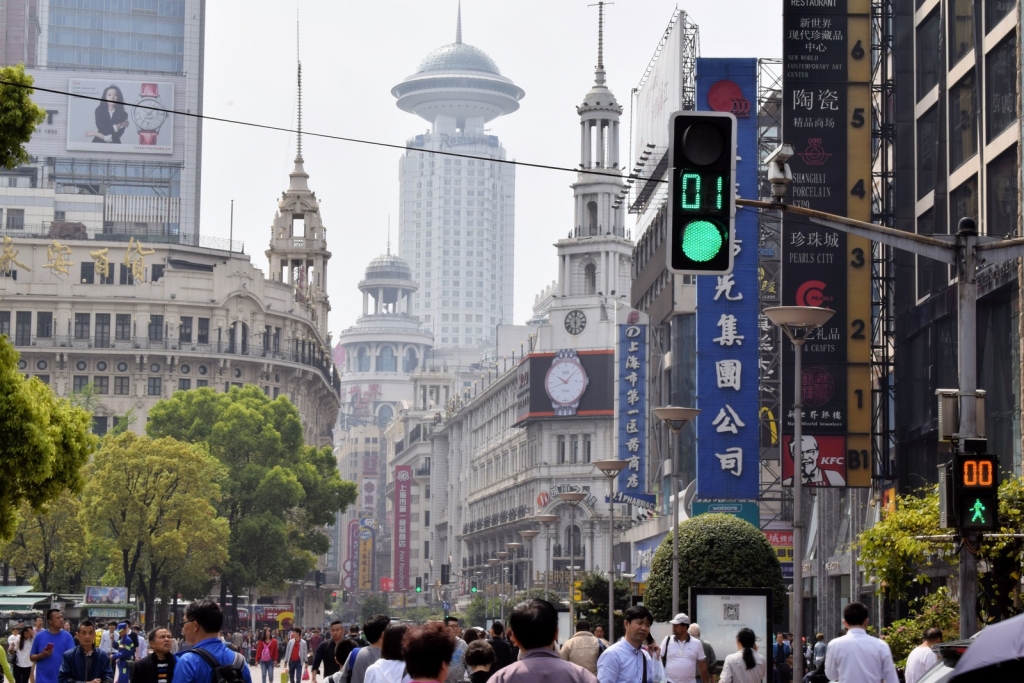 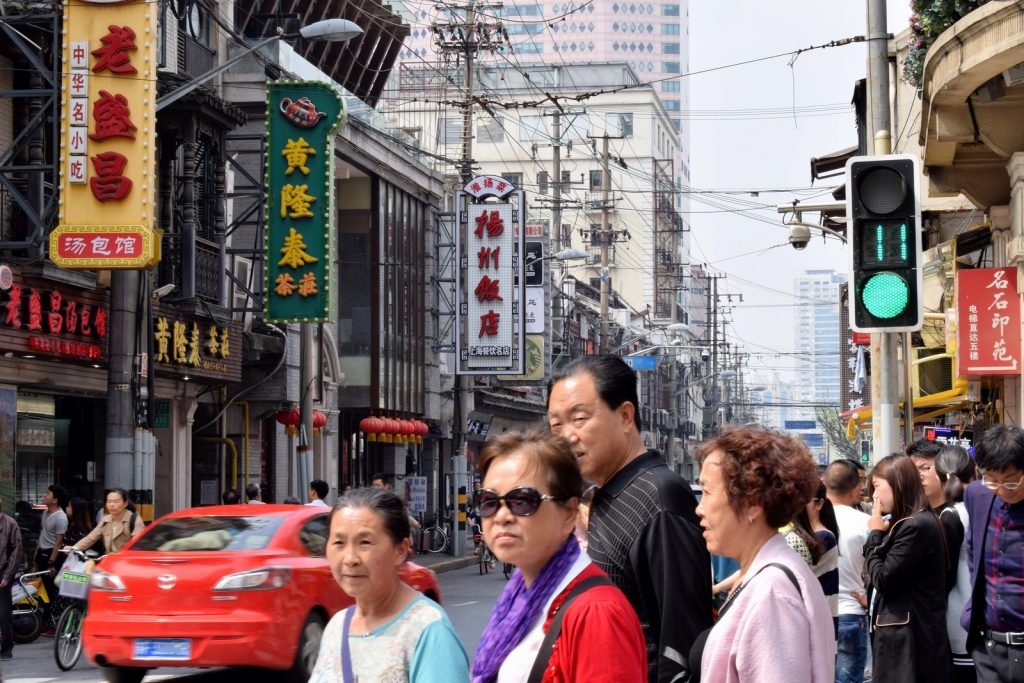 The only district where Shanghai preserves its traditional character is the Old City. Once surrounded by ancient walls in the shape of a circle, today it shrinks more and more under the influence of high-rise buildings from each side. Here, the buildings are traditional and low, compared to those around them. The network of water canals, temples, and shopping stores with Chinese products, only finally made me happy with its exoticism. The Chinese fever reins here. Everyone keeps moving somewhere. This district seems to be in chaos, although no accidents occur here. Everyone involved in street traffic, miraculously evades others, avoiding seemingly inevitable collisions. Only I – a newly arrived tourist, unaware of the general rules here-, had to dodge motorbikes driving at me, as well as by-passers, who seemed to come into me from everywhere. Delving into the narrow alleys, woven with a network of metal cables, I started to have a headache. A tangle of people, a labyrinth of streets and a cobweb of electrical structures, became claustrophobic to me to such an extent that the old city, transformed into a scary town and with symptoms of exhaust poisoning, I decided to return to the hotel. 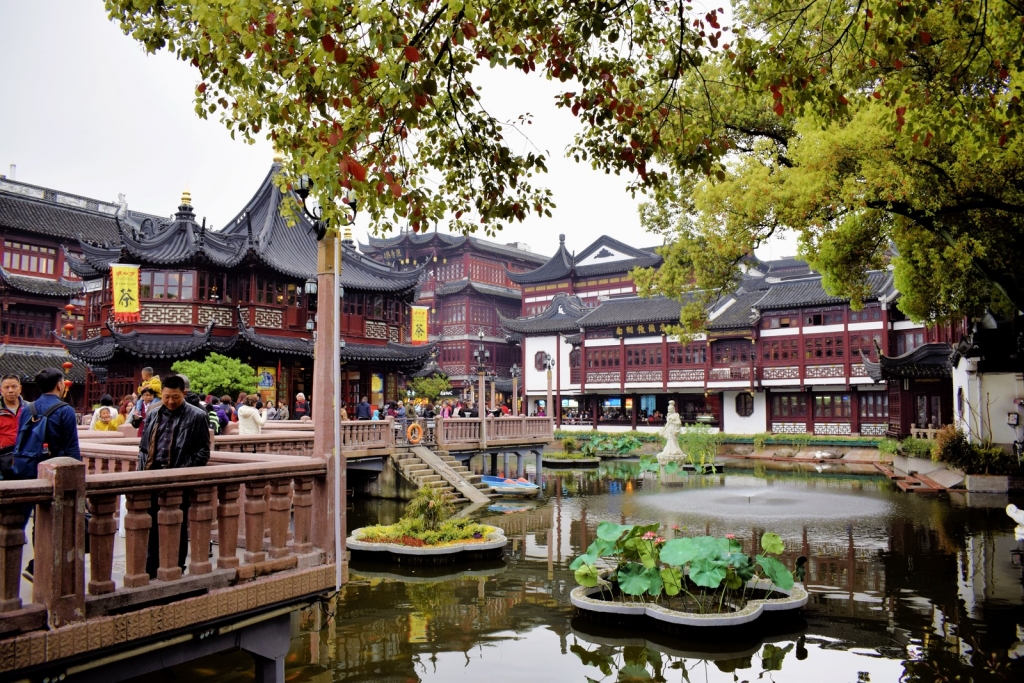 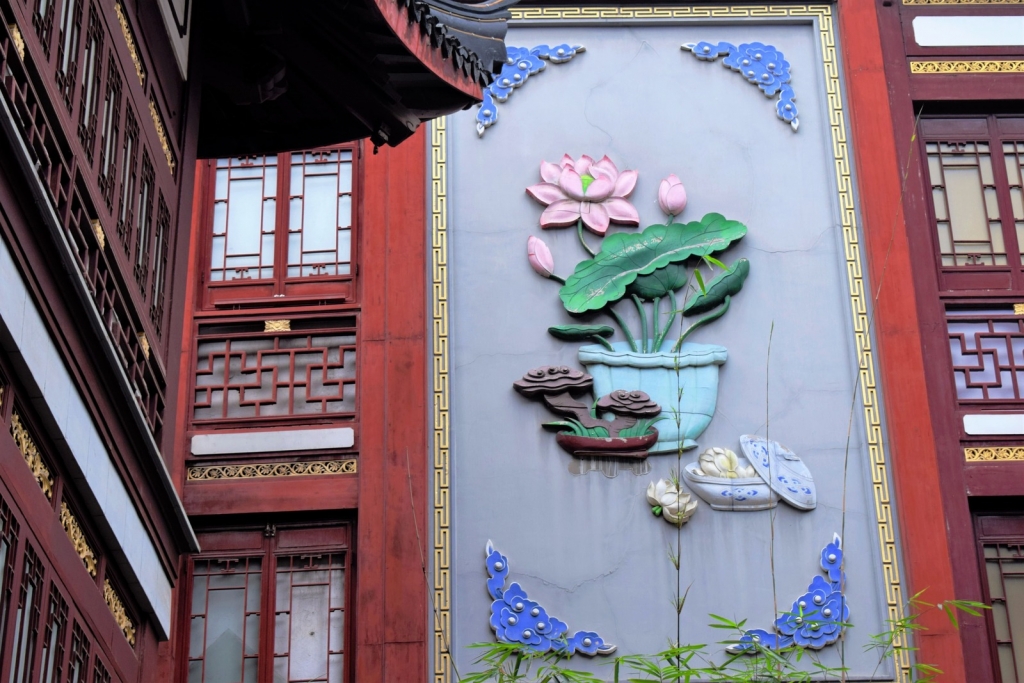 The Chinese urban revolution has built as much as it has destroyed. In its uncontrollable urge to become rich and modern has deprived China and the world of its heritage. Many Chinese cities, once filled with ancient buildings and monuments, have been transformed into centers of globalized consumerism. The reconstructed traditional part of the Shanghai town is forever cut off from the rest of modern districts, by and eight-lane highway. 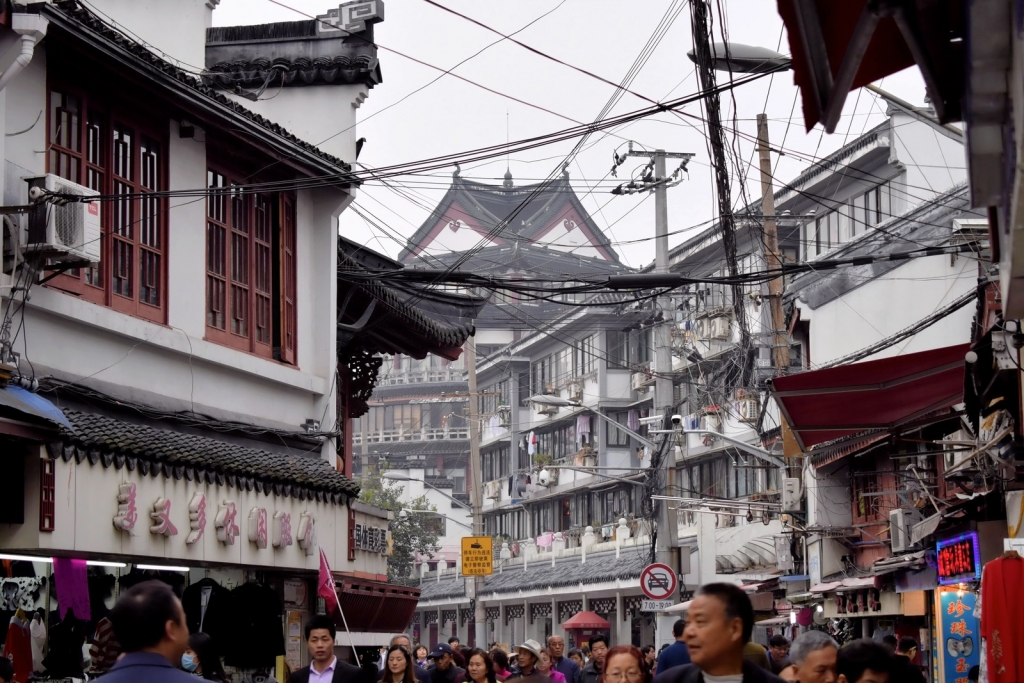 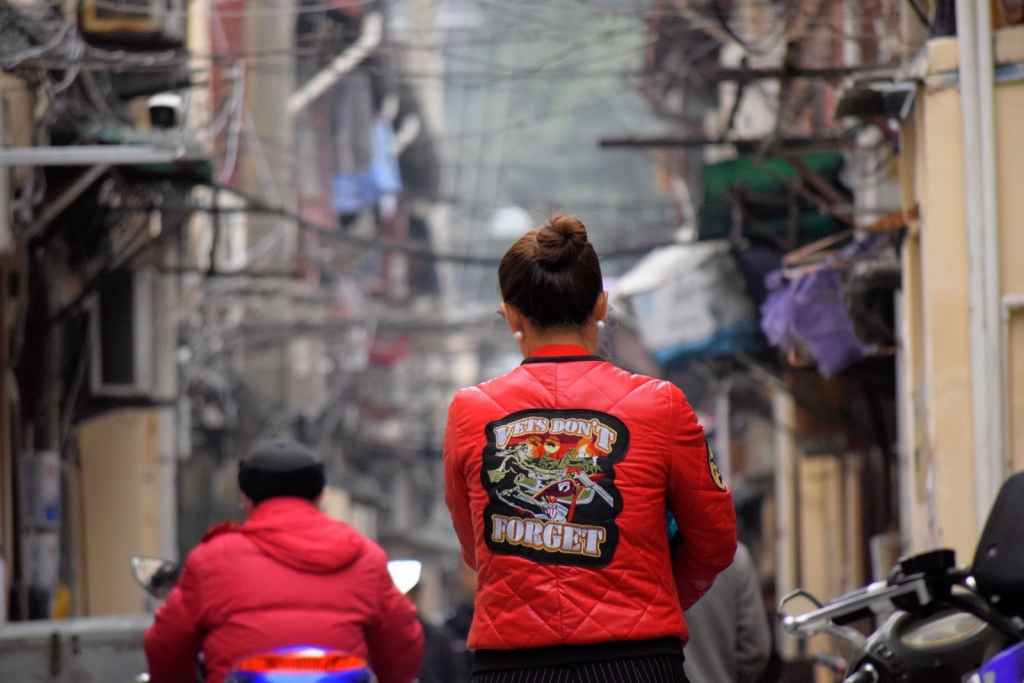 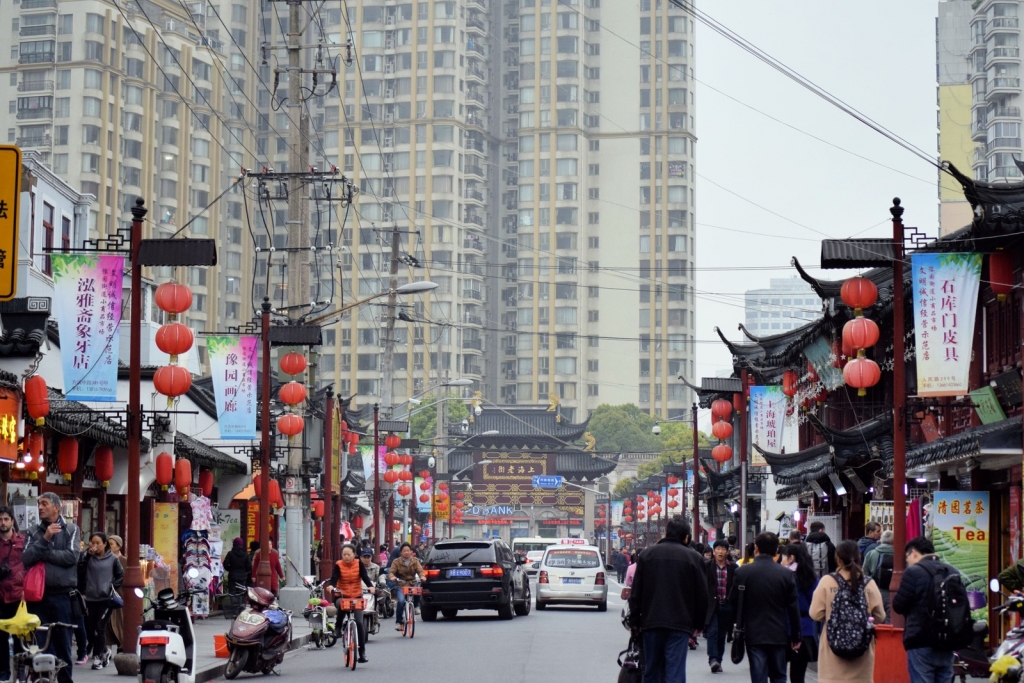 China is a place with extraordinary human energy.

Once Europe and after the United States, today China is the one experiencing rapid industrial development. At a time when the first two were modernizing and polluting, China remained mainly an agricultural area without a future, crushed by Mao’s communist psychosis. When the West finally stopped its rapid development, introducing laws to protect the environment – ironically! Millions of Chinese suddenly began to eat, entertain themselves, dress, and buy like the rest of the old world. Who dares tell the Chinese, that we had the right to mindlessly spend, destroy the environment, and build a metropolis – but they do not? China is now a place with extraordinary intellectual potential. New technologies, ideas, and modern education are just a part of the powerful energy that today’s China has. The problem of pollution causes the emergence of new specializations, aimed at introducing solutions, that have not yet been used anywhere on such a scale. Biofuel, biotechnologies, environmentally friendly engineering solutions, are a direction that expanding China has taken relatively recently. We can complain that China pollutes and that it is a threat to the whole world – but they are not the only ones. China is more and more aware of its problems and will try to save itself. In the future, it can show us how to save us all. 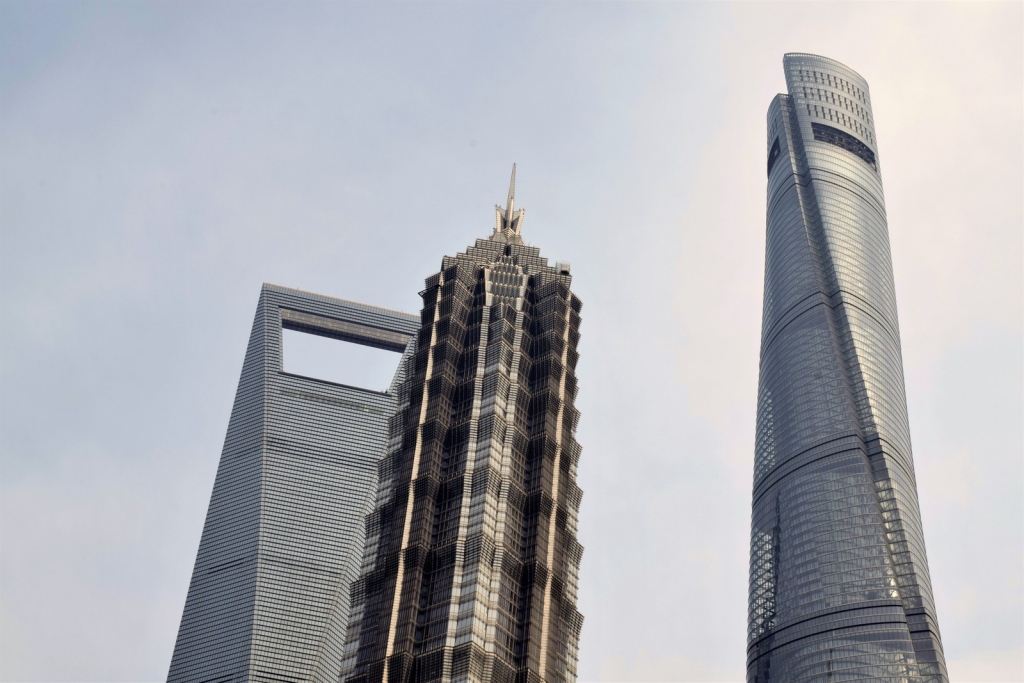 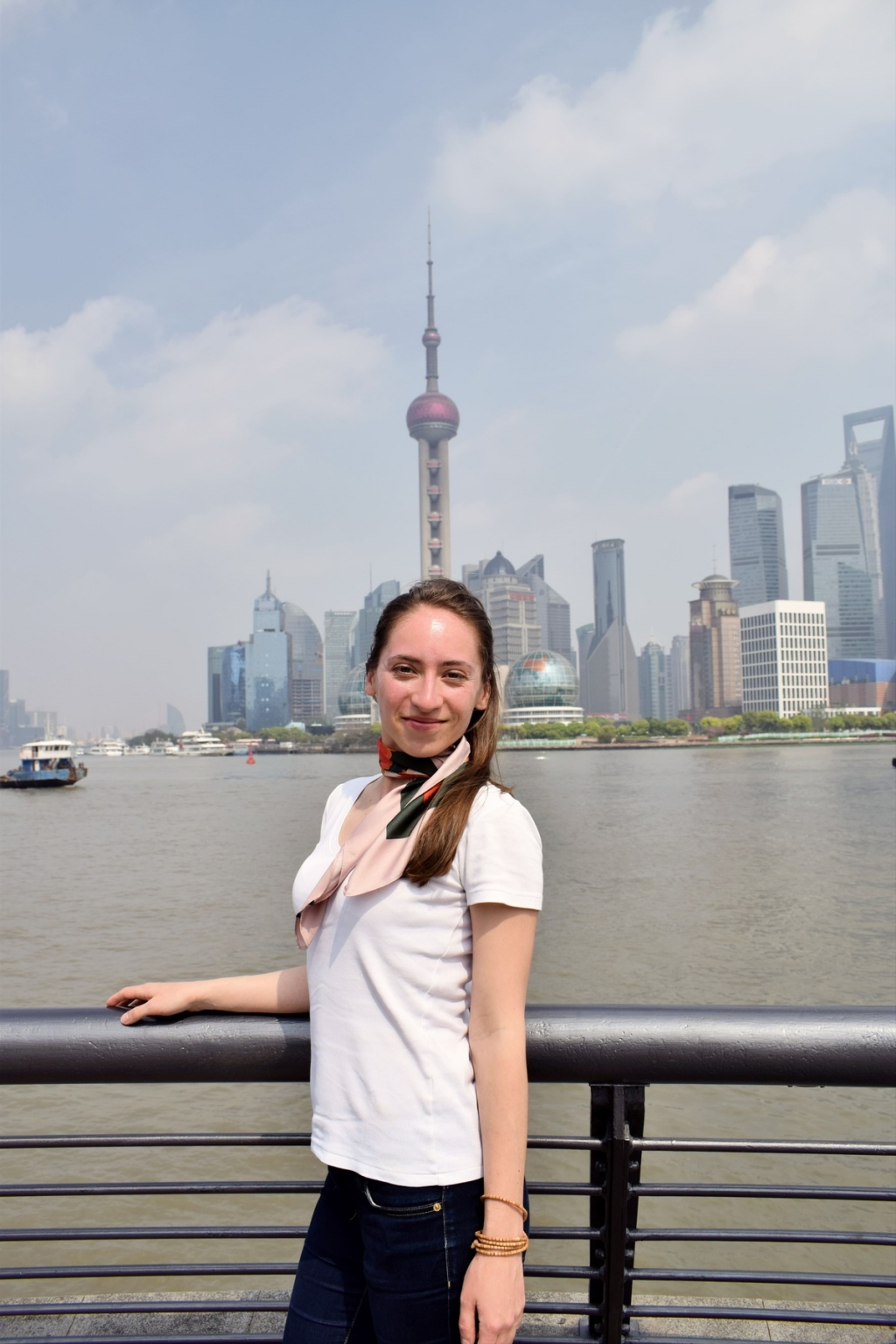 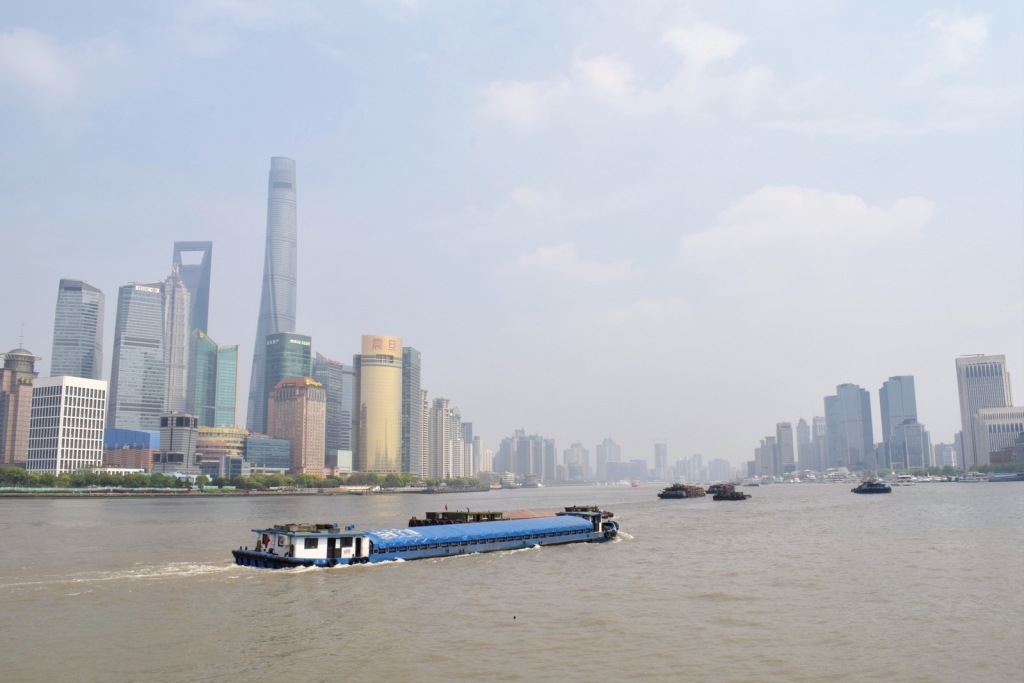 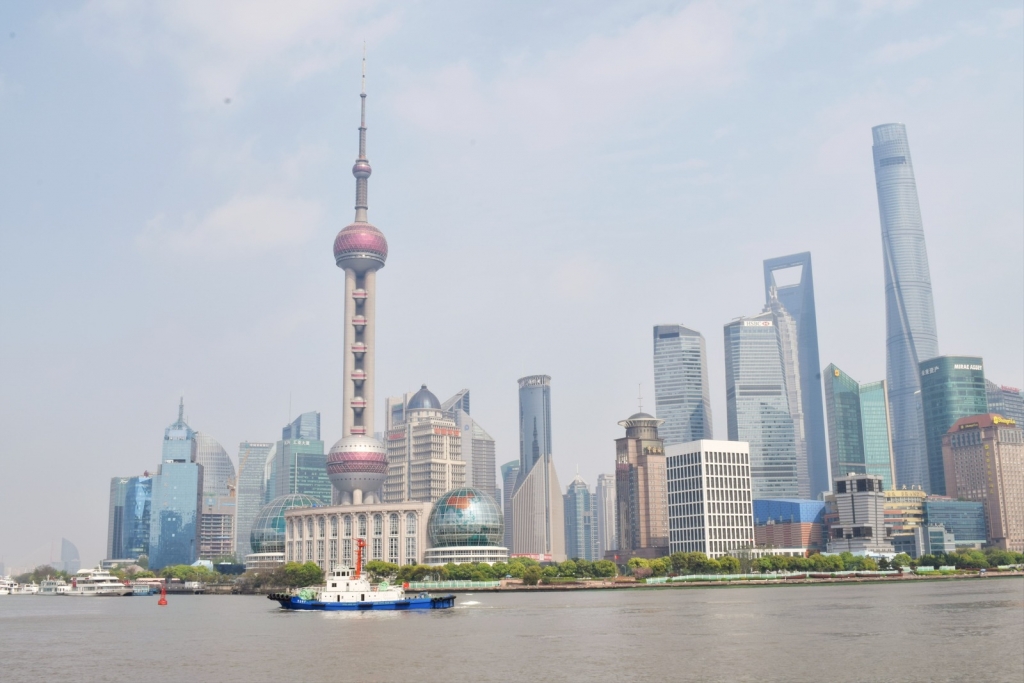 How to visit Shanghai?

Shanghai is not a place for everyone. I know people who went there for work, for an internship or a trip and swore that they would not return there by any means. I also do not plan to return, treating this place as a hub to land with a plane in and take off to a new adventure elsewhere! However, in retrospect, I am happy to have experienced Shanghai with my own eyes and appreciate a place close to nature, like where I live.

What do you want to see in Shanghai? If you decide to explore Shanghai, you must have a clear vision of what you want to see. Getting to a specific place requires tons of time and patience. Don’t plan many things. Choose one place because it will most likely become the only place you’ll see throughout the day. Well, unless you’re superhuman!

Transport. It’s best to get around Shanghai by subway. The city has a developed network of modern underground railways with 18 lines. It is one of the fastest underground transport systems in the world. The subway is the most popular means of transport for the residents of Shanghai; hence a large number of people travel by it. Rides are cheap, and you can get them to every corner of the city. On the surface, the distances between the metro stations are considerable, which causes long walks to get to the station you are looking for.

Consider being tired. It took me almost the whole day to experience the Shanghai Tower viewpoint. Access, the passage from the subway to the tower, queues, elevator, small coffee stopover, and return trip tired me so much that at the end of the day, I could only lie in the hotel bed.

Smog protection. Wearing a mask is compulsory in large Chinese cities. The trip to Shanghai was my first in the land of the dragon. Having no experience, I did not think about protecting the respiratory system. I became convinced of the necessity of wearing a mask after an acute exhaust poisoning after a day spent in the old town. Carbon monoxide and dioxide in excess is a deadly poison to humans. The Poisoning manifests itself by headache, dizziness, nausea, vomiting, drowsiness, and shallow breathing.

Train from Shanghai. If you want to go outside the city and travel by train, go to the train station well in advance, and preferably buy your ticket the day before. At the station entrance, most likely you will find a queue, and the security will check your baggage like at the airport. It is a standard procedure when traveling by train in China. Getting to the platform also takes some time, although the train number is always displayed in Roman numerals, which makes it easier to find.

Excursions. There are many options for short and long trips from Shanghai. This wetland region is known for its so-called water towns. The Yangtze River flowing into the Pacific Ocean creates a vast delta. Today it is man-controlled and flows in artificial channels. Between the arms of the third-longest river on earth, villages were built in the olden days, and communication and transport were mainly water-based. It has remained so until today, and the fairy-tale nature of the water cities impresses travelers coming here. The most popular water towns are Tongli, Zhouzhuang, Luzhi, and Zhujiajiao. Larger cities such as Suzhou, less than an hour from Shanghai, or Hangzhou (less than two hours) can be visited during the day, although I recommend a more extended stay. Huangshan city is also easily accessible by train from Shanghai, but you should plan your stay for at least a few days. There are many beautiful things to see in the region.