Home / Blog / Bez kategorii / Perugia, the unknown jewel in the heart of Italy

Perugia, the unknown jewel in the heart of Italy

There is a place in Italy, an ancient city on a hill, surrounded by massive walls, that became my home for a year. Perugia, the capital of the Umbria region-city of students-, gathered us from many different places in Europe, and it enriched everyone in a unique way. Italy, having the magical aura of a past, ancient civilization, together with elements of contemporary reality, invariably delights with the culture and beauty of its landscape. Everyone can imagine that finding yourself, under a happy Italian sky, is “like being in heaven”. But I can tell you that finding yourself in Umbria, is even better! 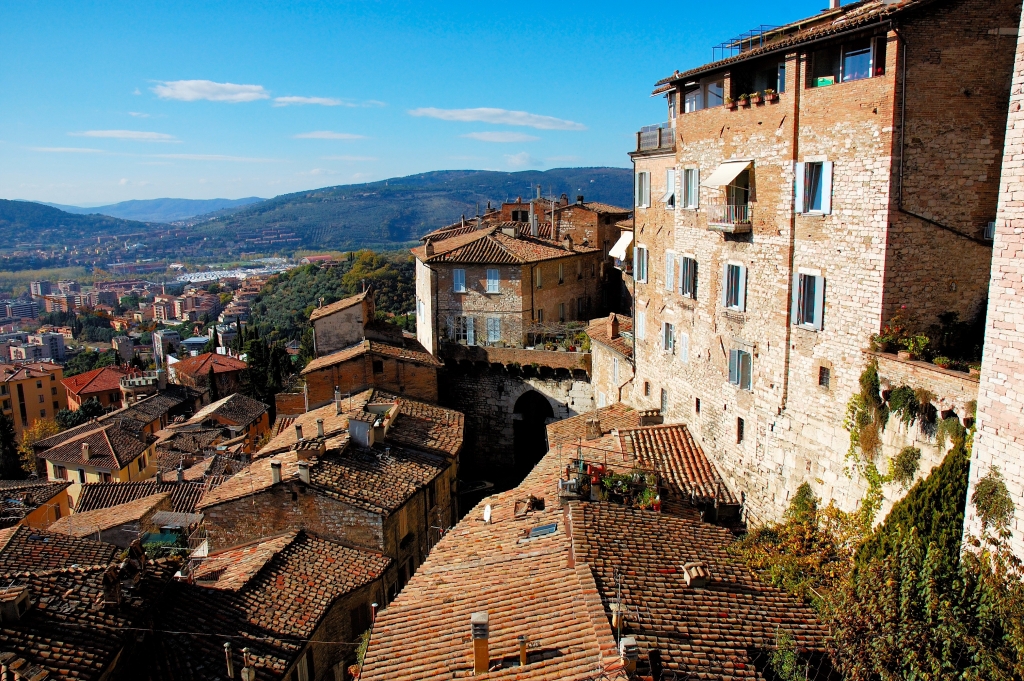 Perugia is the cultural and political heart of this mountain region of exceptional beauty. It has something that makes me always come back here as if it was my place, and I can tell you everyone who visits here for the first time, is enchanted. Perugia’s success consists of several factors. It is not a city with significant tourist prestige. Traveling groups with loudspeakers, that are a plague in other famous places in Italy, do not come here. It is a student city, full of young and energetic people with dreams. Perugia is located on a hill, and is divided into the upper and lower town. The upper town forms an old part with stone houses and narrow streets, in the lower one, there is a railway station and modern buildings, with a network of wider roads. This specific division has caused that the upper part of the city, has maintained its intimate and medieval character and is connected with the lower part, with the fantastic Minimetro subway, sort of a mountain cable-car, uphill. 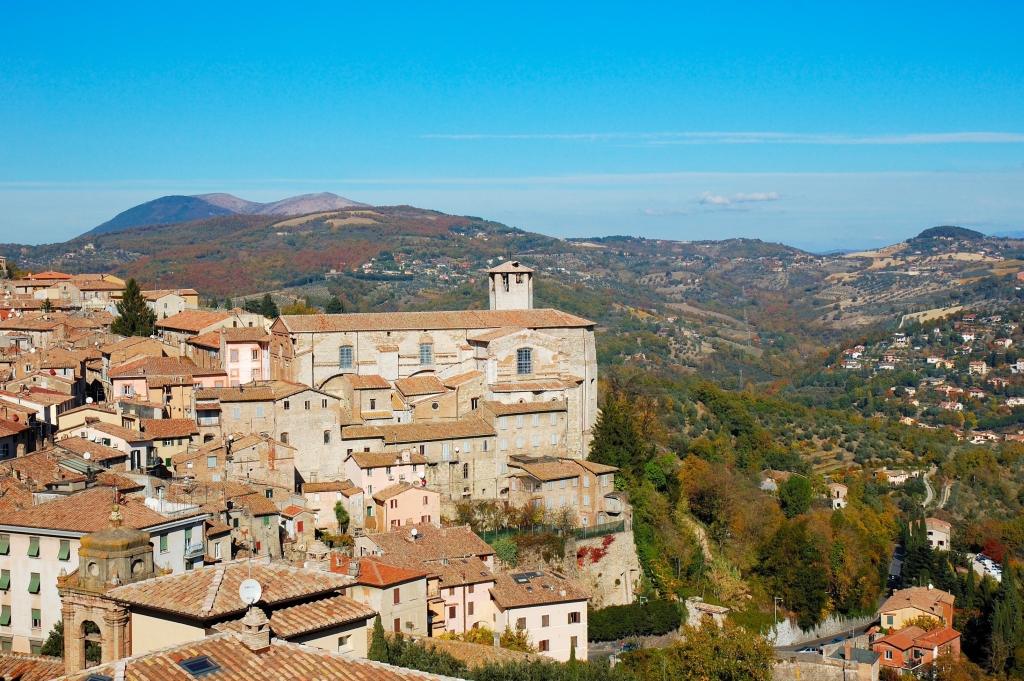 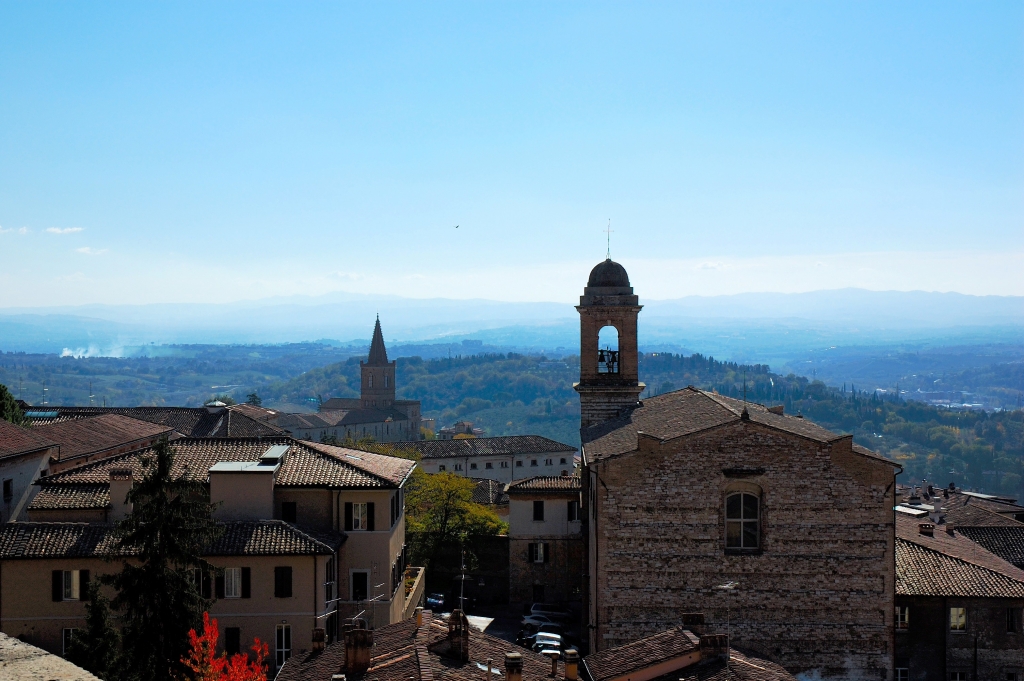 The city was founded by ancient people, long before the Roman Latin era: the Etruscans. This indigenous ethnic group, of the central part of Italy, lived in present Tuscany and Umbria. Today, hardly anyone knows, that those so fashionable among today’s tourists, cities like Siena, Florence or Bagnoregio, were founded by Etruscans. That is why Perugia is so beautiful, it contains the apparent elements of the culture of ancient Rome, but laying on the foundations of a pre-existing civilization, seems to have a soul. The Etruscans were harassed by Roman invasions, they did not want to be a part of the empire. Many bloody battles, in defence of the Etruscan political and cultural identity, did not stop Rome in its possessive expansion. The conquered Etruscans had to surrender to the new rulers of the Apennine Peninsula. With time, they adopted the customs and language of the invaders. 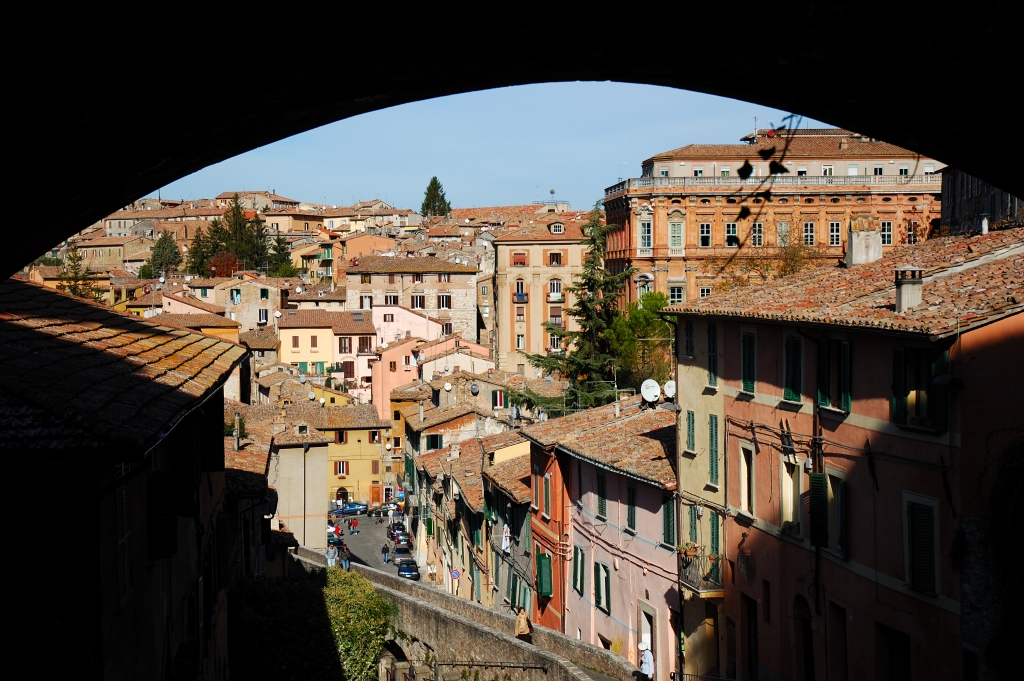 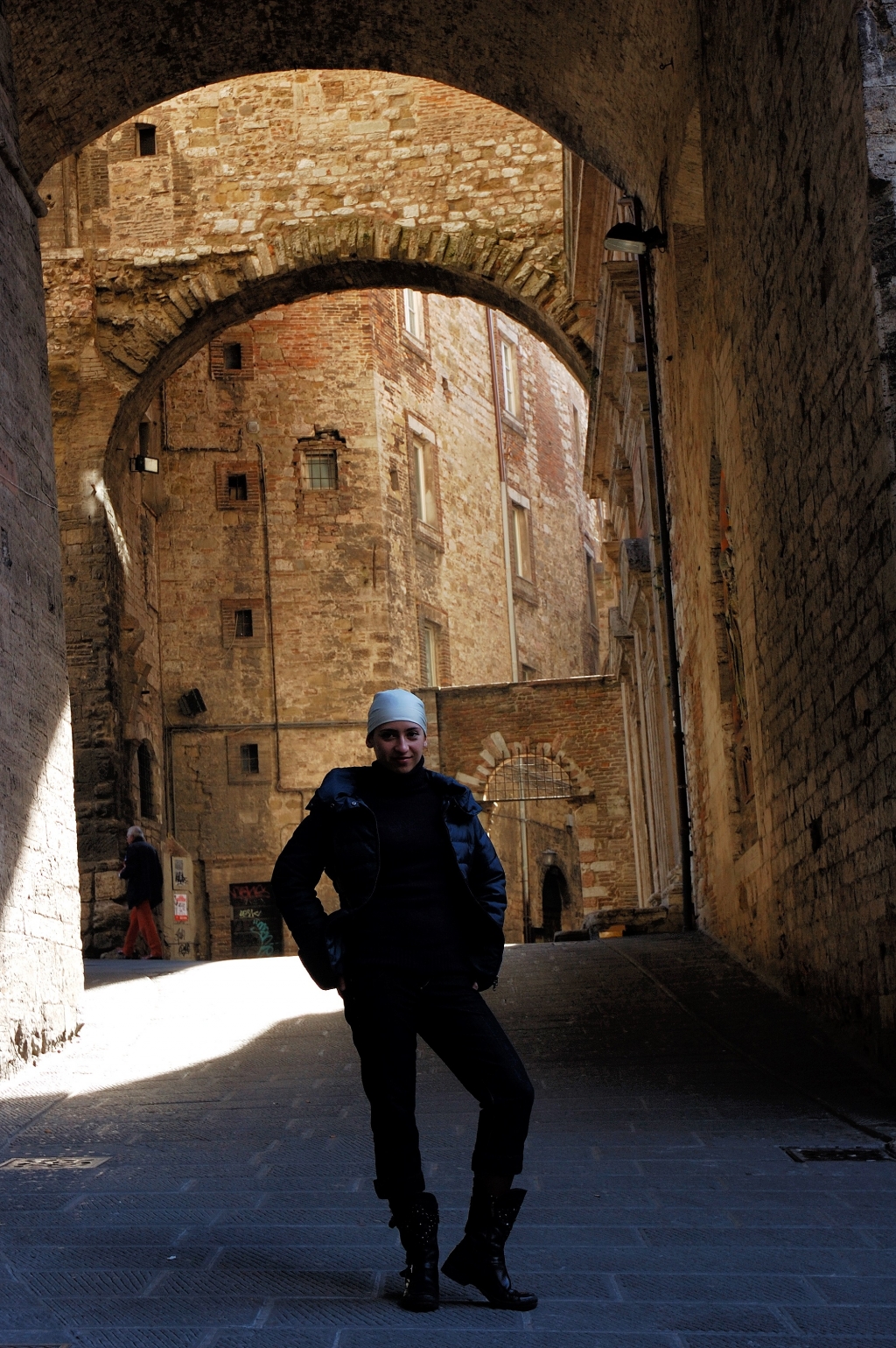 In the 16th century, with the advent of the Vatican rule, to seal papal authority over the Etruscan city of Perusia, it was decided to build the Rocca Paolina fortress, destroying thousands of houses and ancient buildings. To this day, you can admire the system of corridors and tunnels of this fortress, which form part of the modern system of escalators, connecting the lower parts of the city with the main square of the old town Piazza IV Noviembre. Often there are fairs with regional food degustation and art events. Living there, I had the opportunity to taste Italian wines and, previously unknown to me, truffles. Being in the highest part of the city, I always felt special. Surrounded everywhere with ancient walls, I often had to pinch myself, to remind me in which century I was living in. The modern shops and cafes, filled with ancient decoration, selling globally known products and clothing, have failed to integrate into the city’s scenery. From my one-year stay in Perugia, I still remember those sunny mornings and the smell of delicious, strong Italian cappuccino coffee. I remember waiters, singing jaunty tunes, serving my favorite pizza with zucchini as a main course, and a pizza with sweet chocolate for dessert. I go back to those long summer evenings, sitting with friends on the steps of the San Lorenzo cathedral, on 4 Noviembre. Through the eyes of my imagination, I can still vividly picture the shape of the Subasio mountain, with the city of Assisi at its foot, a view that stretched from the window of my student room. During winter, however, I often think of shiny Christmas lights, narrow, snow-covered alleys, of the old town of Perugia and steaming hot chestnuts for sale. 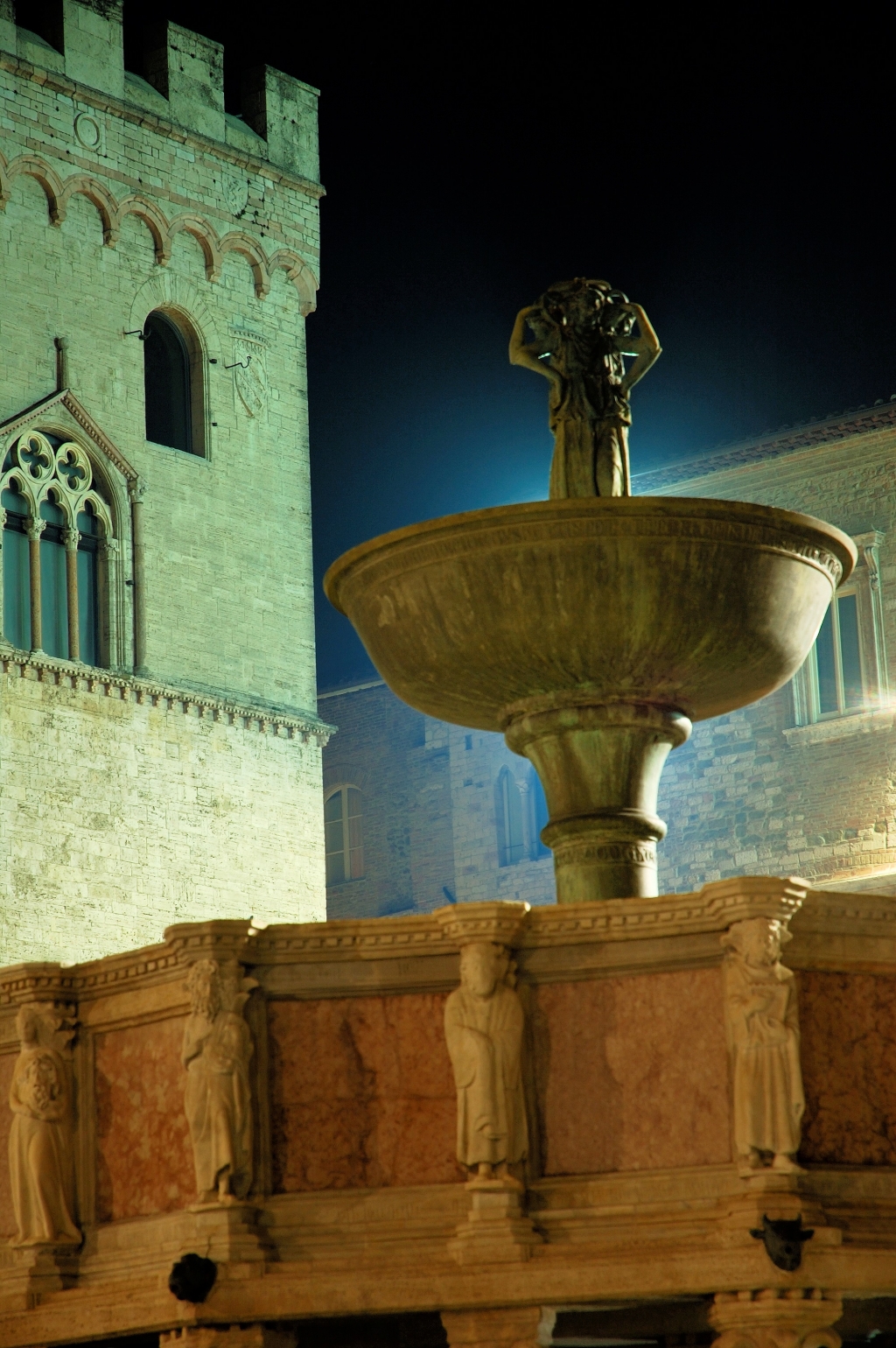 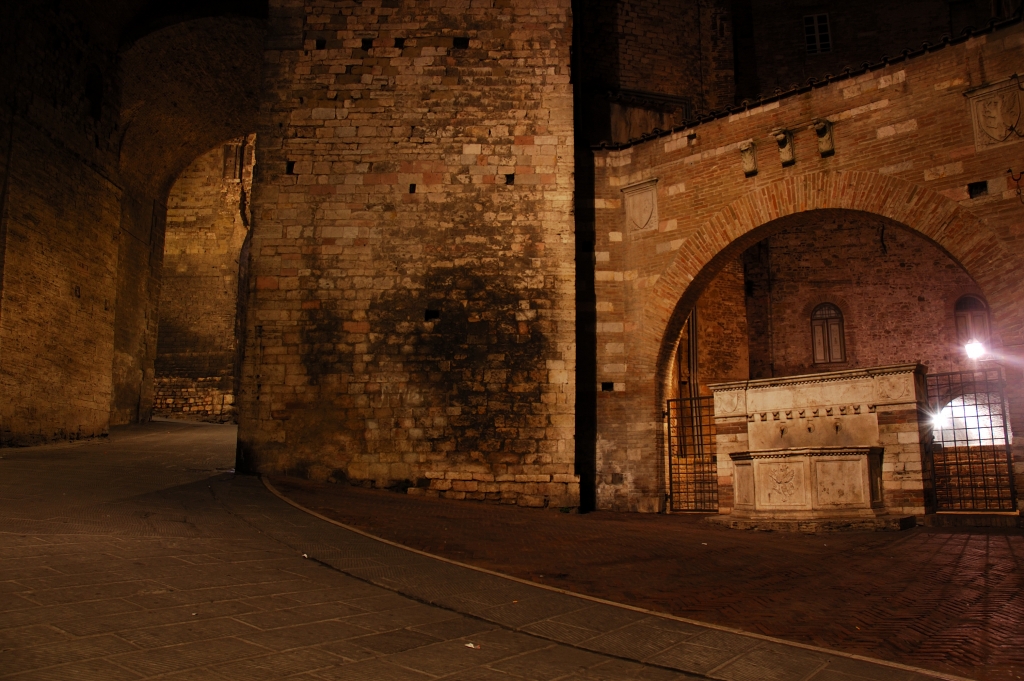 Perugia, like every modern city, is changing relentlessly, in the direction of modernity. Multilane car avenues, skyscrapers, parking lots, and other elements of modern architecture, I hope will never reach this charming city. Italy seems consistently defending against the flooding wave, of creating big metropolises and destroying what is precious and ancient. That is why it is a country where traveling and life, still have their magic, where tourists invariably return enchanted by the rich and very long history of Italy, often unable to experience the same in their homelands. Perugia and other cities of the Apennine Peninsula, seem to have one more serious problem: It is one of the areas with the highest seismic hazard in the world. Every few years, an earthquake hits Italy, which destroys many valuable monuments, and sometimes entire towns. The epicenter of the last quake was eastern Umbria and the neighboring region of Le Marche. Living in Perugia, I visited the village of Castellucio di Norcia, in the beautiful Monti Sibillini mountain region, a 2-hour drive from Perugia. Today, the village stands in ruins. In 2016, the 6,5-magnitude earthquake, according to the Richter Scale, completely destroyed the ancient monuments of past eras, leaving only nostalgia behind. The inexorable mother nature will also wipe out the ancient Perugia, but in the meantime, the city stands proudly, honoring the long centuries of the warlike history of the peninsula, bringing joy to the eyes of its inhabitants. 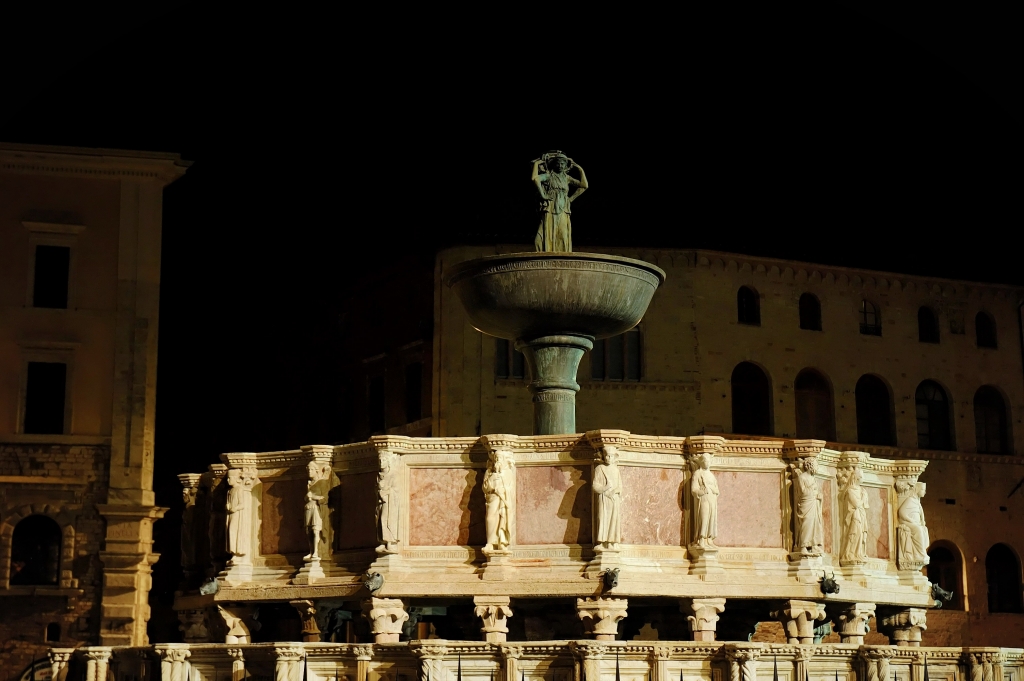 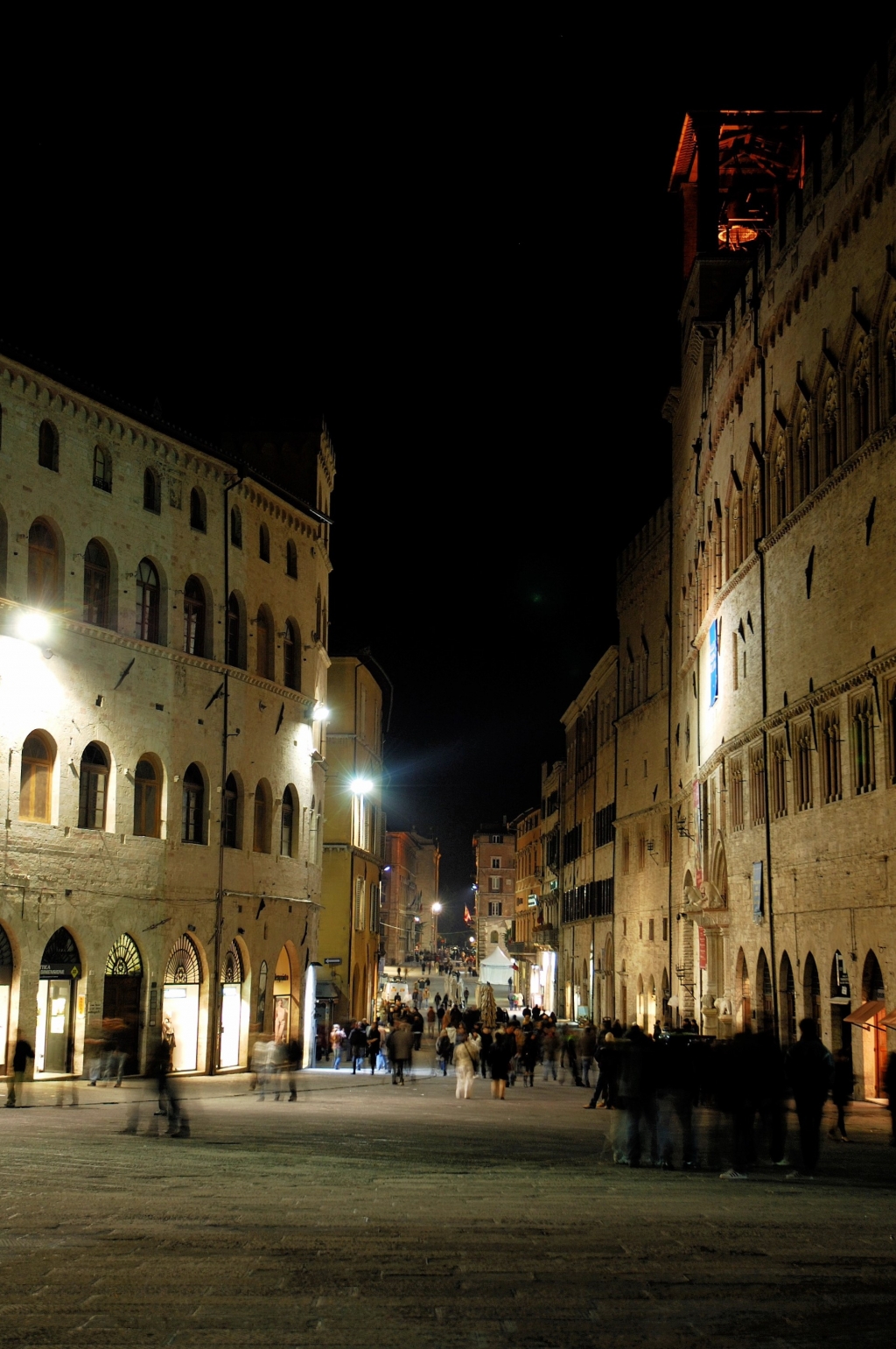