Berbers are an ancient people of North Africa. They live in the very harsh desert conditions that characterize the Sahara Desert, the high Atlas Mountains, the Rif mountain range and the Kabylia region. They have lived in northwest Africa for millennia, and over the centuries their country has been called by different names: Maghreb, Numidia, and Tamazgha. Today, these ancient lands are divided into four countries: Morocco, Tunisia, Algeria, and Libya. 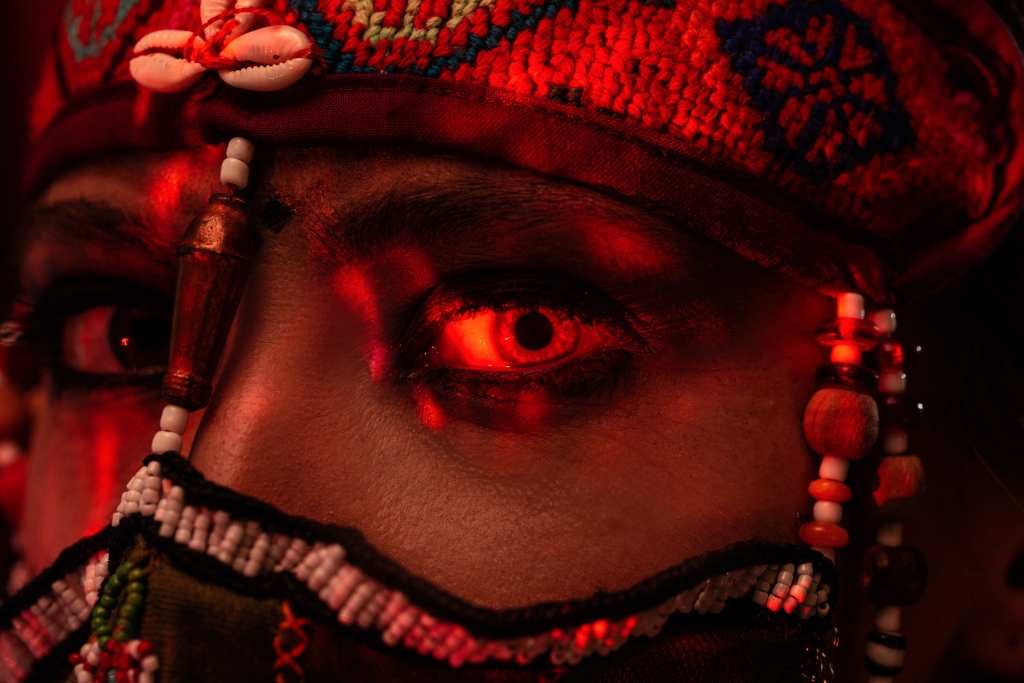 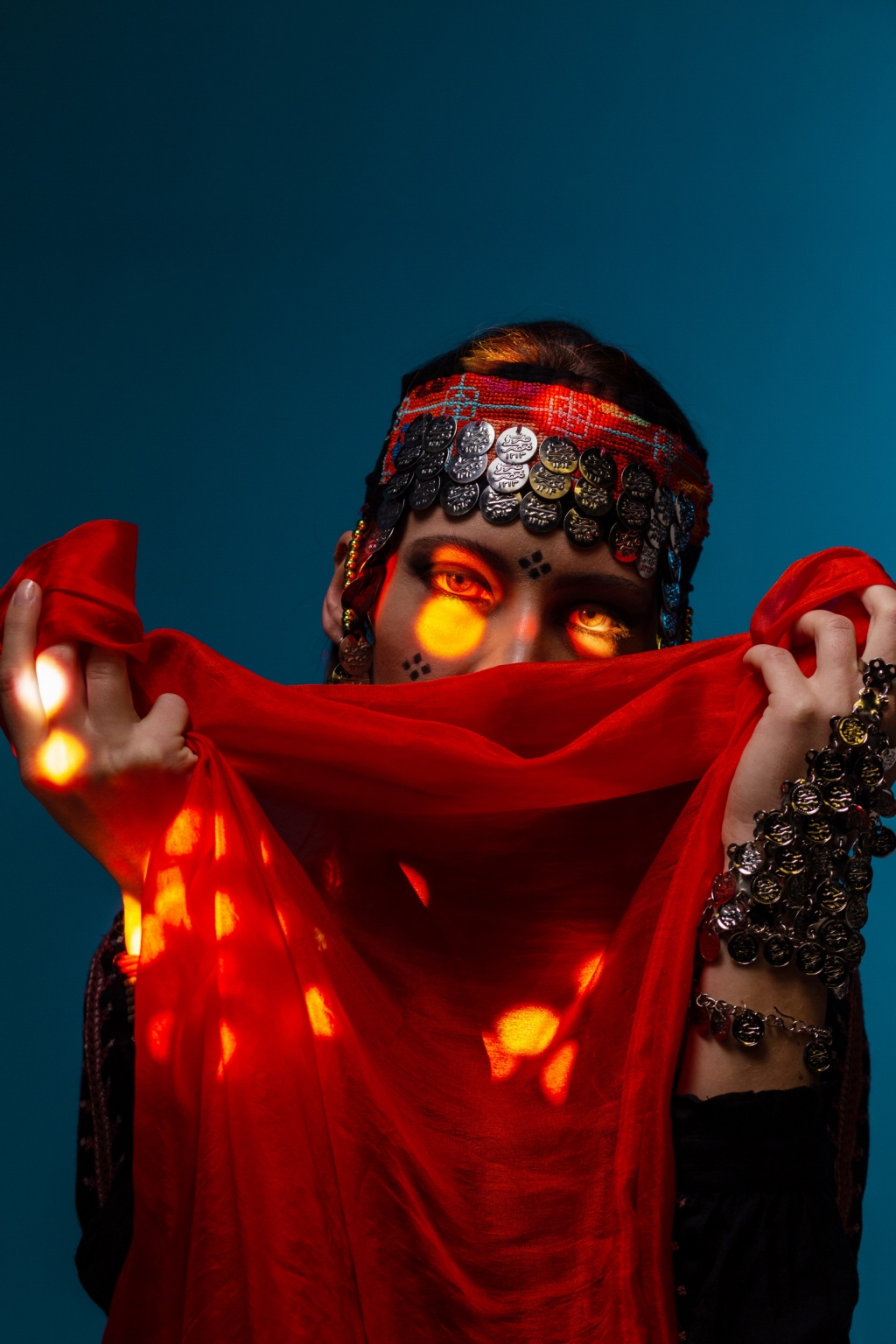 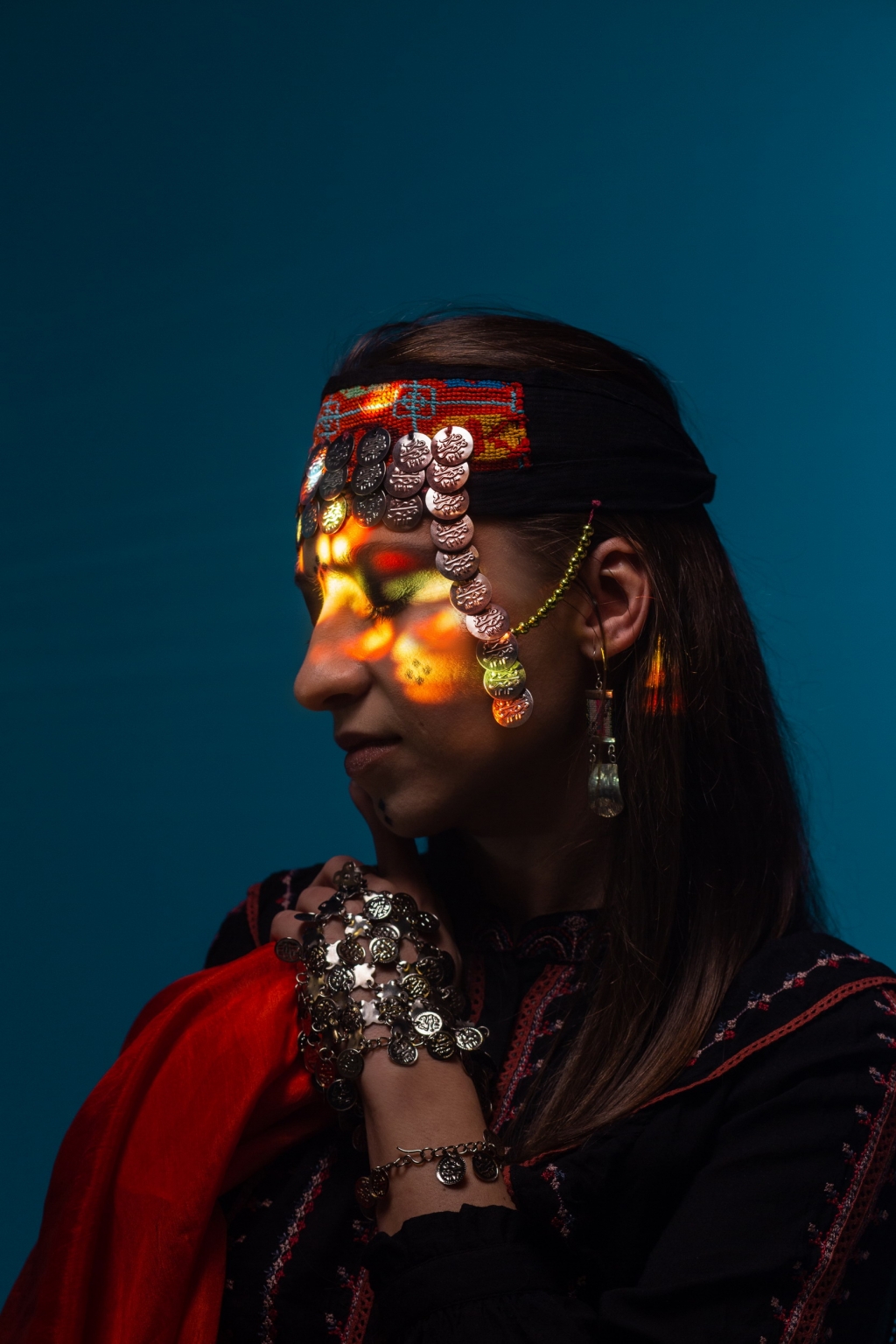 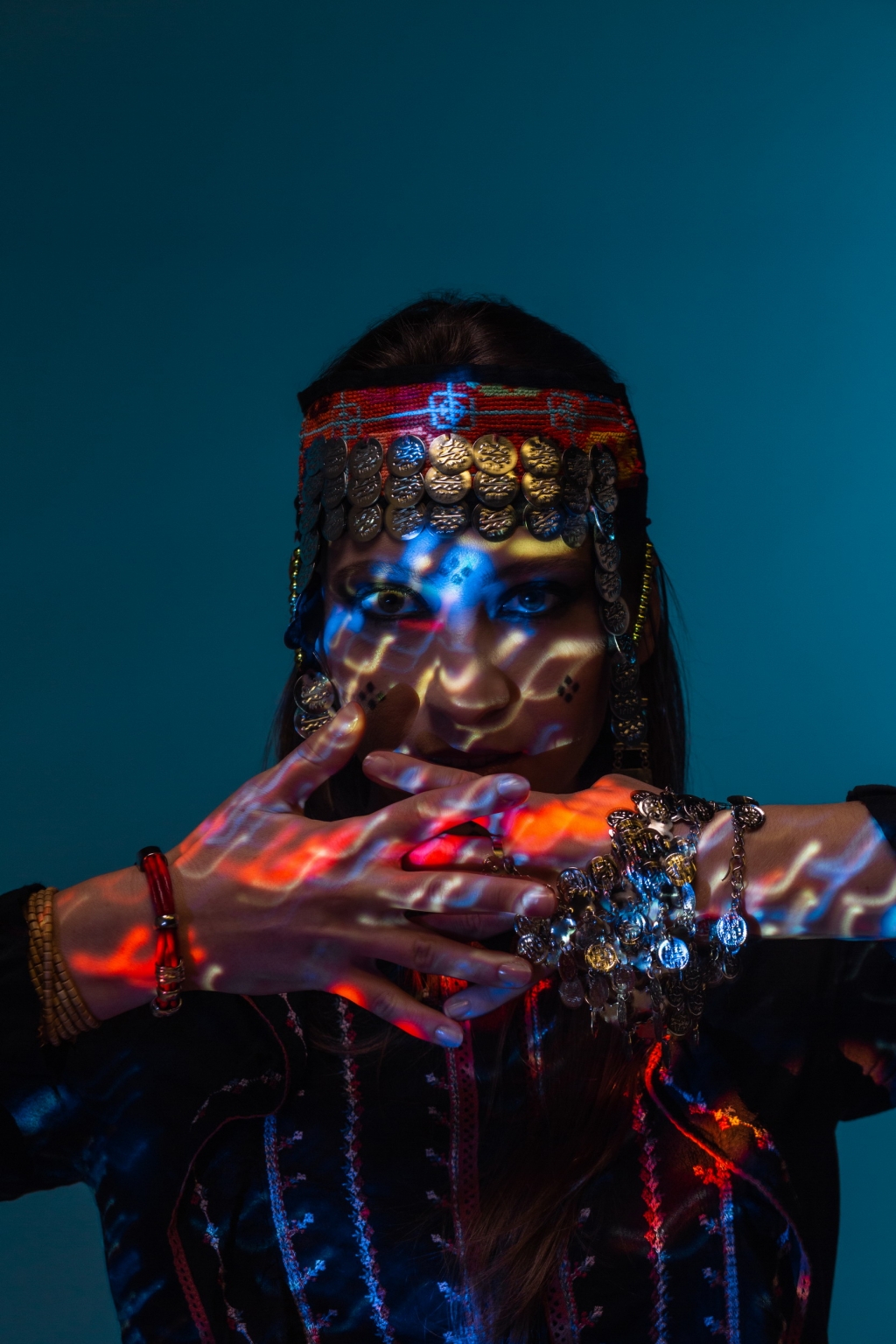 The name Berber comes from the Romans, and means barbarian. Berbers are very proud people and do not like to be called like that. They treat this given name as an unfortunate nickname. Berbers call themselves Amazighs which means free people. They live in many different countries and regions, but consider themselves as a one nation.

From the immemorial time the Northern Africa was inhabited by the Amazigh ethnic group. Their people characterized by a specific culture, religion, language and a lifestyle, that continues until today. Forever fearless warriors, in ancient times they fought various invaders. For centuries they defended their land until the Arab invasion. The Islamic military wave, coming from the Arabian Peninsula conquered North Africa in VII century, and arrived as far as Spain and southern France. After the occupation, the Arabs installed themselves successfully on those new lands. Later, in the 15th century, Reconquista ousted the united Arab and Berber army from Europe, but the Arabs never left North Africa. Until today they live on the Amazigh land, and even if the coexistence after many centuries is very real, the relationship between Arabs and Amazigh remains rather difficult. 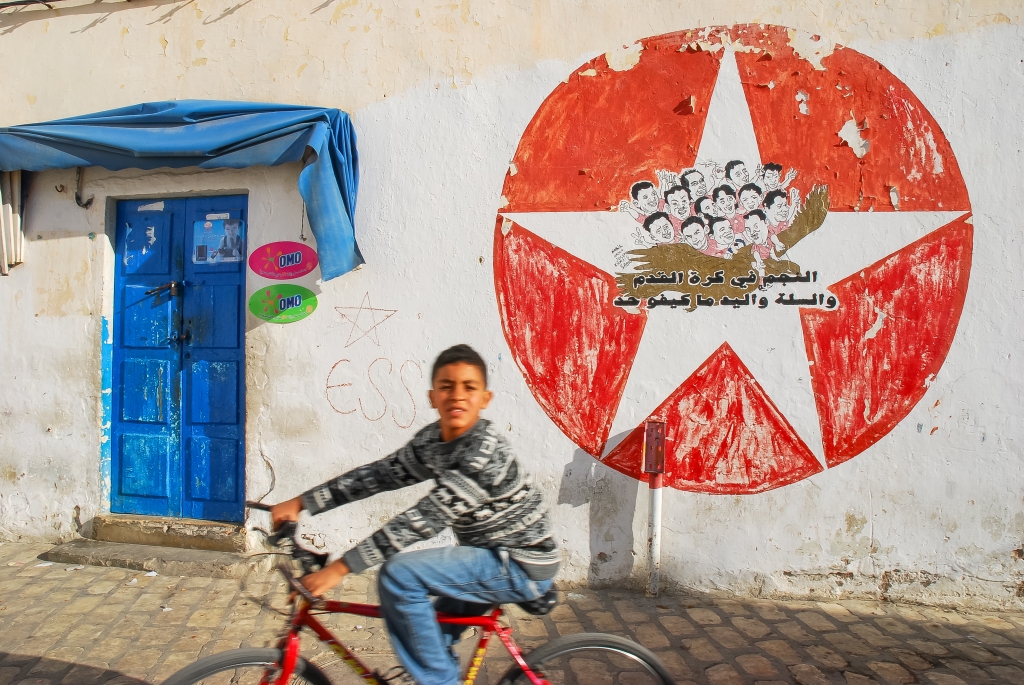 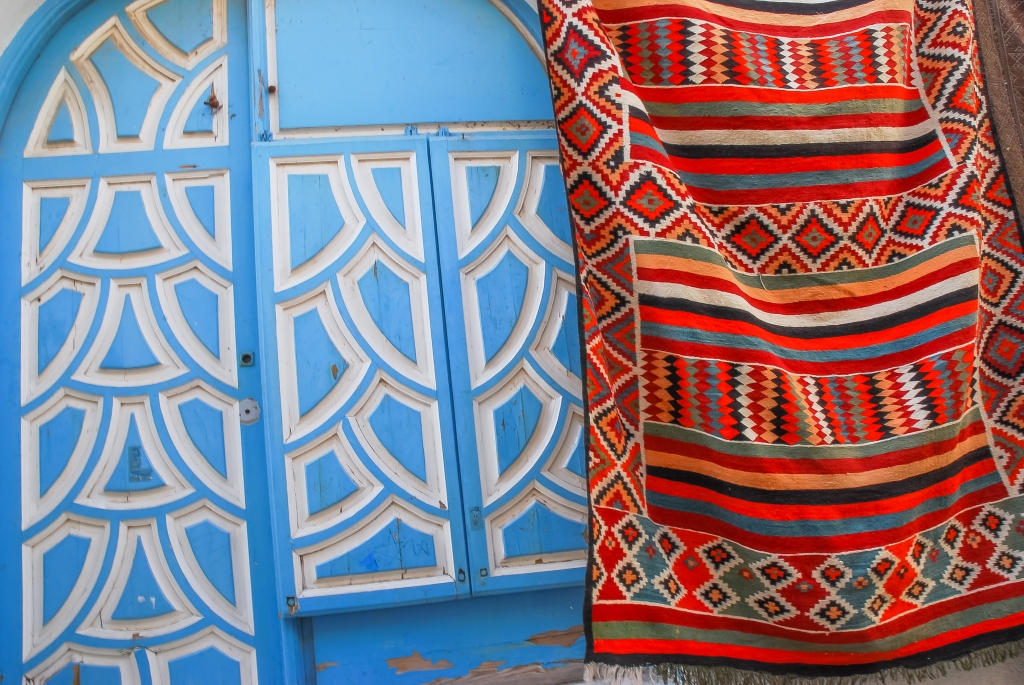 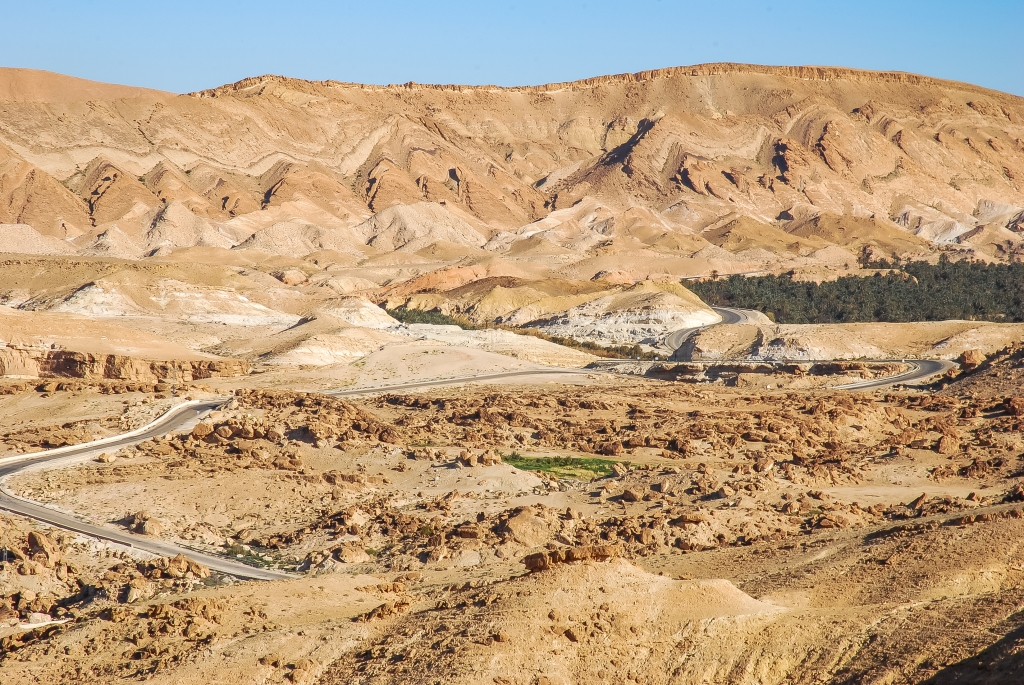 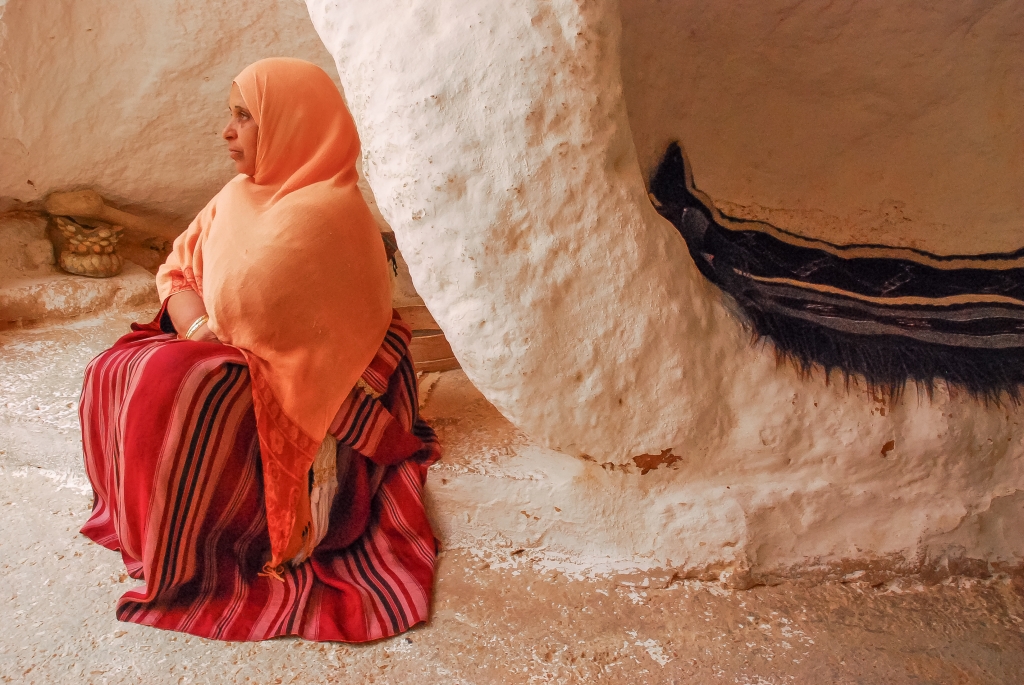 Berbers society belongs to the ancient matriarchal cultures, that venerate Mother Earth. Traditionally Berbers lived in close contact with nature. As an oral culture they didn’t have clocks or calendars. Their rhythm of life corresponded to natural cycles of the sun and the moon, and all rituals were an expression of their deep reverence of the order in the natural world. The Berbers looked at themselves as an inherent part of the macro cosmos, they were not separated from nature as in modern times.

Whenever I plan to travel to Morocco, I always encounter some criticism. Morocco is considered mostly Arabic country and dangerous for women. From my experience all countries can be dangerous while traveling, both for men and women. A careful traveling is everywhere advisable. Northern African countries can be very tiring because of nagging from the locals but yet, being a woman never made me feel uncomfortable there. When you travel to Morocco you can notice that the women are not oppressed like in other conservative Arab societies. On the contrary, they present strong characters and are free to interact with whoever they want. They can be talkative, friendly or cheeky and rude. They work just like men and are equal in many respects.

That is because, contrary to the Arabic world, in Amazigh society a woman plays a fundamental role. Morocco is a first African country to recognize Amazigh ethnicity and let their culture thrive thanks to the establishment of special laws, education and recognition of their culture. Since almost half of the Morocco population claims to be Amazigh or Amazigh descendants, somehow in this country is well visible certain respect towards the woman. 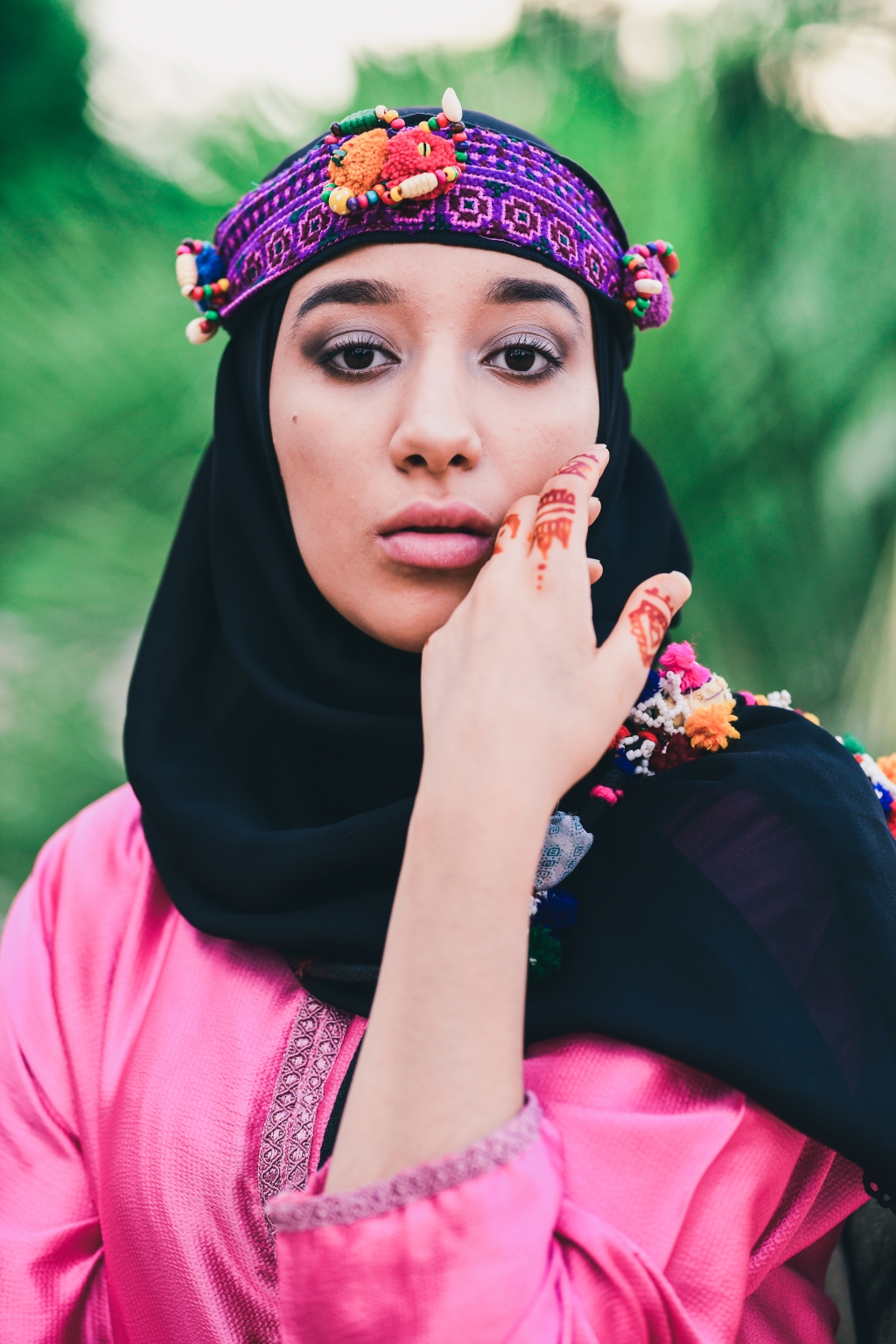 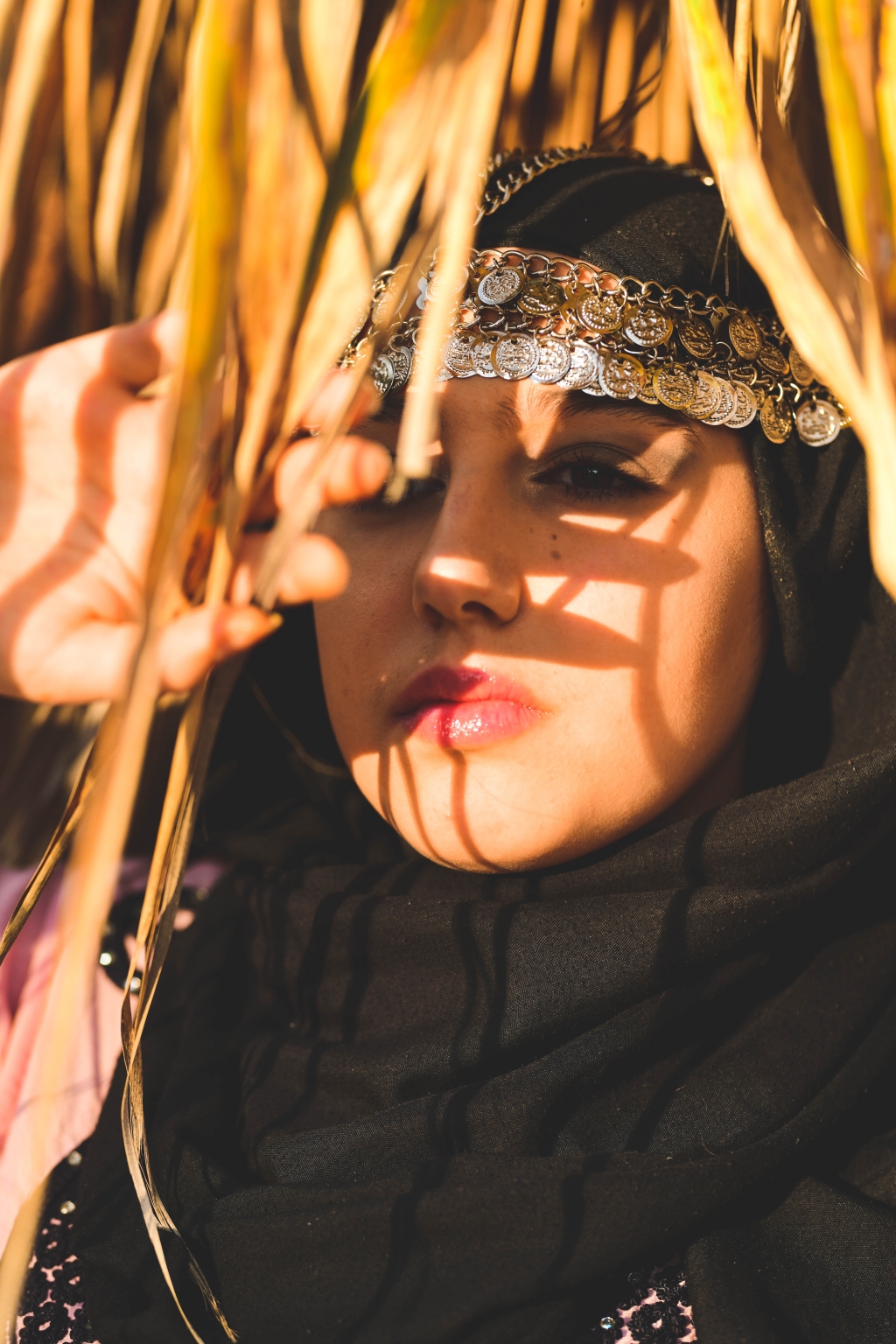 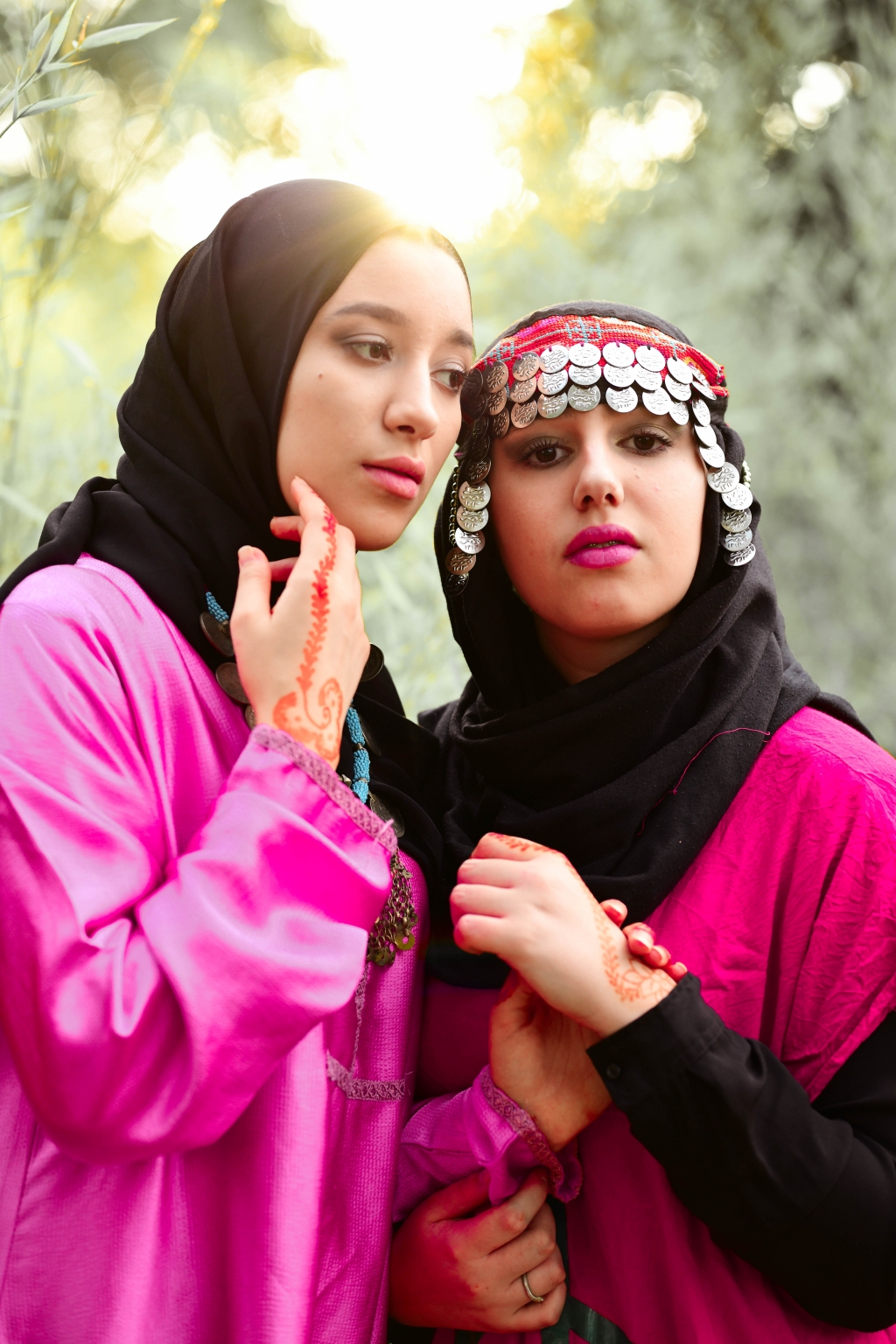 In contrast to many other cultures and societies in the world, Amazigh women hold a high status in traditional Amazigh society. Women there have since always played outstanding leadership roles including: military leaders, spiritual mothers, and even more significantly, as one of the Amazigh gods. The mixture of myth and reality that surrounds the pre-Islamic Berber goddess Tinit and female warrior Kahina has managed to inhabit the collective unconscious and imagination of today’s Moroccans.

A woman for Berbers represents a portal to a spiritual world. While in Christian Europe and America a woman performing rituals was called a witch and brutally persecuted, in Amazigh society, the rituals were important reinforcement of the families and social bonds, used for religious purposes and educational goals. These ceremonies revolve around healing, fertility, worship, lamentation and life cycles. An example of extremely important ritual, in this desertic land, is the bride of the rain rite. It goes back to an ancient tradition of gathering and singing in front of the goddess Tanit to implore her to bring rain, when water is scarce. The chosen woman called ‘bride’, travels from village to a village, and people around splashed her with water and gives her money or gifts.

The other important element of Berber tradition is the language and oral tradition. The Berbers speak language without its written version. Since always it was a Berber Women who was responsible of teaching the language and passing the oral culture from generation to generation. It covers ancestral poetry, songs, folktales and public oratory. Its subject can range from love, the self, family, and community to the struggle for independence from colonialism, and modernity. Recently, along the recognition of the Berbers culture by the Moroccan government, the oral language of Berbers, was reinvented into its writing form. When traveling the Morocco, we can see often writing in three languages: Arabic, French, and Berber.

Most importantly, women are the artists in Berber culture. Berber women express art in carpet weaving, textile making, body tattoos, and face, hand and feet decoration. Women regard their artistic creation as a meditative practice. Their concentration when they apply tattoos or henna, is meant to bring them closer to their creator. The most interesting part of the women decoration is their tattoos. Traditionally Berber women paint their faces and their body with mysterious black symbols. More than a fashion, it is an art that contains an essential sense for human life, representing belonging to a social group, protection or a prayer. 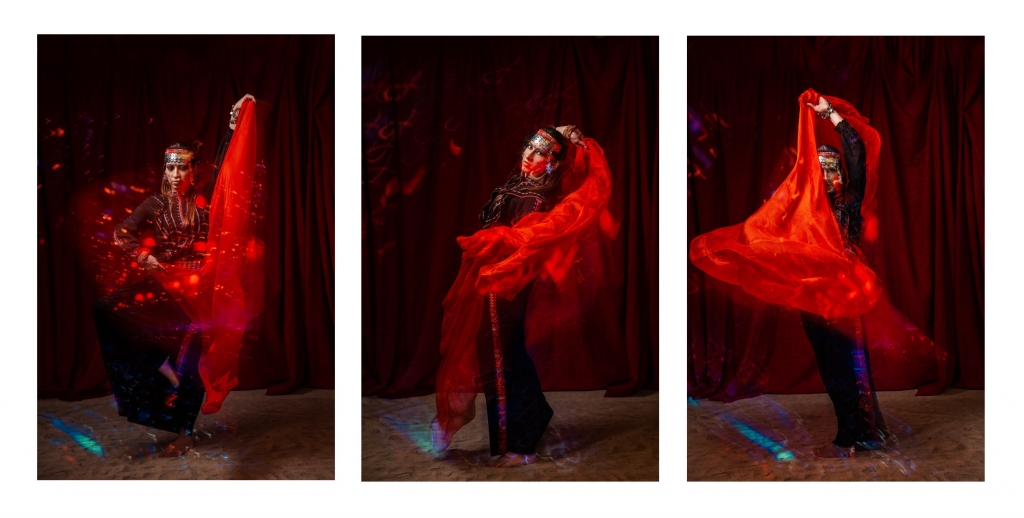 And in the end, a part of the female role in the Moroccan society, what struck me the most is that Amazigh look very alike Europeans. Some of them are darker skinned and many of them have a light skin and blue eyes. Exploring the genetic map of the world, it turned out that Amazigh are more related to southern Europeans than to Arabs or Africans. If it so, does the political and cultural frontiers are right? Or should we rediscover our origins, and verify some beliefs?