Regietów-forgotten village on the borderland of cultures, in the magical climate of the Low Beskids

Regietów is a small town, down at the border with Slovakia, located in areas inhabited in the past by the people of the Lemkos and known from the largest Hucul pony farm in Poland.

Located at the foot of Mount Rotunda, away from cruising routes and large metropolises, one can say that Regietów is not yet discovered by tourists.
It is an extremely charming place. Peace and quiet prevail here, and the proximity of nature, forests and hills, encourages hiking trips to explore the area.
I visit Regietów on a regular basis, and it seems beautiful at any time of the year. In summer, meadows full of sunshine and suspended silky spider webs; autumn with cool mornings and mysterious fog in the valleys; covered with pristine white snow in winter, which means that the paths disappear suddenly under the blanketing snowdrift, and it turns out that the good fellow Hucul pony, remains the best means of transport. Spring, however, dazzles here with all the shades of green and the scent of flowers.

The country side consists of a dozen houses, an Orthodox church and a horse-riding center located on the same spot as the Hotel Gładyszów.

The idyllic-drowsy lifestyle of the village is interrupted from time to time with occasional events at the Gładyszów stud. Whereas the biggest attraction of each year, is the Hucul horse roundup. Horses graze for 6 months a year on the Regietów Górny meadows and for the rest of the year and cold months they stay in the appropriate stud farm installations. In the winter, horse sleigh rides are popular and summer attracts horse-riding enthusiasts and a few tourists looking for peace and quiet.

The Hucul pony remains the star of the region. Historically – this breed is very old, almost extinct after the turmoil of 20th century in Poland. Here, in Regietów, they live under the watchful eye of the caretakers of the center created for them. The ponies are small and shapely, very durable and adapted for long hikes. Their gentle nature makes them fantastic for all levels of horse riders and for hippotherapy. 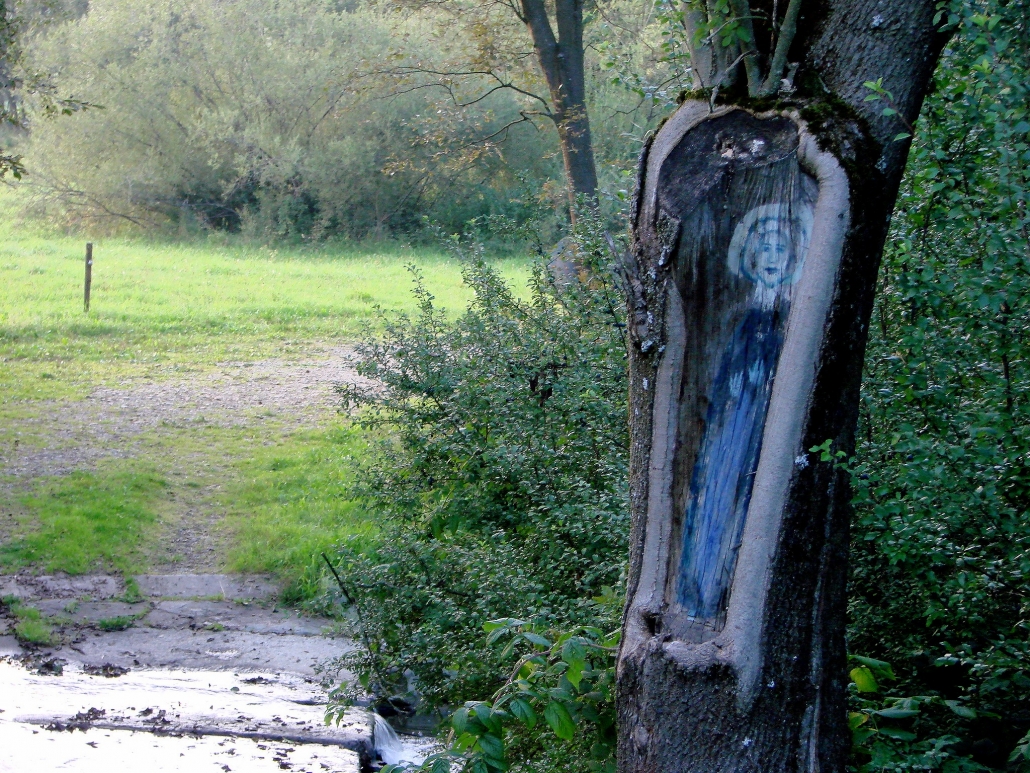 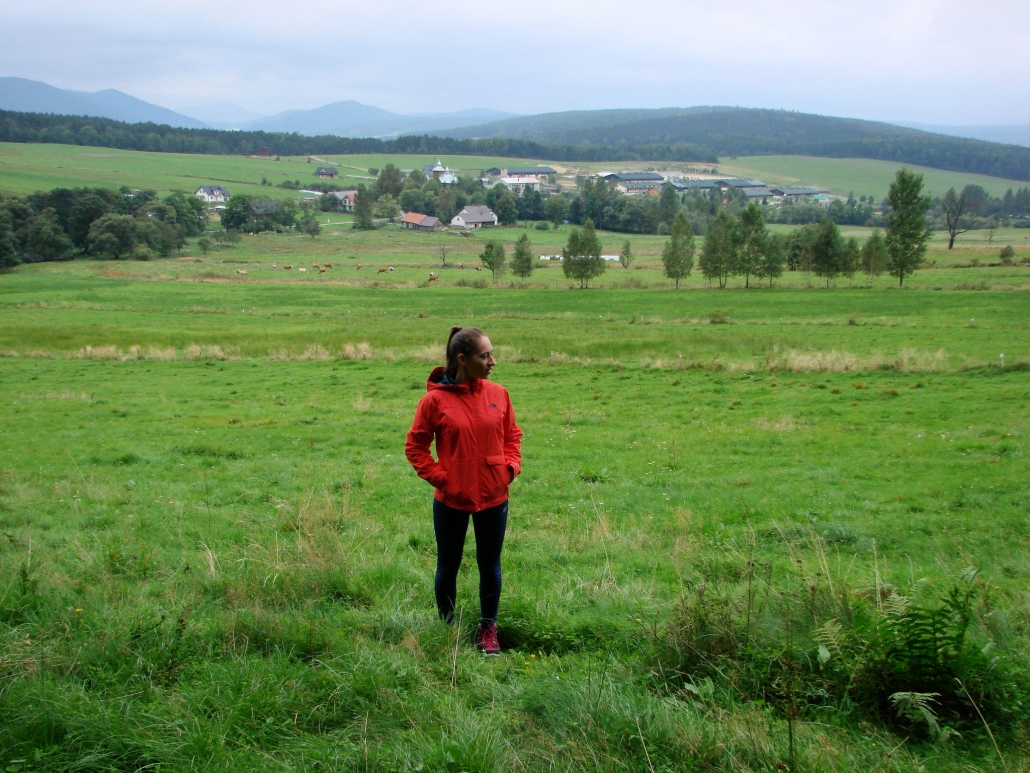 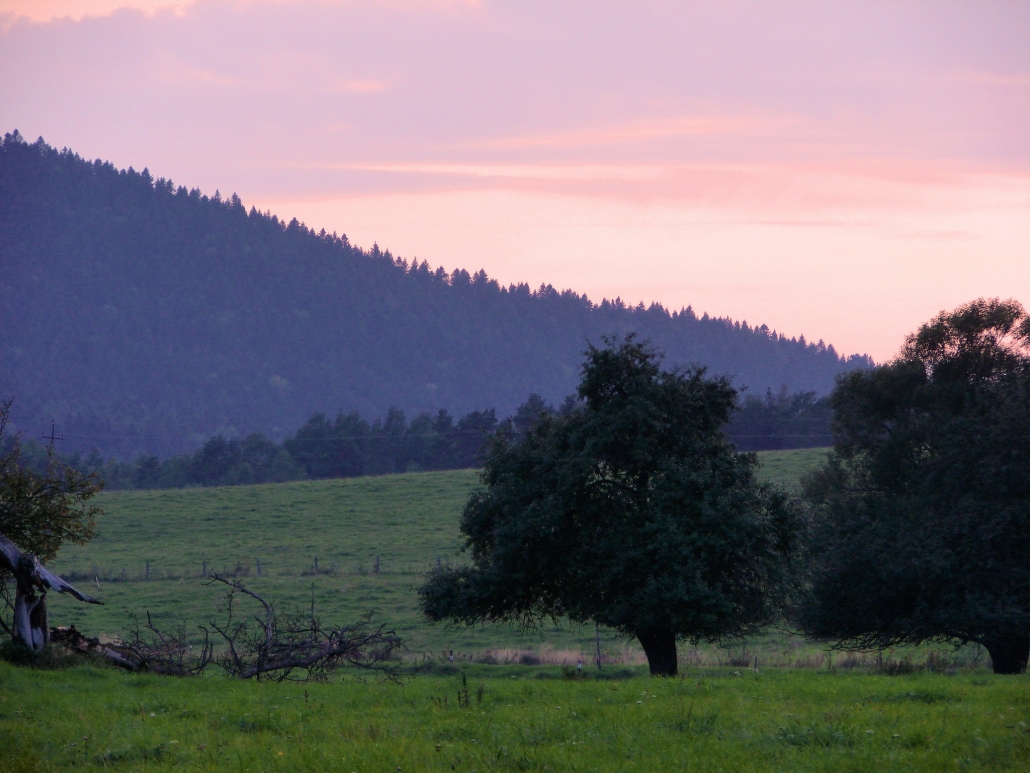 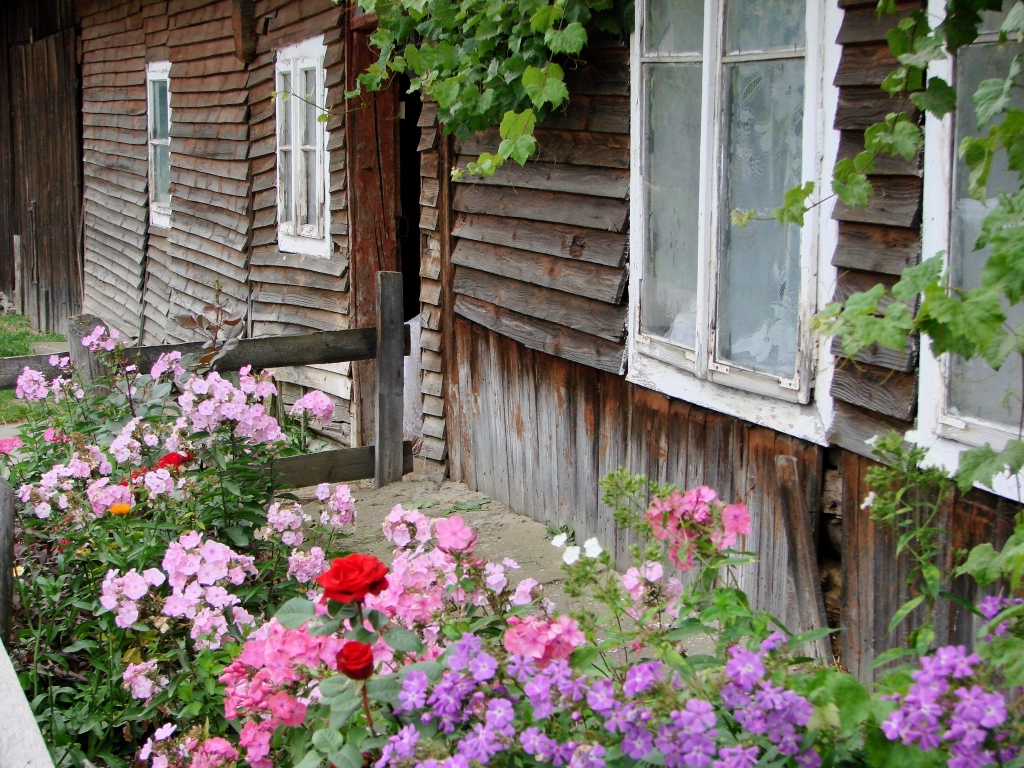 For hikers, Mount Rotunda is the great attraction in the area. It is where the original No. 51 cemetery, from the First World War, is located. Just like this one, war cemeteries are an inseparable element of the landscape of the Low Beskids. Many fights took place in its territories and thousands of people of many nationalities died. There are mass graves of German, Austrian, Russian and Polish soldiers in them. They were buried together, and the inscription on one of the cemeteries best reflects the history of that time

,, Do not ask who was a friend and who an enemy,
Thousands of heroes faithful to the oath, fell in a fierce battle.
The victims were buried in rows of graves
The angel of death embraced them in a sky free of hatred’’

Cemeteries as an expression of memory and human tragedies, were designed by eminent architects. Most of them were created by Slovak – Duszan Jurkowicz. An interesting fact is that they were built outside the villages, high in the mountains, on their slopes, so that they can be seen from the distance. Unfortunately, the slopes were forested, and the necropolis became overgrown and destroyed, becoming half-forgotten places. Nevertheless, even after years they are architecture gems, and the most beautiful piece of work is believed to be the Rotunda cemetery, located near Regietów. It’s built on a plan of a circle, surrounded by a stone wall, and in the center of it there are five high towers, ended with crosses covered with half-round roofs. The cemetery has been under renovation for several years, and its completion is planned for 2018.

Regietów is a great place for a moment of rest and reflection. Faded symbols of the recent past, the ancient border routes that once were part of a larger whole and the wild nature that prevails around, impresses me with a peculiar climate. This place – always – is a respite for me, from big cities and fast modern life. It’s here where I escape to feel my true self again.

Five things that you should definitely try while in Regietów

Go on a bike trip

The bike can be rented at the Gładyszów hotel, or you can come with yours. There are many possible bicycle routes around Regietów. My standard option is to drive to Regietów Górny and from there to the border, or even further. The road is sometimes hilly, but the views and peace are invaluable. 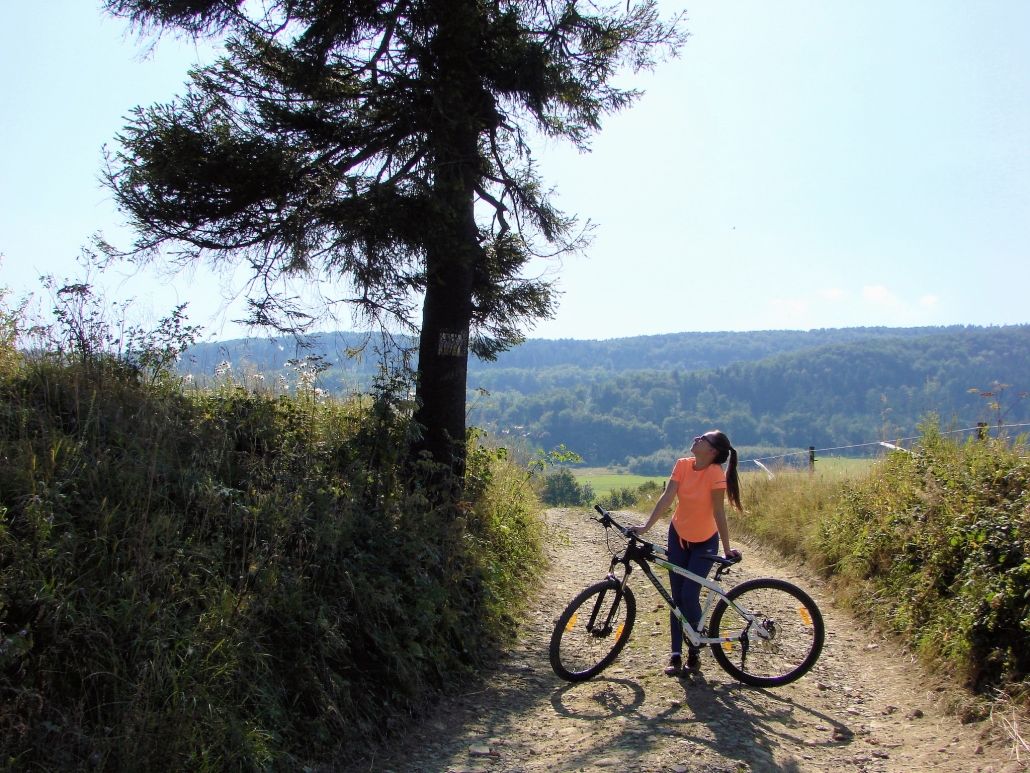 Go to the top of Rotunda Mountain

The mountain is not high (771 m above sea level), but I always run out of breath when I approach the top. In order to calm my respiration, after climbing I usually sit down on the wall of the military cemetery and contemplate the four large Lemko crosses, set up as monuments to the fallen soldiers. You can continue the trip going down to Zdynia village, but you have to add extra time to return to Regietów (from Zdynia to Regietów it is about 7 km – 1 h 30 min) 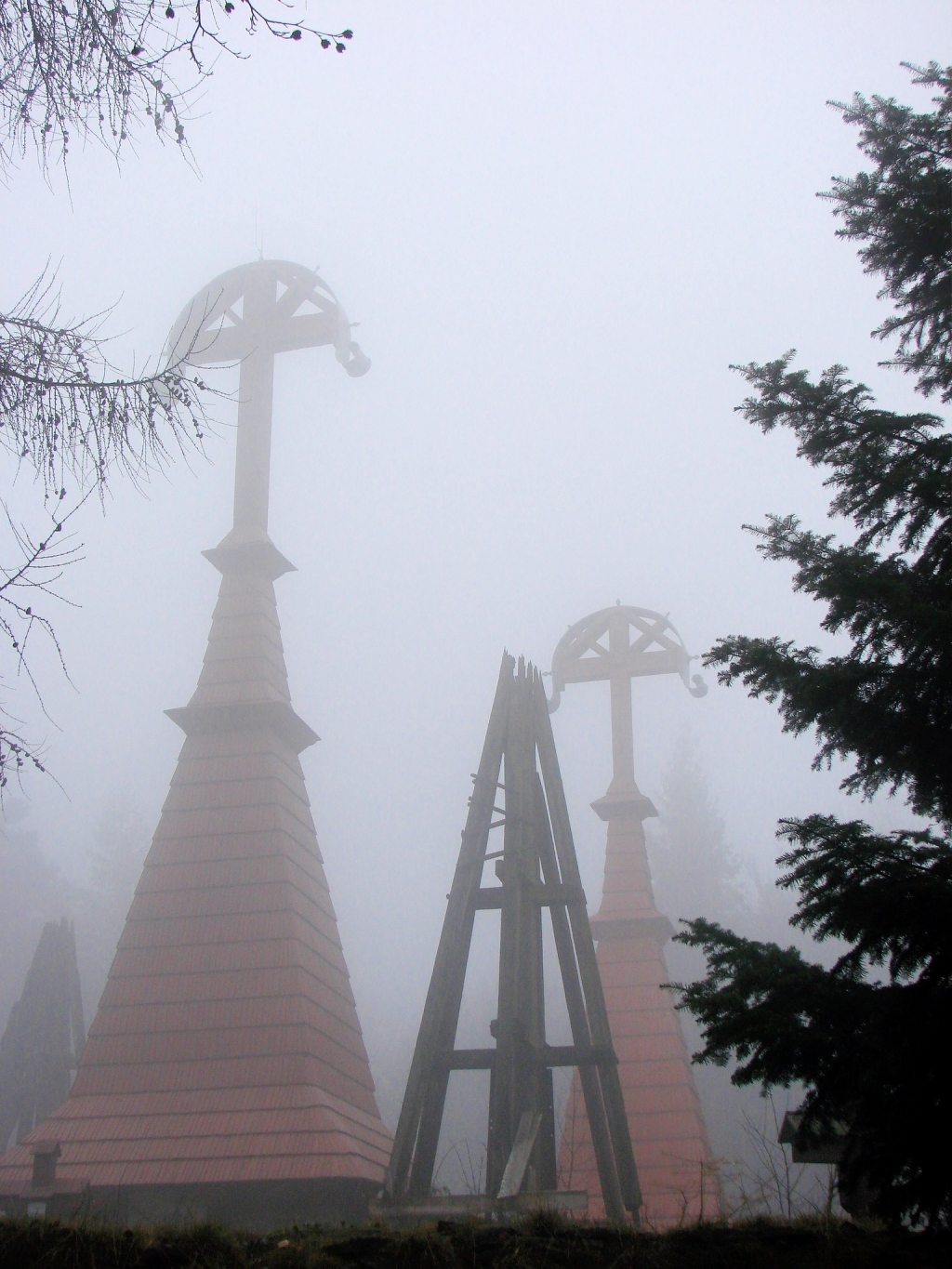 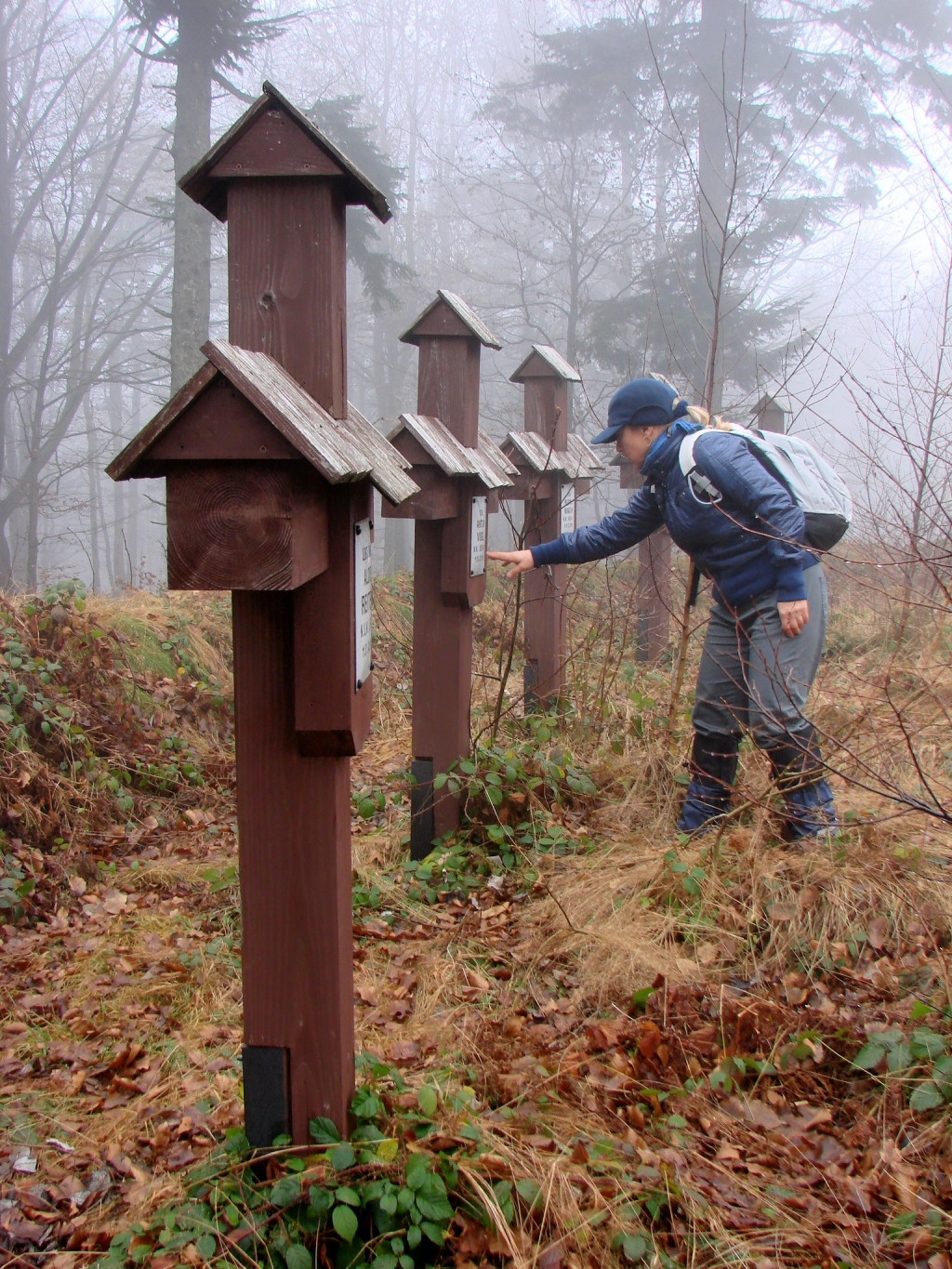 There are options for everyone in this place. The stud farm organizes riding schools, hippotherapy classes, trips to the area for the more advanced riders and carriage rides. 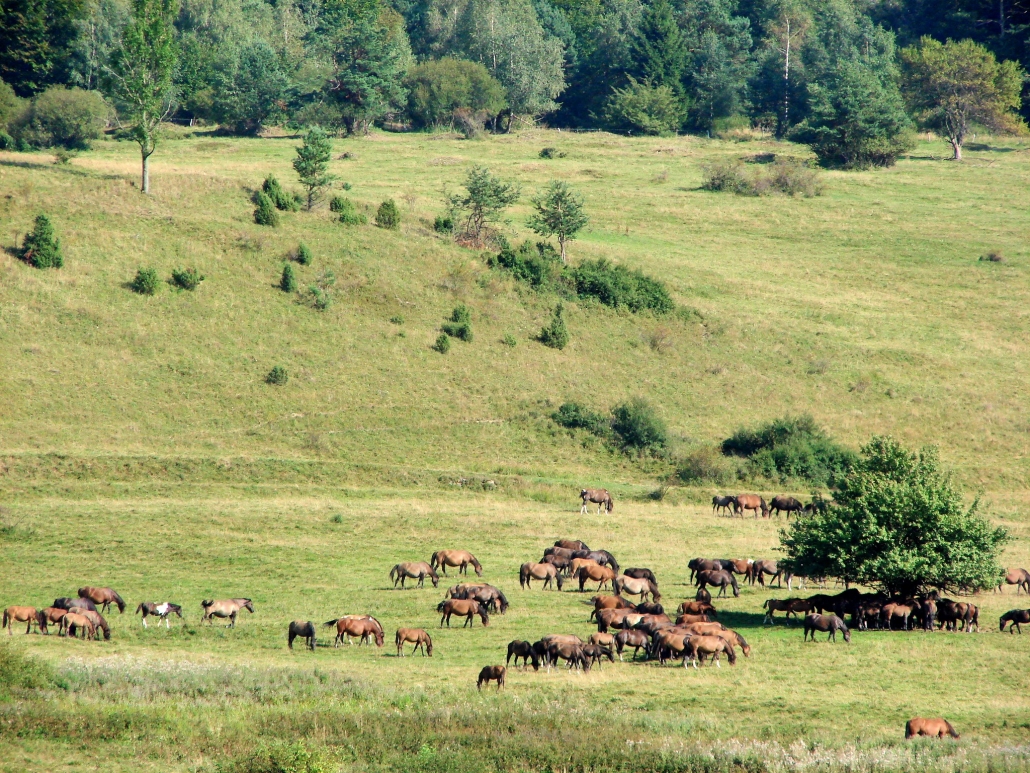 Horseradish is a very important element of Polish cuisine, but has anyone ever tried it in a liquid form? You can try horseradish soup in the hotel in Gładyszów restaurant- yummie! 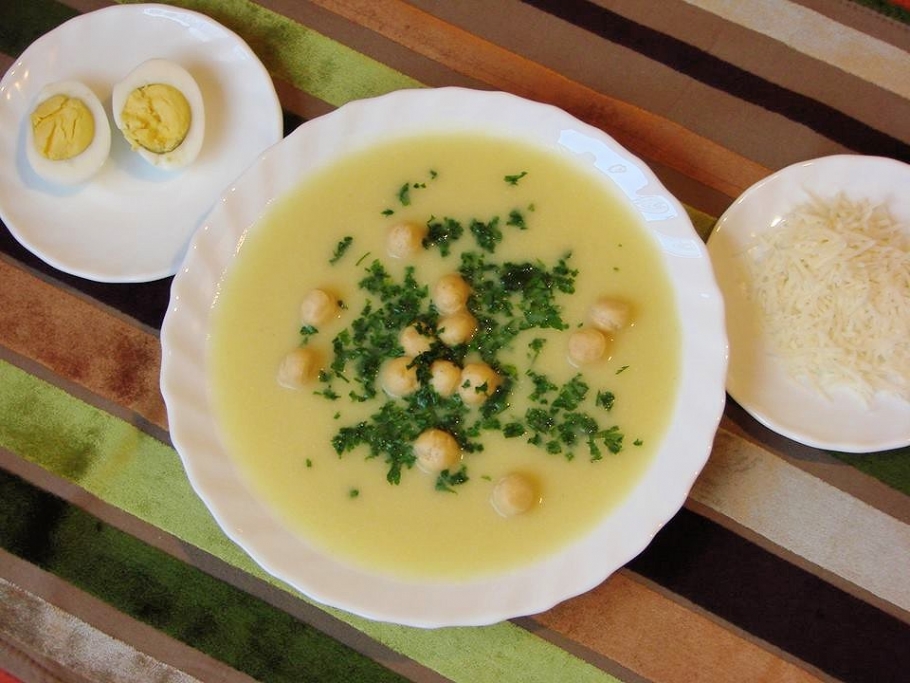 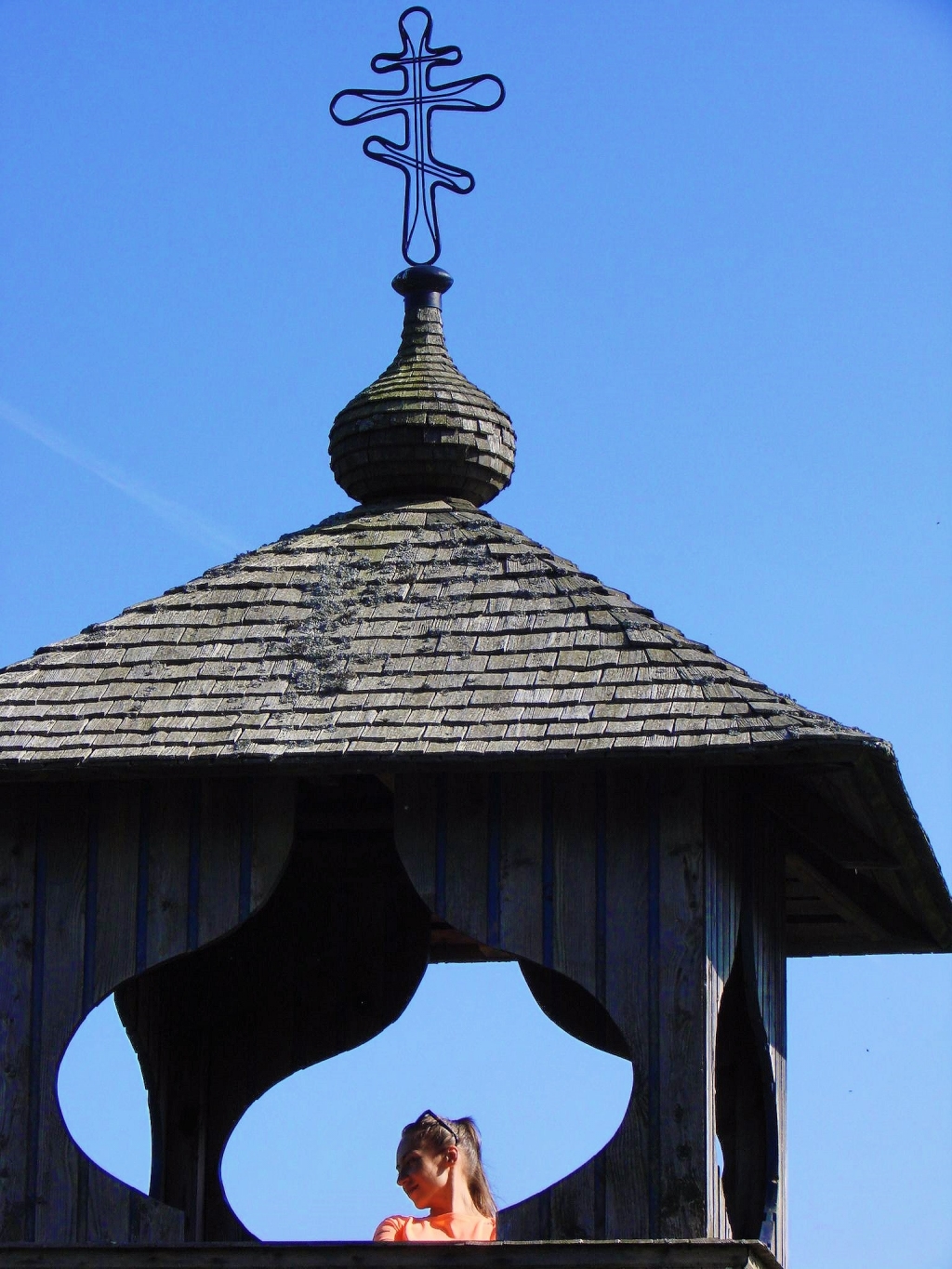 Regietów is located in the historical Lemko region. It was inhabited by the Lemko population – an East Slavic ethnic group, which after the Second World War, succumbed to mass displacement to the northwest of Poland. Traditionally, the Lemkos belong to the Orthodox church – hence the great number of churches in the region. The Orthodox church of Saint Kosma and Damian in Skwirtne, or Saint Paraskeva in Kwiatoń, located near Regietów, is an interesting example of the Orthodox sacral architecture in the Regietów region.