When I was a child, Canada seemed a fairytale land at the end of the world.

Listening to the stories of Anne from Anne of Green Gables by Canadian author Lucy Maud Montgomery, I systematically travelled with my imagination, to the green island of Prince Edward, enchanted by the peace and unspoiled nature described in it. A few years later, I watched for the first time a popular film during the Christmas time in Poland, Legends of the Fall. From that moment the landscape of the Canadian steppe stuck somewhere deep in my mind. Being a dreamy teenager, I decided that someday it would be wonderful, to spend the rest of my life in a wooden hut somewhere, in the heart of a Canadian forest.

Such child dreams… Afterwards, growing up, I moved to France and living there, I often came across representatives of the French-speaking province of Québec. I remember my surprise, whenever I asked the Quebec fellows about Canada, at that time knowing very little about it, systematically I used to get an annoyed response. They used to explain to me that they did not feel Canadians, but they were happy to tell me about their native region Quebec. It was always a very delicate area in our conversations. It was necessary to keep away from links with Canada … 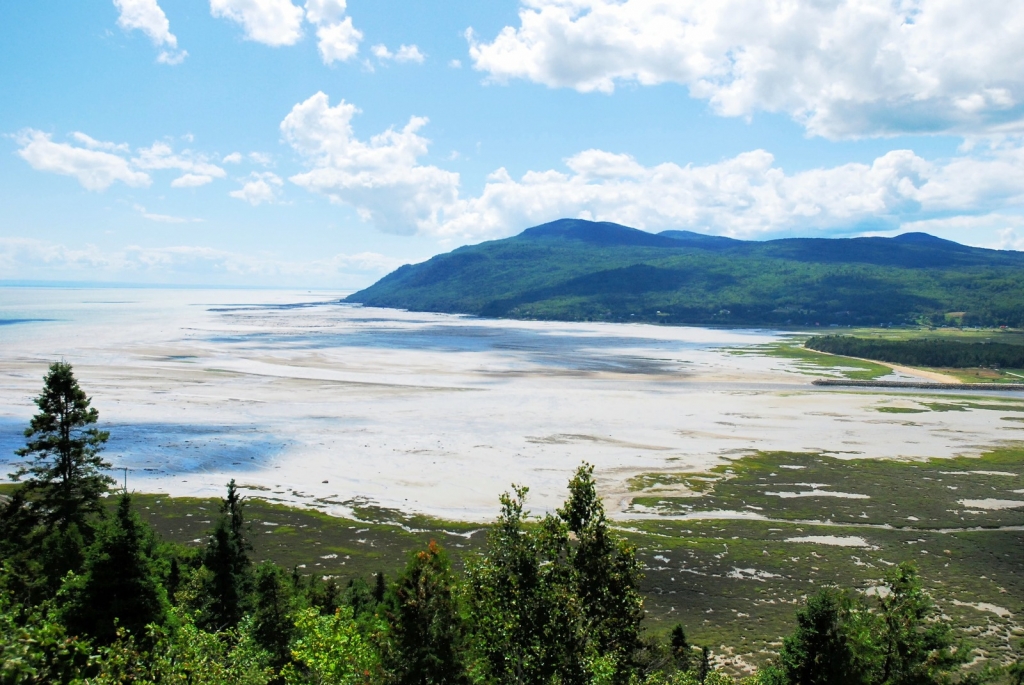 Québec is one of the ten provinces in Canada and along with the three special territories constitute thirteen administrative units in the country. It lies on the east coast of North America, bordering the Hudson Bay on the north, the Labrador Peninsula and Newfoundland on the east and the San Lorenzo river on the south. These are very cold territories. Summer high temperatures bother only in southern parts of Québec. More to the north, summer lasts only a month, with a maximum of 15 degrees Celsius during the day.

During my first visit to Canada, fascinated by my Parisian acquaintances, I went to Québec.

Invited by my friend who promised me to show her home town of Montreal, I spent close to a month there. Montreal is a specific combination of a large American city with older elements of European architecture, owed to its first settlers. In the summer, due to the proximity of the San Lorenzo river, it is hot and humid. In winter the temperature sometimes drops to minus 30 degrees Celsius, and the snow is so abundant, that the snow shovel becomes the standard equipment in every home and car. During the summer months, life takes place on terraces and parks, and many special events (Formula 1 events) and festivals are organized. In winter, however, the life of the city goes down to the underground, to the specially built system of underground corridors in order to limit exiting to the cold outside to a minimum. The Mont-Royal lookout, is a great place to contemplate the city skyline. Residential districts behind many skyscrapers of modern Montreal, along with the enormous San Lorenzo river on the horizon and the endless greenery spreading around, tempt you to go on an adventure to the north of the region. It was near this place where I tried the national dish of Quebec – ”Poutine”: fries with hot cheese and meat sauce. 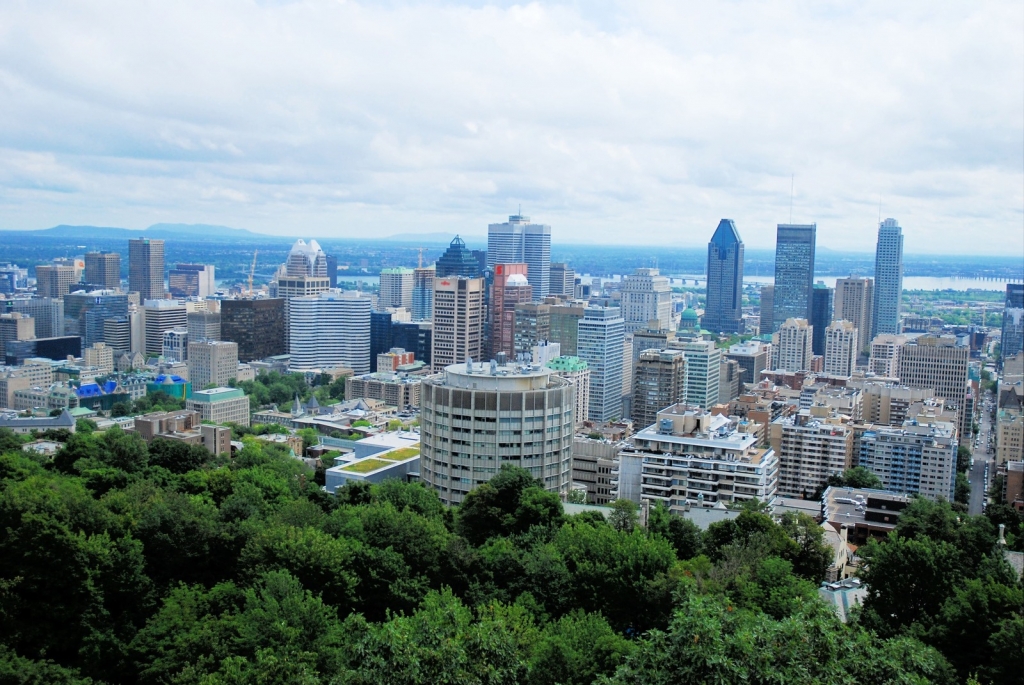 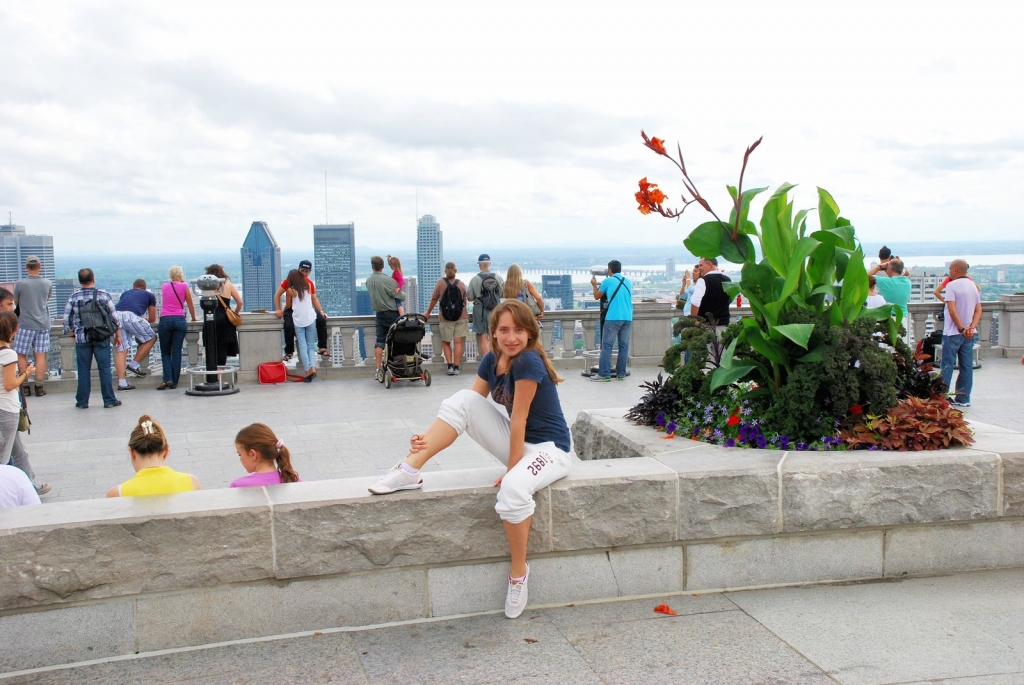 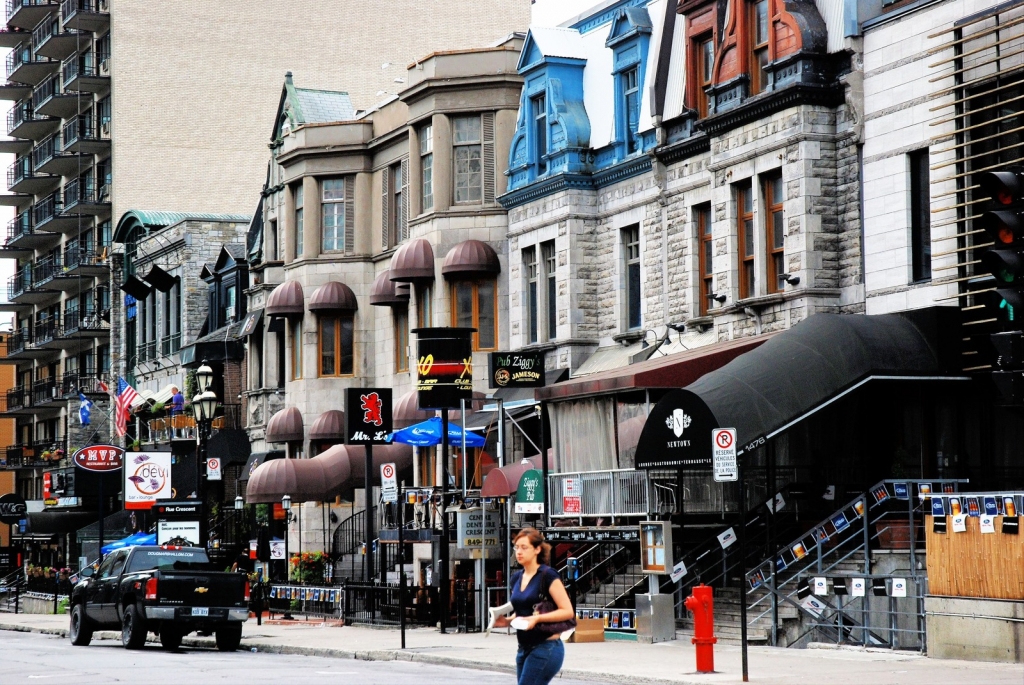 Quebéc is an interesting cultural and social phenomenon.

Being the only and last French-speaking bastion in North America, it prides itself on the affinity with the language and the culture of their ancestors who came from Europe – from France in the early 17th century. A lot of the French are still leaving for Quebec. Political agreements between the two countries allow easy travelling, setting up businesses and changing residence permanently. The French are charmed by their brothers from across the sea. Sometimes difficult and frigid social ties in France contrast with the cool and unconventional lifestyle in Québec. According to my French friends, it is not only friendships that are made more quickly, but the girls are more outgoing than in Europe – they say that in Montreal it’s a woman who first approaches a man and not the other way around, as it is more common in Europe. I remember when my Canadian girl friend from Paris used to invite European guys for a drink in Parisian bars, often seeing the frightened reaction of the old-fashioned males from the old continent. Frustrated after such a deal with her, she did not change her tactic, proud of being a liberated woman of the new world, permanently got into a relationship with a fellow Canadian, meeting him at home party in their native city, first talking to him and proposing a date. Emigration between France and Québec takes place in two directions. Children from the so-called good families in Québec, go to France for some time; either for studying or tourism -most often for both reasons. It is for them a sentimental journey to their Roots. Once in France, they are warmly welcomed, although they are not spared the bitter remarks related to the linguistic differences of the two versions of the French language, which over the centuries has evolved in its own way in two different directions. I will never forget the scorn-indulgent reaction of the Frenchman, when a common friend from Québec instead of the French dentifrice, used a pâte à dents, used in Quebec for saying toothpaste. Having lived in France for many years and using French fluently, I thought that it was a total exaggeration for the French, to bother about such trifles. Leaving for Canada a few years later, I realized that the problem is not only about the trifles, but it is the whole language that is different, making it often incomprehensible for a Frenchman and me, a foreigner, as well.

Quebec residents are divided into the French-speaking and the English-speaking.

The first ones use French on a daily basis, although when there is a need they can speak English freely. Historically, they feel connected with the first inhabitants from Europe, while their lifestyle does not differ from the rest of the multicultural community of North America. English-speaking residents speak English, as their first and basic language. Some of them can also speak and write French, but often with pronunciation or stylistic errors, which is often a stimulant to half-seriously bitter comments from French-speaking ones, hoping for an improvement.

The French from Montreal still can be simple to understand. The situation worsens with the number of kilometers traveled deeper into the region to the north, where the number of dialects and accents, causes an automatic transition to standard English, as a result of misunderstanding in French, when having a simple conversation or ordering a coffee at the gas station.

Language and cultural differences, trigger strong separatist feelings in Quebec. Every now and then, referendums are being held in order to vote a secession from Canada. In a conversation, if you push a person from Quebec, to see what he really thinks, he will answer that actually he does not want to separate, because he realizes that it would not be the best option for him economically, as Quebec depends commercially with the rest of Canada.

For an ordinary tourist, these social delicate problems, hidden under the surface of a democratic and multiracial state are virtually unnoticeable, but sometimes it is interesting to delve into the topics that, are vividly present in the cultural and linguistic identity, in the society of the French region of Canada. This can be useful in comparisons with our own country of residence, where, surprisingly, the socio-political panorama is often very similar to the one we meet abroad.

Nevertheless, Québec is full of respect and tolerance.

There are many races here and many different cultures, which in a common agreement create a delectable country to discover. Canada is one of these few countries in the world where I feel “great” staying. It means for me freedom to move, think, safety and the courtesy of people encountered along the way. 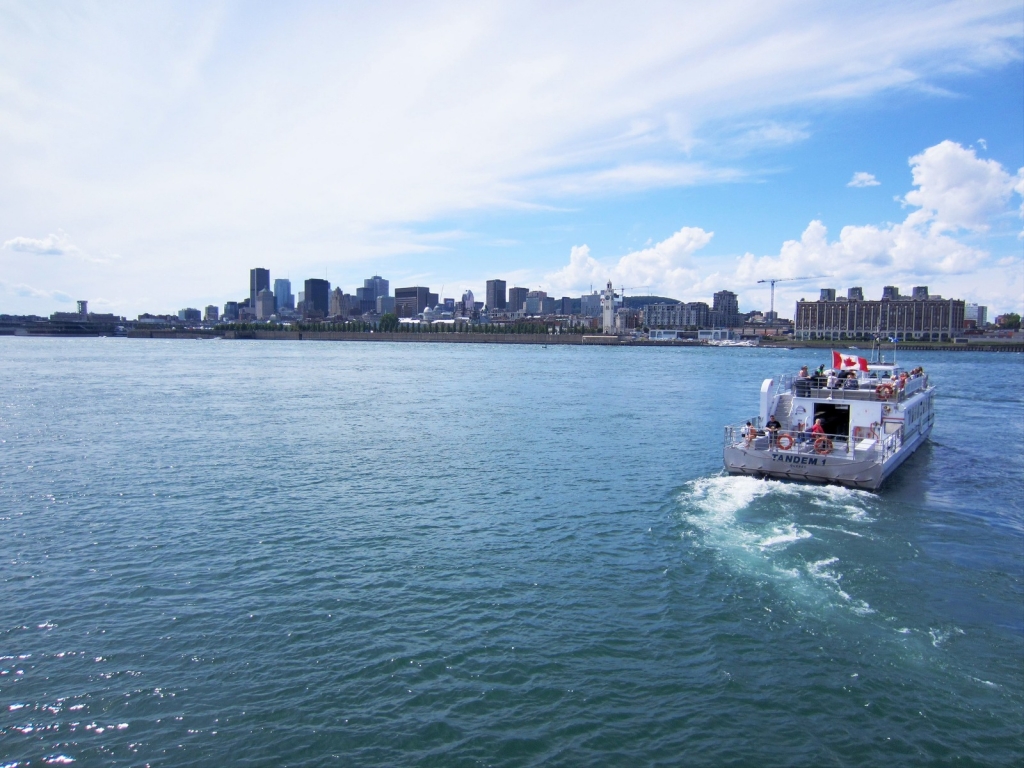