This romantic city, suspended on two hills, is a holy city and has remained faithful to the traditions of its culture for centuries. Here, time seems to flow more slowly, showing the truest face of mysterious Morocco. For centuries, Moulay Idriss has hosted Berbers, Phoenicians and Romans. By building a mausoleum for Idriss I, the founder of the first of the Arab dynasties ruling these lands, it became the holiest city in Morocco, a place of pilgrimage. It sealed the entry into a new era, the age of Islam. 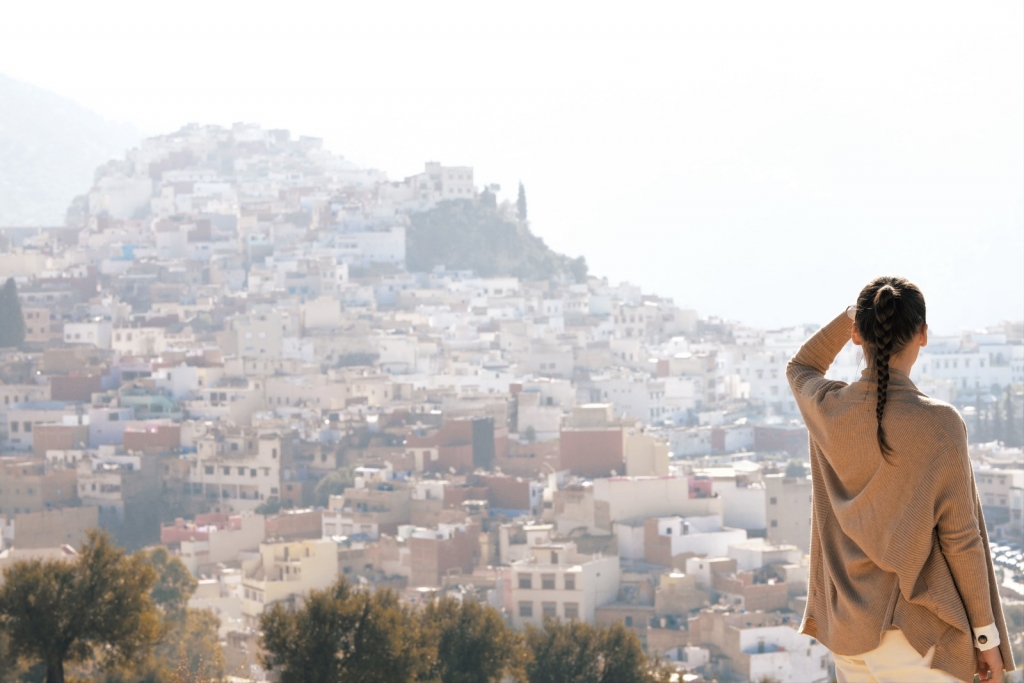 The city owes its name to the great-great-grandson, of the most famous Islam prophet-Muhammad. In 789 A.D., young Idriss, fleeing the rebellion in Arabia, settles near today’s city of Moulay Idriss, in Volubilis. Gaining the trust of the natives, he allies with Berbers and spreads knowledge about his great-grandfather. This is how the process of Islamization begins in northern Africa. Berbers enchanted by both the newcomer and his religion, proclaim Idriss as the new king, who became the founder of the first Arab dynasty in Morocco.

Idriss is the holiest man in Morocco, worshiped to this day.

Due to its religious nature, Moulay Idriss before 1917, was inaccessible to non-Muslims. After 1917, tourists were allowed to stay there during the day, but they had to leave the city before sunset. It was not until 2005, that foreigners were allowed to stay within the city. In 2020, during my recent trip to Moulay Idriss, a local told me that also non-Moroccans recently live here. Three houses were sold in Moulay Idriss to foreigners: to an Englishman, a to Chinese and French families. 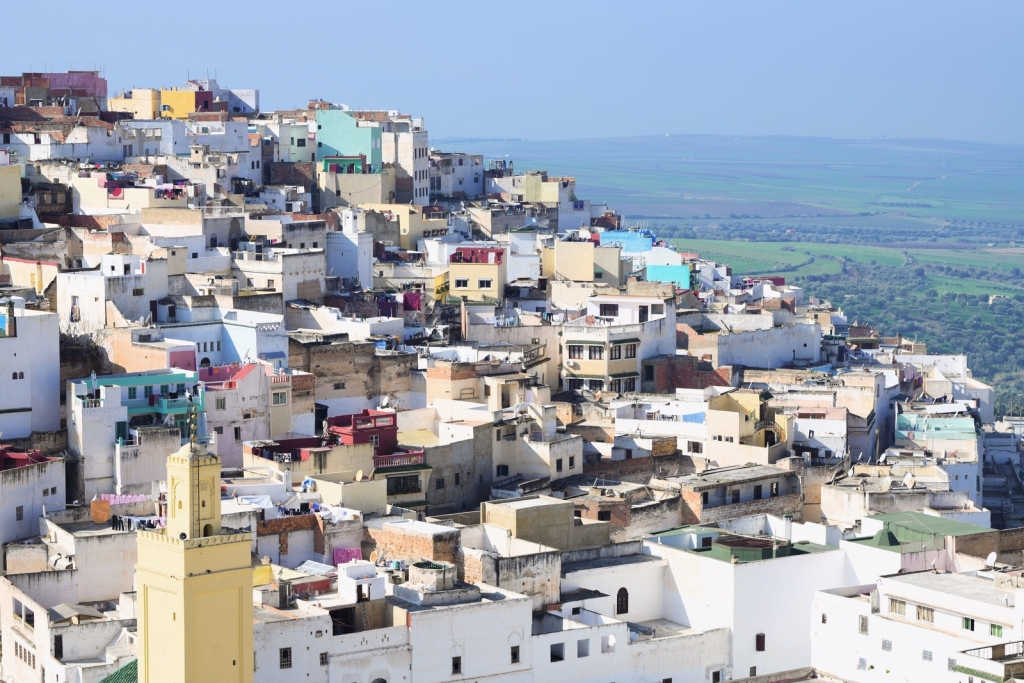 Mausoleum of Moulay Idriss the First

On the main square of the city, there is a white gate in the form of an arch, built into the walls of the houses next door. It is a kind of vestibule, that leads down the short corridor, to the main hall of the mausoleum. Without being a Muslim, we will not go inside. At the entrance to the white and shiny marble promenade, there is a barricade and the guard who stands next to it, protects the entrance from inquisitive tourists and their intrusions into the magnificent temple.

The town is built on two large hills. The path to their summit leads through a complicated maze of stairs. In some places, in the gaps between buildings, the opposite part of the city is visible, and the higher we are on the hill, the more beautiful the view is. Terraces are mostly private balconies, from which sightseeing is possible. The tourist finds them, through a previous invitation by the owner of the house, in which a more or less attractive balcony, can be found. This visiting a Moroccan family event, can further be enhanced by a meal. It is a paid visit and its price increases in direct proportion, to the amount of time spent in hospitality and additional attractions. You can bargain! 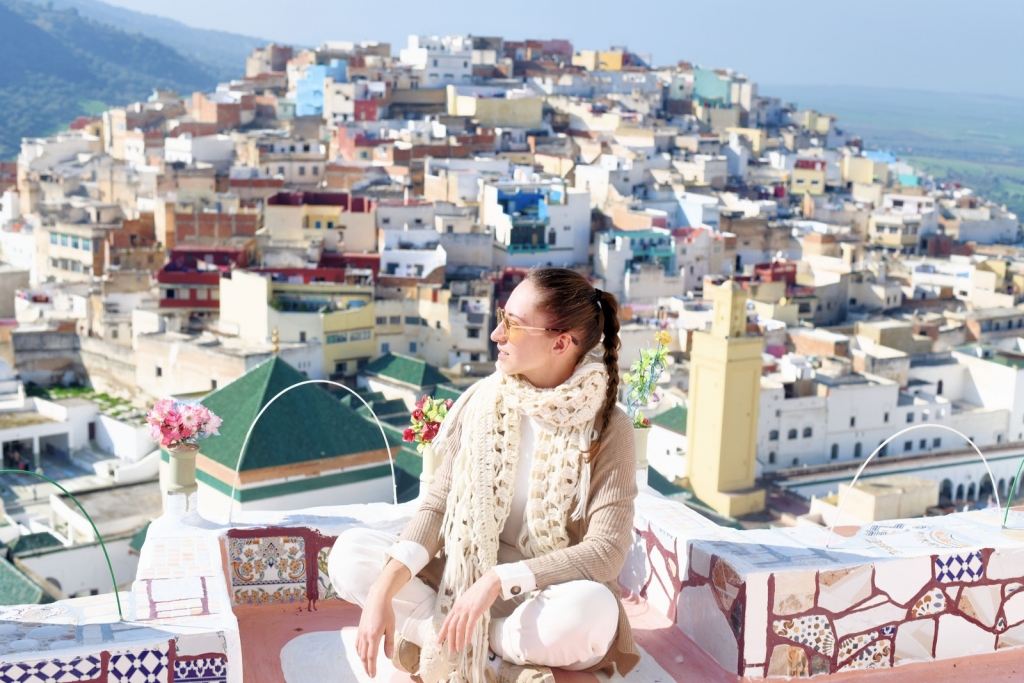 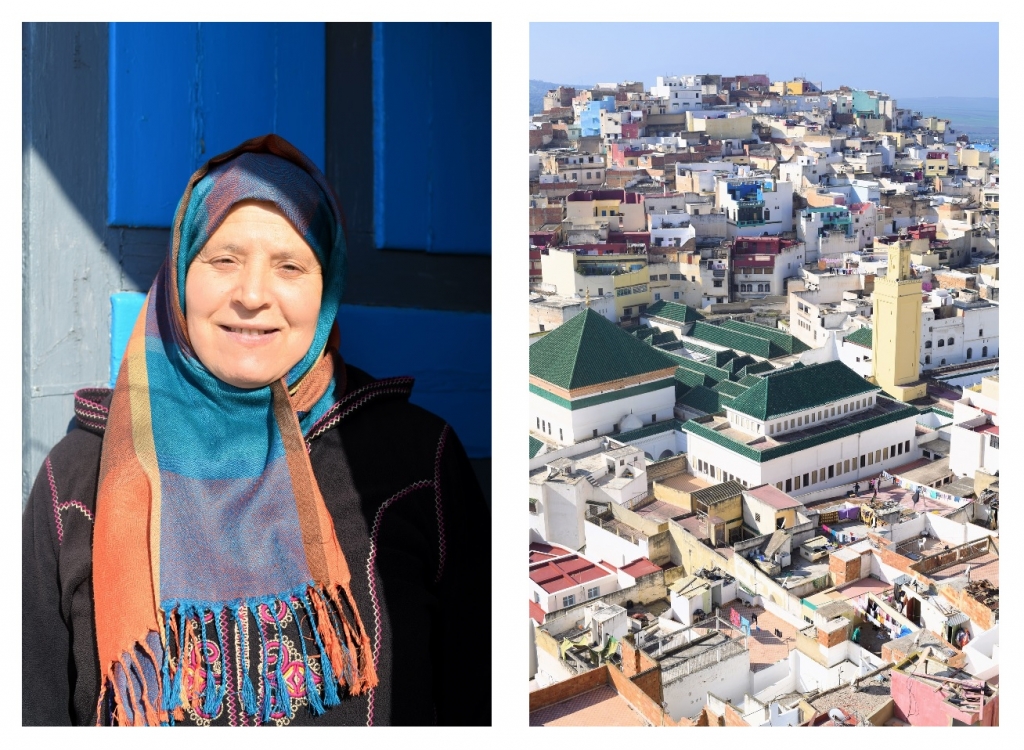 In the mountain towns of northern Morocco, the medina has many mysterious and charming alleys. Narrow corridors, inaccessible to cars, but accessible by, e.g. donkeys, are a transitable and as such, social urban spaces. The high walls of the buildings, cause that the medina is in partial shade, regardless of the time of day. The colorful walls of houses, stairs, and doors bathe in the beautiful game of lights of a shaded maze of stairs, alleys and tiny squares. Individual shopkeepers sell here the specialties necessary, to run a Moroccan household, and passers-by wearing colorful caftans, are like colorful complements, to this romantic mosaic of the Arab world. 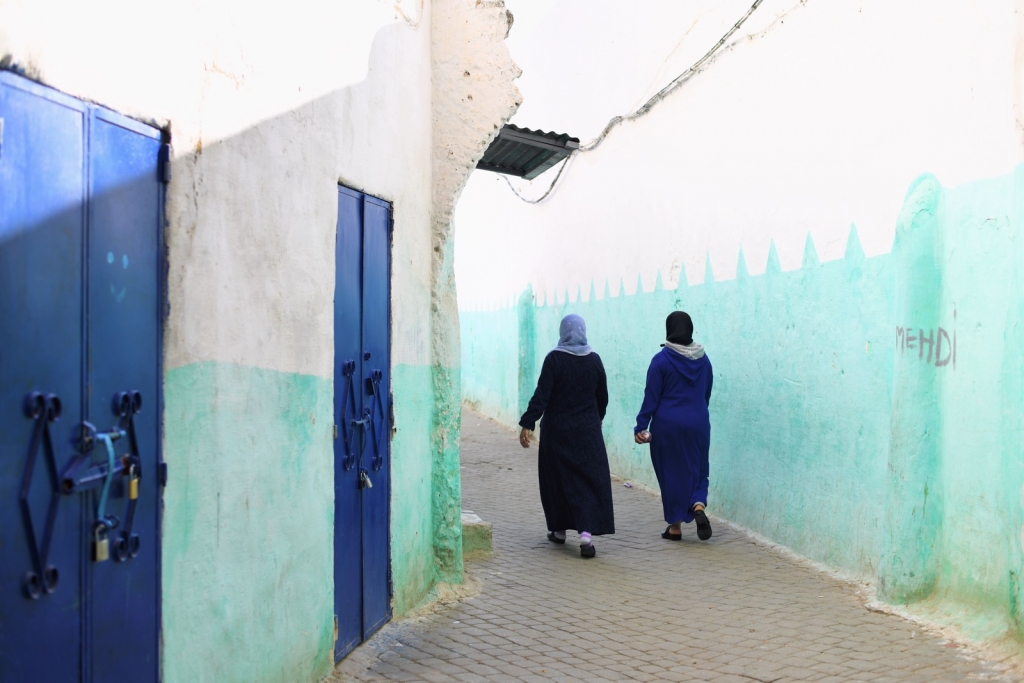 * Three hours are enough to calmly explore the city.

* On the main square of the town, self-appointed guides bustle out, looking for tourists. If someone is visiting the city for the first time, I recommend hiring such a guide.

* Near Moulay Idriss there are ruins of the antique Roman city of Volubilis. This is a must-visit for travelers in this region.

* The most beautiful view of the entire city is from the road running from Volubilis to Moulay Idriss. In its final section, there is a gravel parking for cars, which is easy to recognize, due to the standing sellers of local souvenirs. You can see here the two humps of the city and the centrally located mausoleum in the valley, between the high hills. 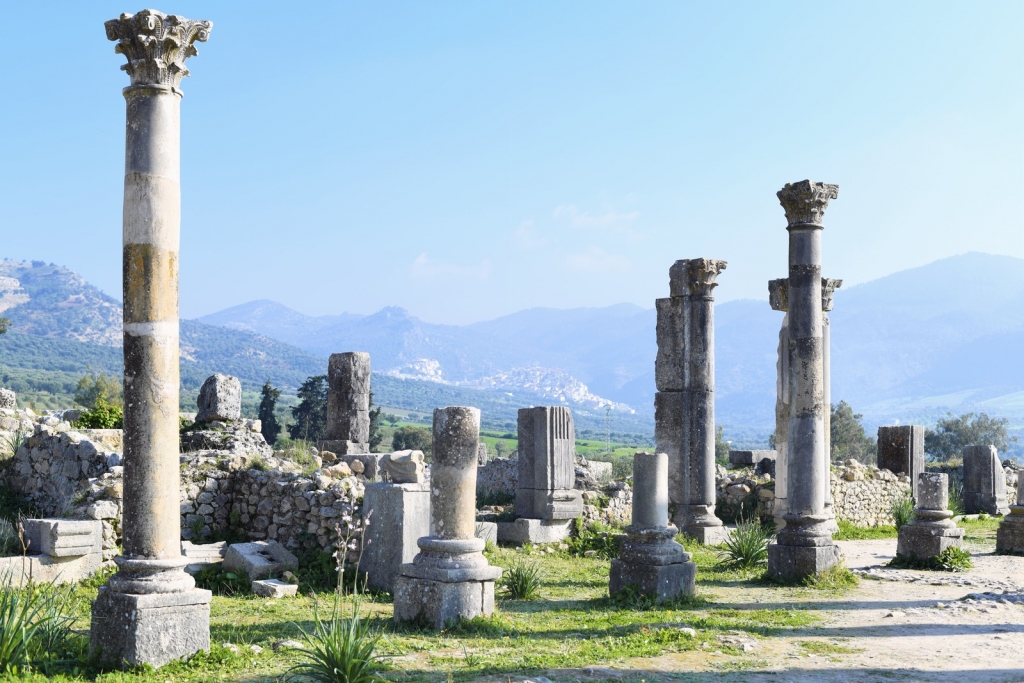