Home / Blog / Mountains / Lescun and the mountain that defeated me

Lescun and the mountain that defeated me

While on holiday at the French Pyrenees, I came across Lescun quite accidentally, surfing the Internet in search of interesting places, near the town where I was staying. I was surprised, that such a beautiful village is not advertised, in any of the sources known to me. The fact that the information was scarce and only few stunning and exotic but similar photographs, of the Le Cirque de Lescun panorama, were available, only increased my interest. I decided to go there immediately and see with my own eyes.

Driving from the main road towards Lescun, I was horrified. The roadway was narrow and unbelievably steep. Definitely a twisty one, though perfectly kept. The climb to the top was non without a 10-minute uphill drive, and although rewarding with a beautiful view, it made my heart want to beat out of my chest.

I drove the car relentlessly upwards, until I reached the town, I parked it on the curb with a slope of no less than 30%. As it happens in every French town, when I walked, I arrived at a tiny, centrally located square with a typically French cafeteria. I drank my coffee and began to ask the locals, what the area is famous for and what do they recommend for a short reconnaissance. It turned out that the possibilities are endless. I realized, that I might as well have come here for the whole week, and there would still be a lot of tempting options to try. I was advised to take,” a nice walk ‘’along the Belvedere trail, to the nearby ‘hill’, with a viewpoint on the entire landscape of the mountains around. 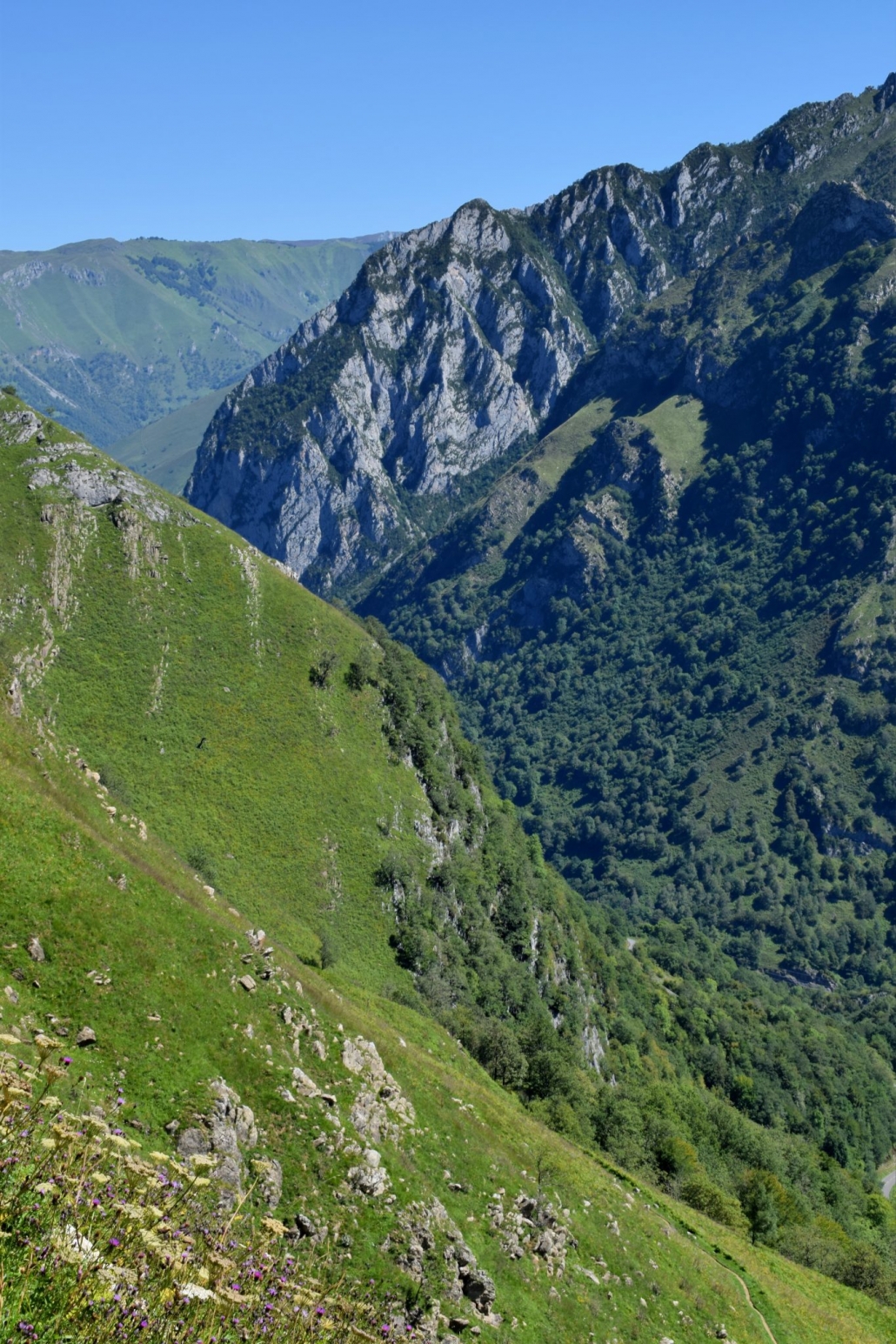 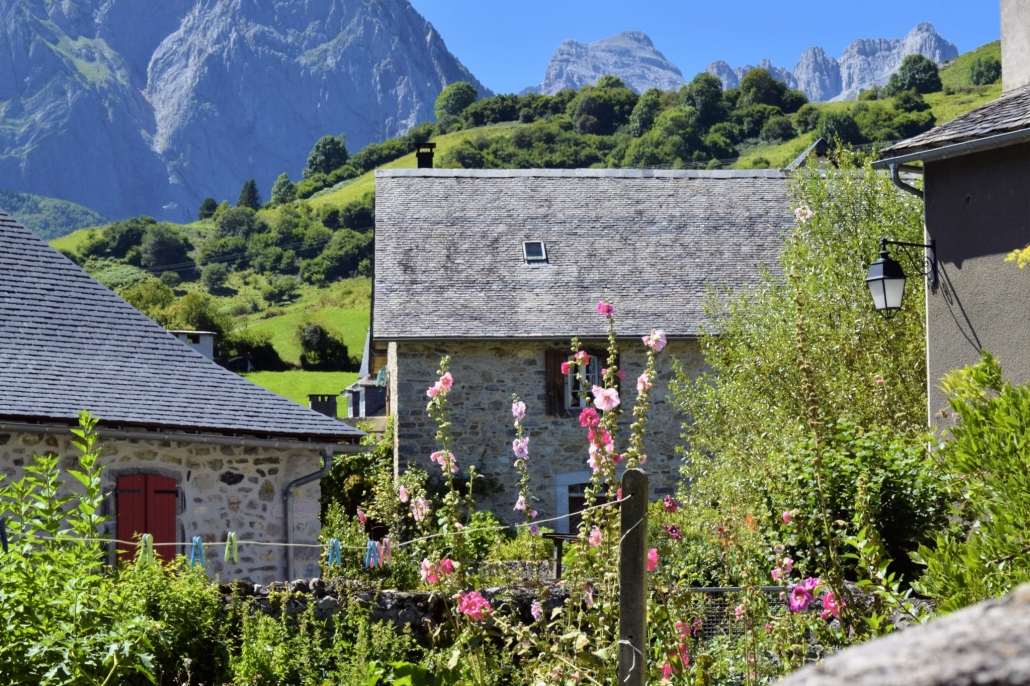 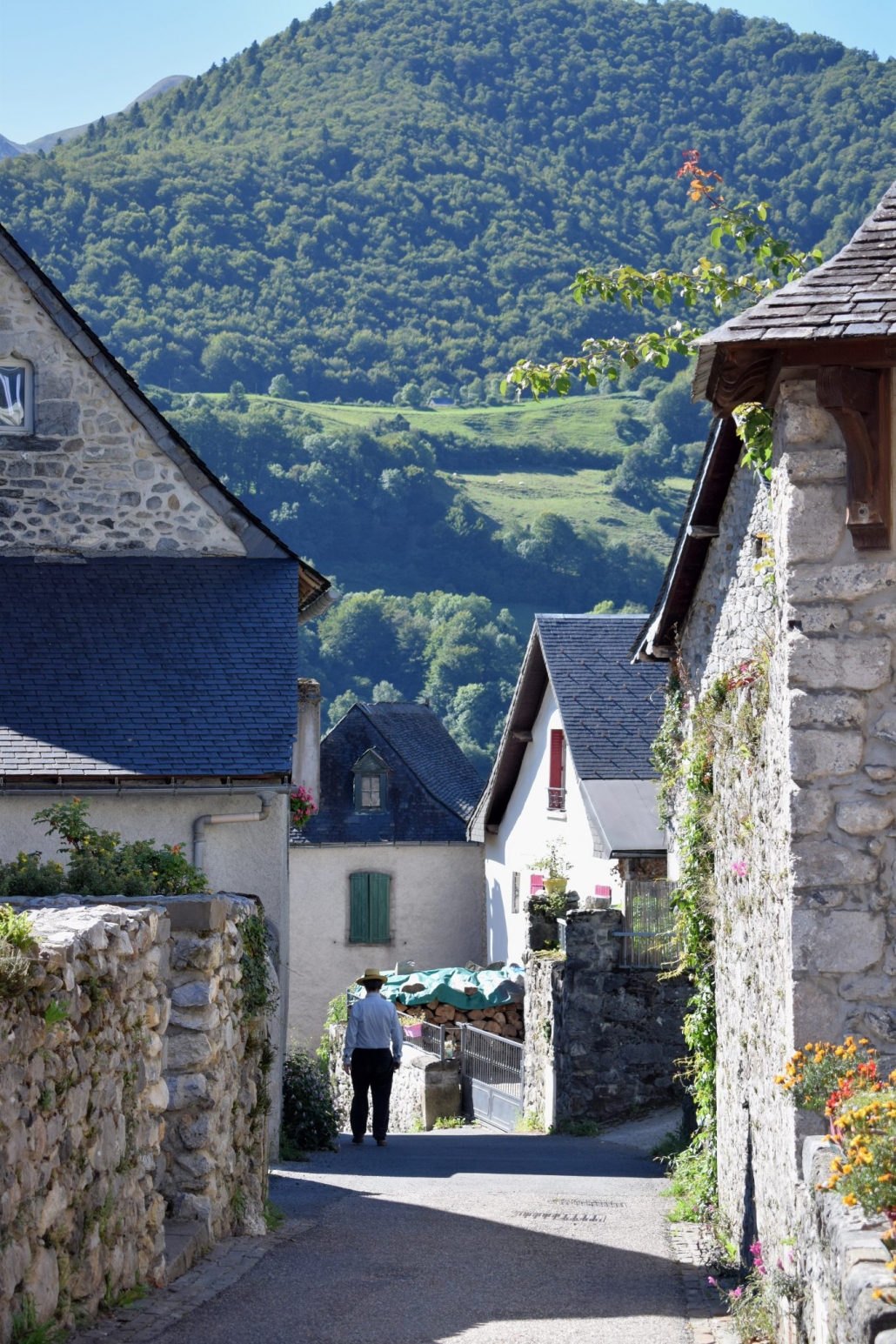 The views were really great. After leaving Le Kiosque, a wooden hut which is constructed in order to contemplate the view, I started a dreadful climbing uphill. The day was very hot, as it was the middle of August at its best. After an hour of climbing a huge slope and drinking two-liter bottles of water, with shaky knees, I decided to come back downhill. The summit of the small hill, in comparison with the nearby peaks, remained somewhere far above my head.

Le Cirque de Lescun, known as the Pyrenean Dolomites, is a collection of high crescent-shaped limestone cave rocks sculpted by the glacier erosion thousands of years ago. Its highest peaks are La Table De Trois Rois, Le Pic d’Anie and Aguilles d’Ansbére, all of them about 2.500 meters above sea level. 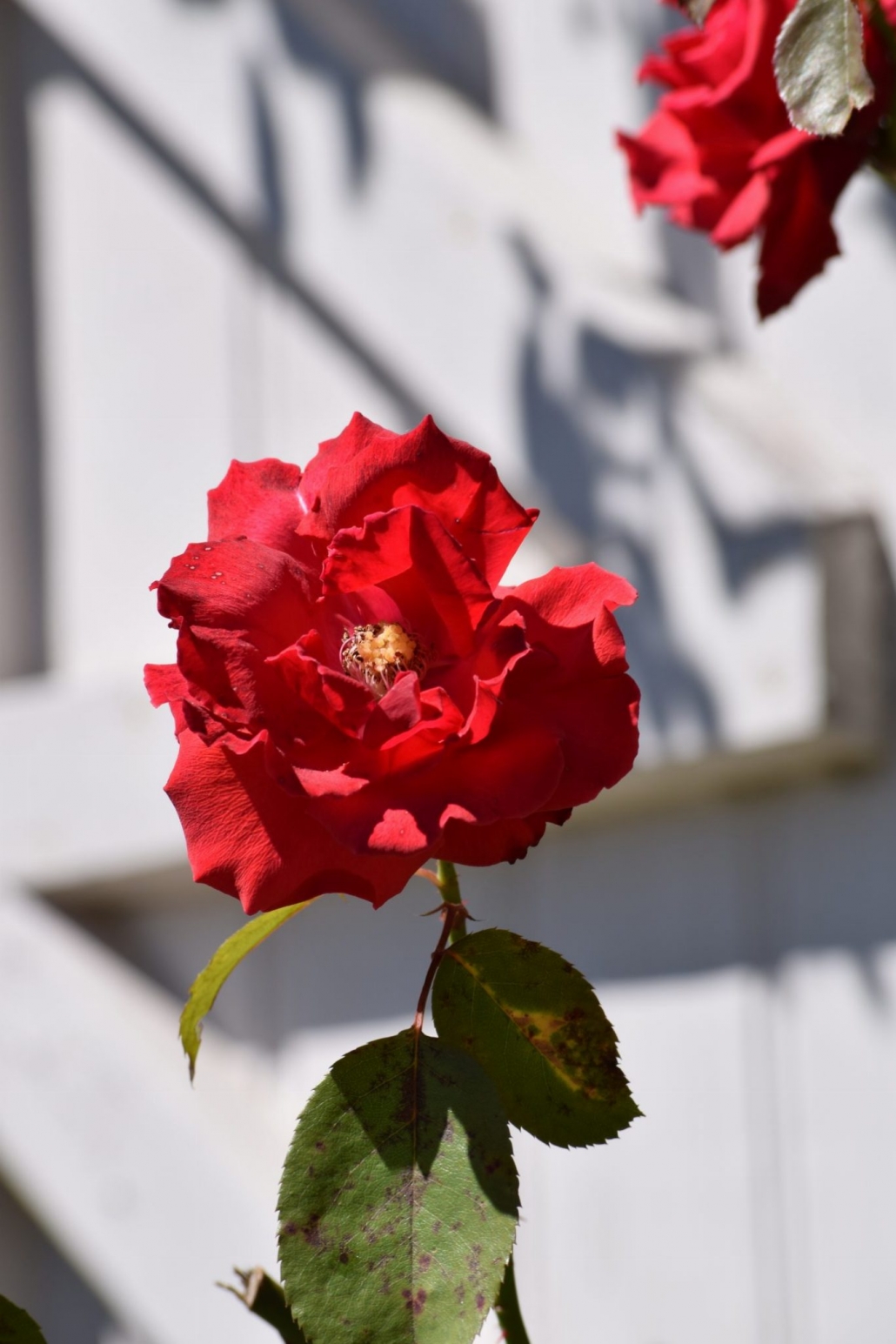 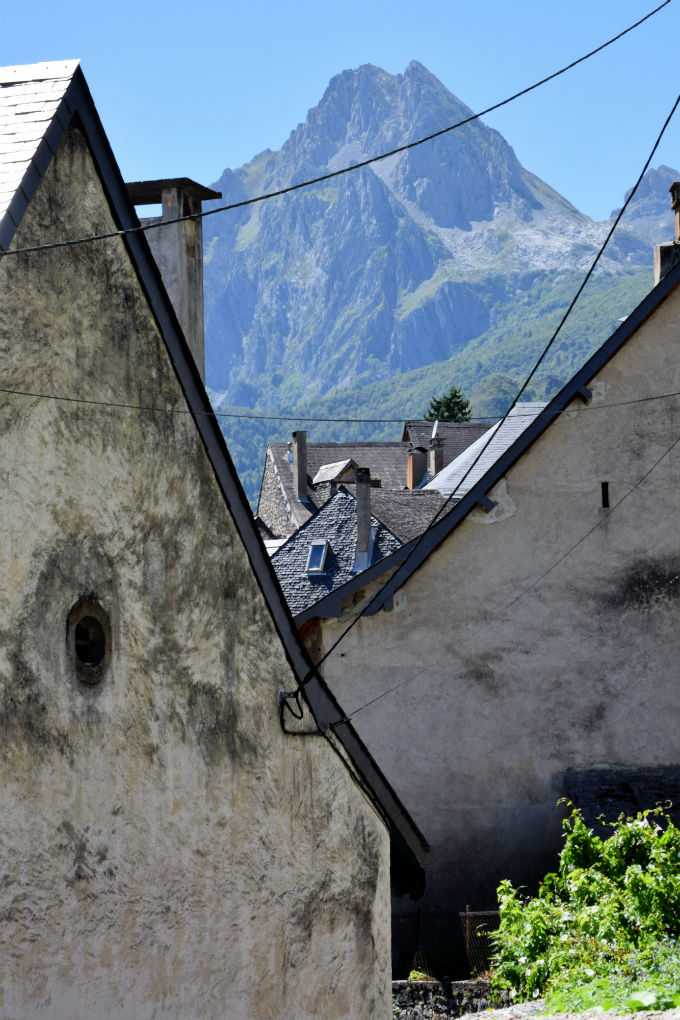 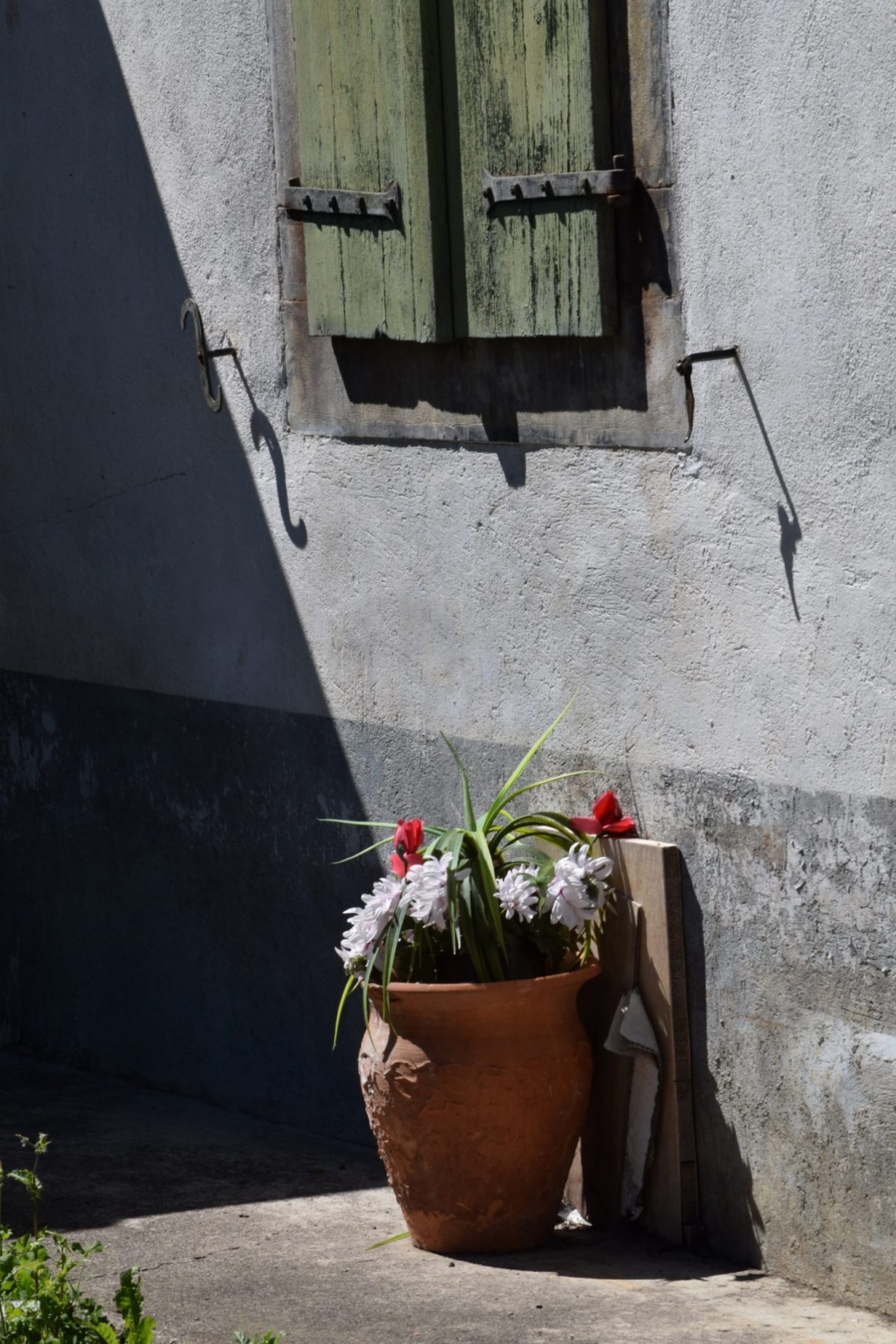 One of the most stressful moments, when on vacation in France, is finding the right time to eat at local restaurants. Lunch is served, depending on the place, from 12:15 to around 13:45. If an eventual client, shows up at the right time, there is a chance he will eat a great, fresh meal. If he comes too early, without a reservation, he can expose himself to an unpleasant comment, that he will have to wait long for a table. When the ordeal of getting a table is over, the customer has the impression, that he has been given the privilege of a VIP, rather than a table seat. So hard it is to be seated in a restaurant when you find one. On the other hand, showing up too late, for example at 13:30, means a big chance of staying hungry, because the cook has already closed the kitchen and does not think about cooking anymore. I succeeded this time round!
After finishing the meal, I stayed a little bit more in the village, enjoying the view of Le Cirque de Lescun at its foot. 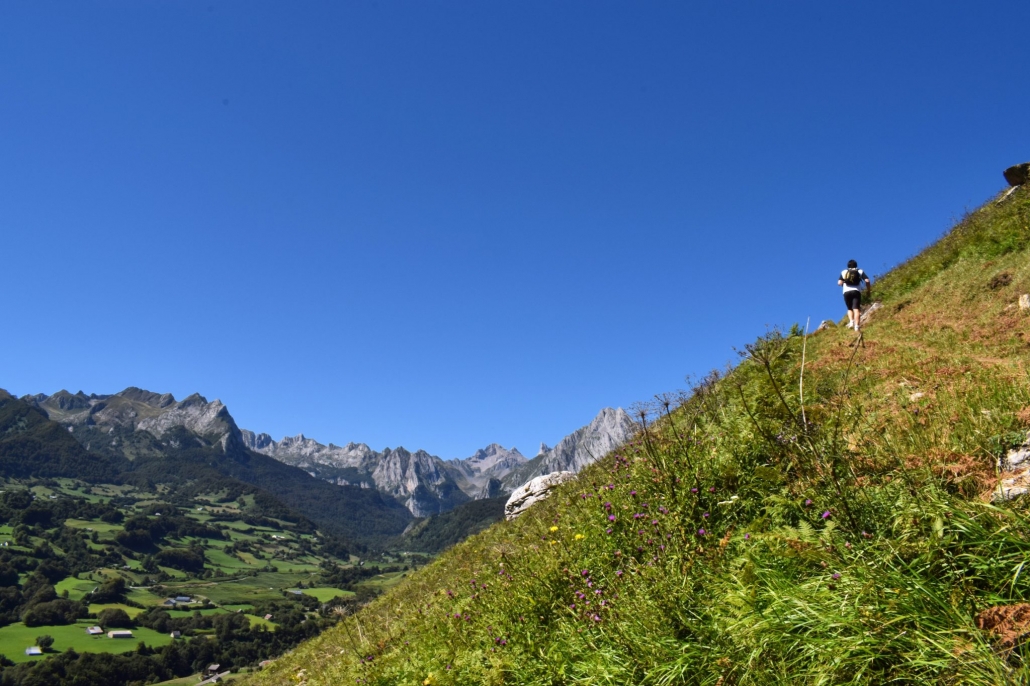