Białowieża - and its magic forest

Białowieża is a tiny town in eastern Poland, in the heart of the Białowieża Forest, on the border with Belarus.

However, Białowieża is much more than that. It is a place that is probably easier to experience than to describe. Because, how could it be put into words: the elks, wandering under the Podlaskie Voivodeship sky, or silence undisturbed by any foreign sound? How to describe its cold mornings, full of mysterious fog and shiny spiderwebs, spread in the deserted meadows around? How to transmit the literary spirit, of the old forest that grew in Białowieża long ago? Today, this locality is the guardian at the threshold of secrets, of its insignificant part, once spreading over a large area of Eastern Europe – the Bialowieża Primeval Forest.

For many, Białowieża is a place of power. It is the second most important powerpoint in Poland, after the Wawel castle in Krakow, which according to esoterics, has a specific effect on living beings. Of course, scientifically it is unexplainable, but when I got there, I knew what it was all about, right away.

Białowieża is an uncomfortable topic in today’s Poland. The bark beetle that attacked man-planted spruces, in this part of the forest that is located outside of its strict reserve, caused a massive cutting of trees. The forest has been exploited, accordingly to the state pillage laws, for over eighty years. It was cut with a network of roads and dividing lines. The primeval forest makes only 30% of its total current area. This small plot, in relation to the whole, is protected by a strict reserve under the name of Białowieża National Park. It was for this natural piece of history, that I went there during autumn, to see this old forest on the threshold of great changes for it. 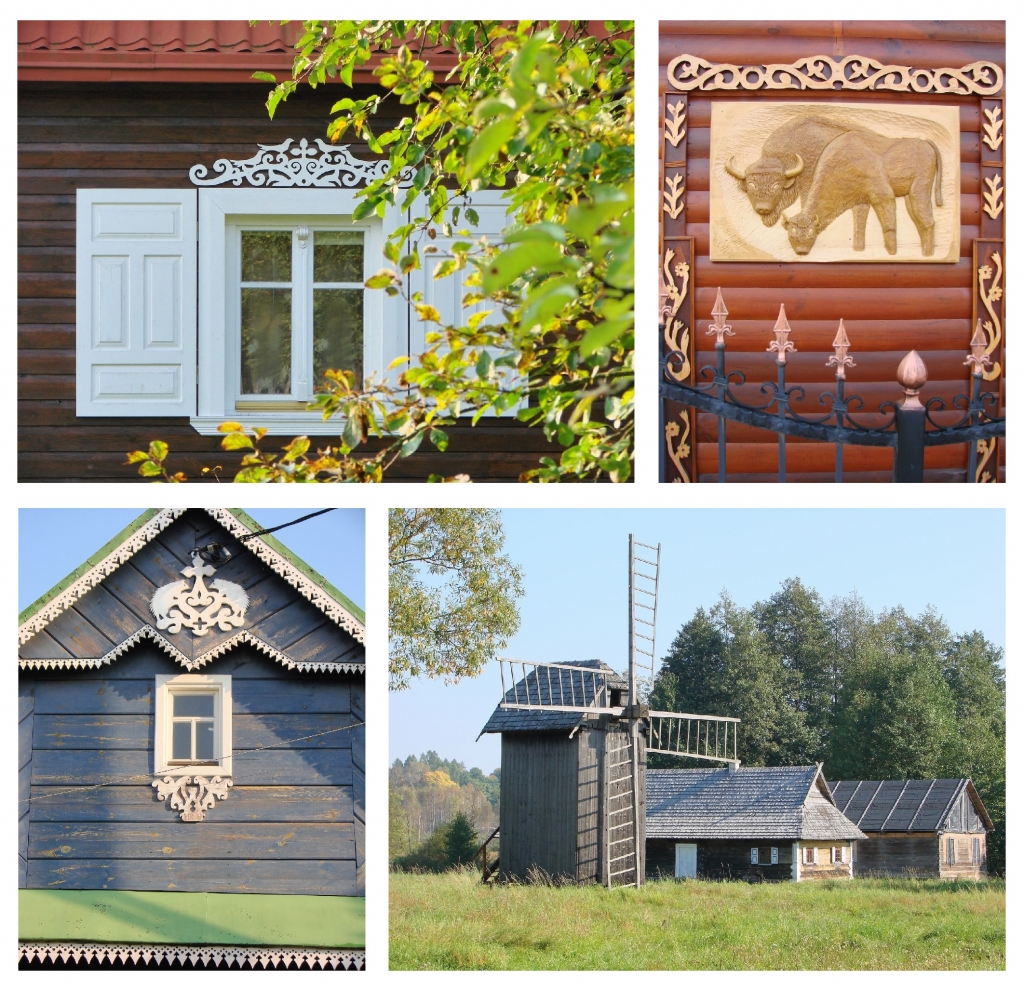 The magic of the old forest

The Białowieża Forest fulfilled a unique role in the culture of the Slavs. Many legends and mysterious stories circulated about it from immemorial times. In royal times, the forest was owned by the king who first united Poland and Lithuania, and later by Russian tsarism, as a hunting paradise. In literature, it was often described as a dangerous place, full of wild animals, wilderness and swamps. The forest was inhabited by wandering people who, fleeing society, or wanting to avoid court or punishment, settled there and often dwelled for life. 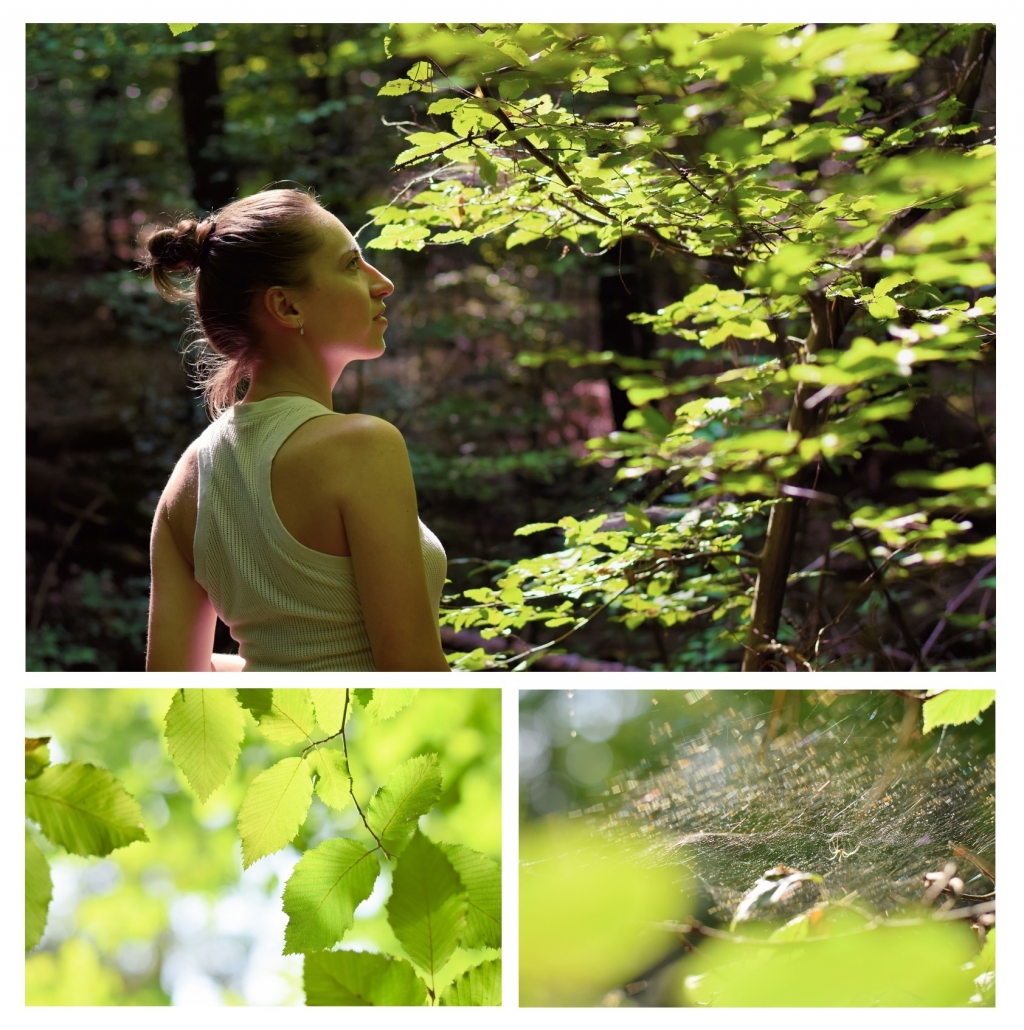 But what exactly distinguishes a primeval forest from a simple forest? Let’s take a randomly selected tree community in our country – trees of a similar age, planted in rows. We will notice at first glance, that it doesn’t have much in common with the primeval forest. And now imagine a large uninhabited area covered with virgin forest, unchanged by human activity for centuries. Once the whole area of Poland was overgrown by such a forest, stretching from the steppes of the east, to western European deciduous forests.

Nowadays, apart from reserves and national parks, we will most often meet with forests created by humans. In forestry universities that educate future foresters, the emphasis is primarily on forest breeding, and therefore on the production of wood material. The forest should be cut, planted again and cultivated. A specific incubator is created, so that the trees grow harmoniously side by side. They should be slim and straight, because from the very beginning, you can see them as a nice wooden board. Everything that could destroy this process is fought. An artificial environment is created. Created after the Second World War, today popular in Poland, the spruce stand is currently under attack by the spruce bark beetle (which has always developed in weak spruces). These spruces are just such an artificial creation in the Bialowieża Forest (and not only – being recently in the National Park of the Table Mountains, in southern Poland, I realized while hiking, that there is also a similar problem, although less publicized in the media).

The primitive forest, unmanipulated by man, according to an ecological view, is a sophisticated system of interacting elements of phytocoenosis, mycocoenosis and zoocoenosis. It is characterized by great biodiversity and its renewal takes place, thanks to the natural ecological succession. The natural forest ages naturally, dead trees are decomposed by saprophytes, which are the organisms responsible for decay. The diversity of plant and animal species, is incomparably richer in primary forests than in forest created by humans. There are fewer and fewer such forests in Poland. Sterile breeding forests, are more and more often seen. In such an artificial forest, there are no mysterious alleys, seeing a wild animal is almost a miracle, and you can hear the sounds of civilization from all of its sides.

Białowieża is one of the few places in Poland, where it can still be mysterious and menacing. There are people there, who love their land and try to protect their forest, from being hastily cut or littered these days. It’s a small museum, with a 70 percent rate of biodiversity, found throughout lowland Poland.

There is a rainforest in the tropics, there is taiga on the northern edges of the hemisphere, we in Poland have a Białowieża primeval forest. It is unique in Europe.

You can’t explore the forest alone. To cross the gate of the strict reserve, you must be accompanied by a licensed tourist guide. Each hotel in Białowieża, is equipped with leaflets of local tourist offices and trips can be ordered often overnight. I went to the wilderness with Ludmiła Żłobin Czajka (https://www.p guidesnik-puszcza-bialowieska.eu/) and I remember every detail of it to this day. The meeting with the guide is appointed immediately after the sunrise. You follow the designated paths and conversations are almost whispered, in order not to scare the animals away. The trip lasts all day. 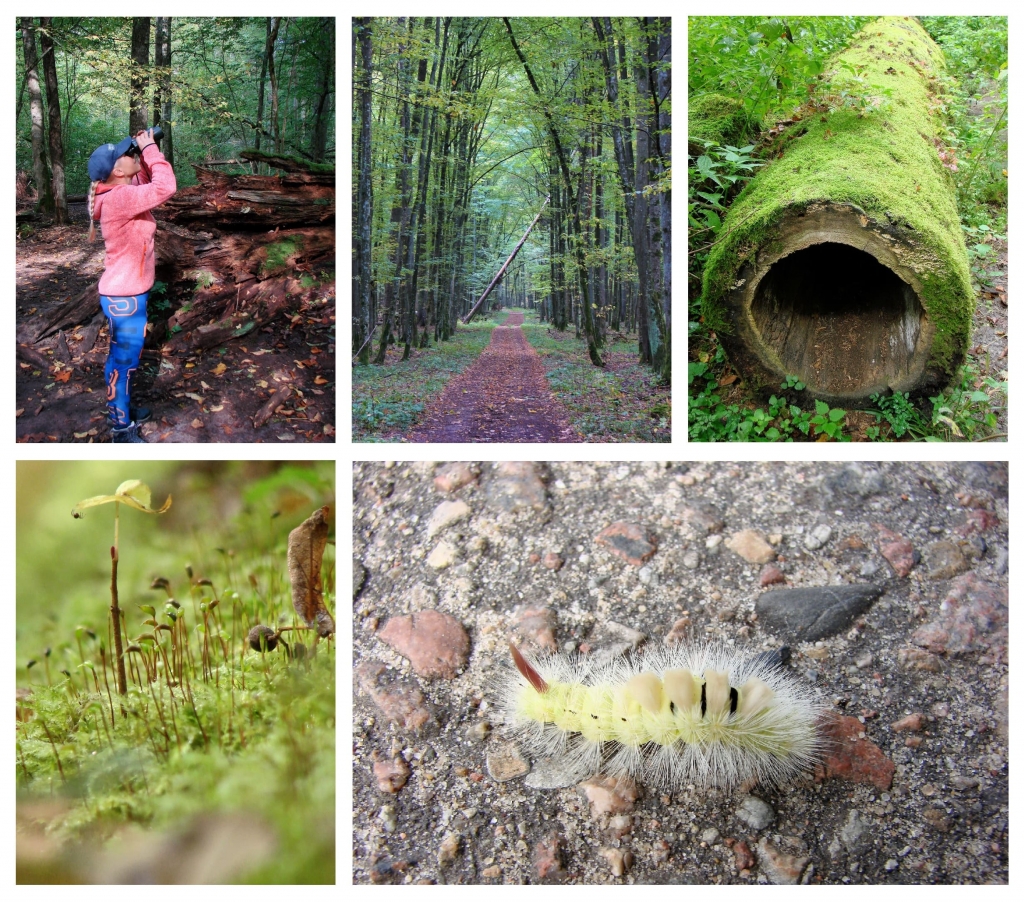 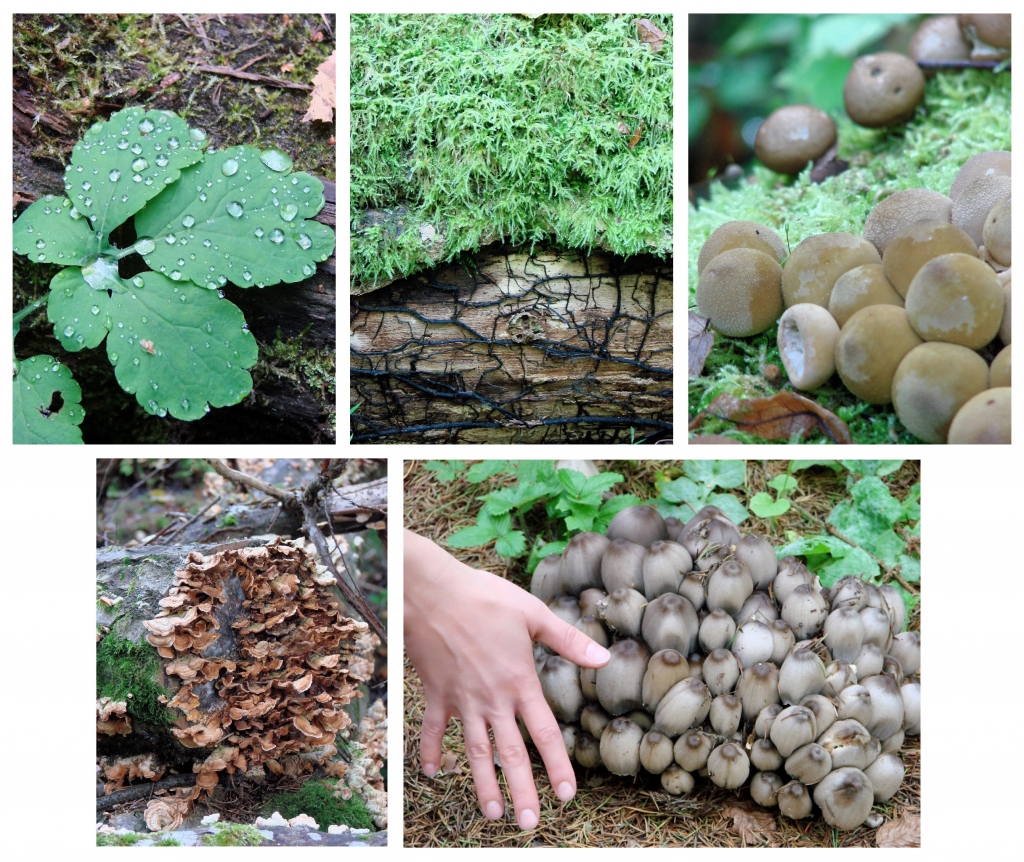 Is it just a forest?

Białowieża is a very little town. The entrance to the Białowieża strict forest reserve, is located in its outskirts. In addition to this wonderful forest, the town possesses other no fewer interesting attractions. Here are a few of them:

Demonstration reserve of the European bison

The Białowieża Forest has always been the mainstay of the richness of wildlife, and it’s largest and the most representative animal, was the European bison. Hunting by the royalty, cutting down trees over the centuries and the devastation of two world wars, caused the extinction of most animals and the bison disappeared from this area forever. The only bisons survived in closed animal farms and zoos. The reserve in Białowieża was established in 1929 and during the last century, it worked hard to restore the European bison to its natural environment. Today we have 650 bison heads, living wild in the Białowieża forest. The European bison demonstration reserve has an educational function. Animals in the Reserve are exposed in semi-natural conditions, in large yards covered with natural vegetation, so they may not be visible at all times. 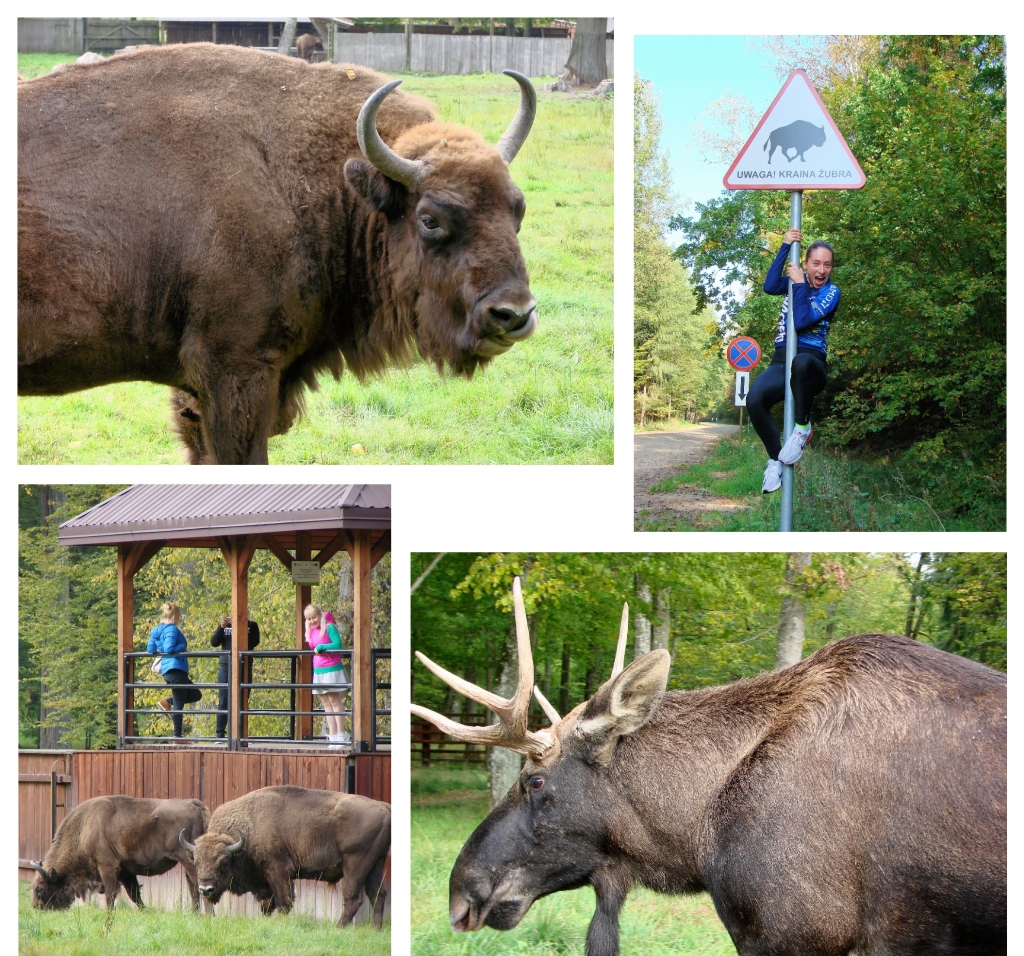 The Palace Park was founded after 1895, as an integral part of the private hunting residence, of the Tsars of Russia. The name of the “Palace” park refers to the most important object, this residence, which was the tsar’s palace (it burned down in 1944, and was finally demolished in 1962). These current elements of garden art and the remains of historic buildings, are the last witnesses of the distant history of the Białowieża Forest and constitute a common cultural and natural heritage, not only of the community living here but of the entire European society.

On the outskirts of Białowieża, there are numerous lookout towers. Always open to an accidental tourist, they create the opportunity to observe animals, that often leave the forest and approach homes, looking for food. These long and silent observations are a kind of meditation of nature, where restless thoughts cease, and the tired mind with everyday rush calms down, experiencing the sweetness of feeling here and now. 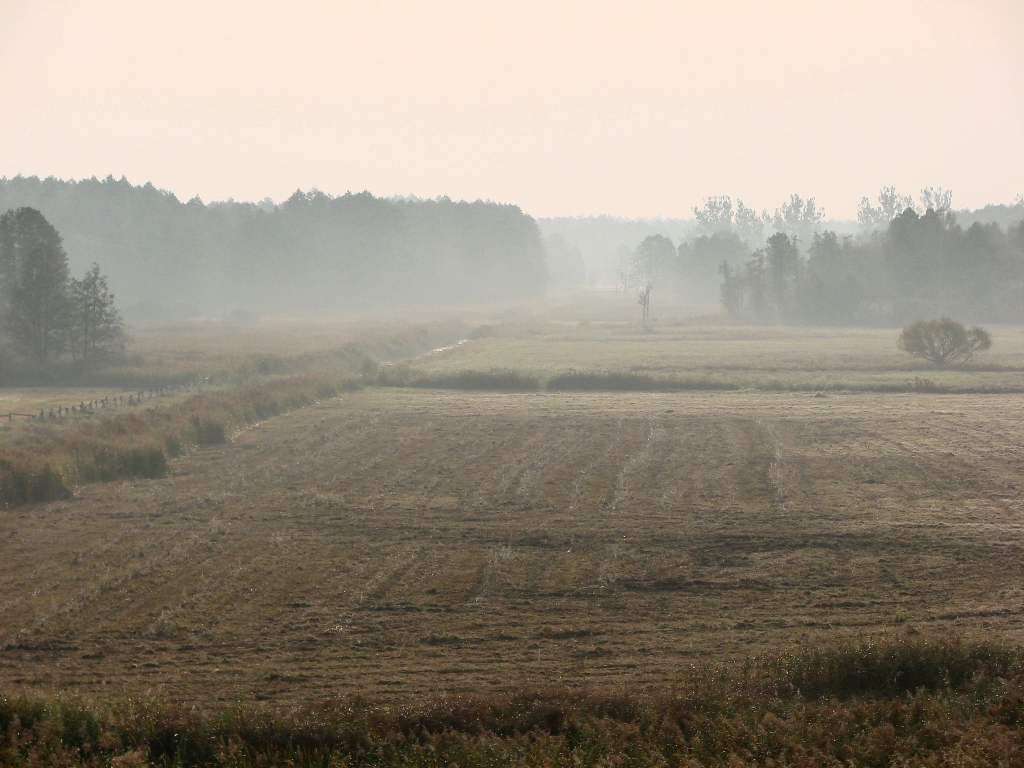 On the Zastawa road towards Pogorzelce, there is a beautifully restored open-air museum of the Podlasie village. A mill, a crane, painted houses and a church, are a micro picture of the life of the past.

Places of power are areas with a positive vibe, that is to say, there is a form of subtle vibration in them, that is the healthiest for humans. Thanks to it, we feel much better in these places, we relax faster, our vitality regenerates more easily and intuition is activated. The place of power located in Białowieża, is particularly puzzling and interesting. It is overgrown with many strangely formed, often multi-stem oaks, pines, and spruces. Between them are boulders and rocks, forming an ingenious system. It is believed that this was a place of worship of the ancient Slavs. An old legend has it, that there was a place in the Białowieża Forest, where the wizards gathered, using their power and stones to hold back enemies and evil powers.